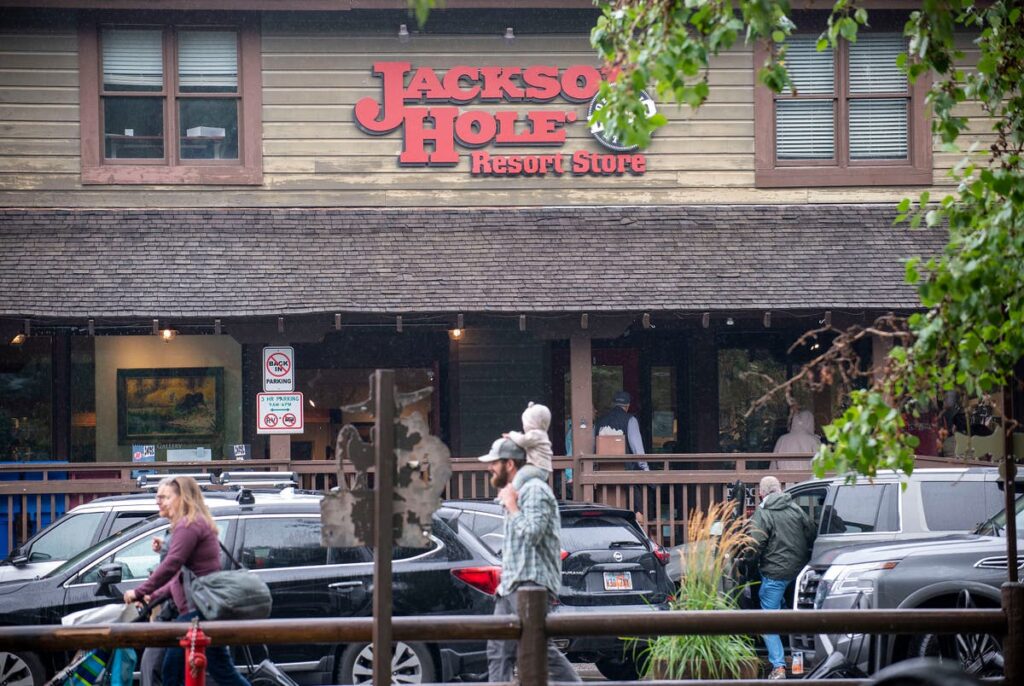 Outdoor clothing company Patagonia has pulled out of supplying a Wyoming ski resort after it hosted an event starring firebrand congresswoman Marjorie Taylor Greene, according to reports.

Patagonia, a California-based company known for supporting progressive issues, confirmed on Tuesday that it would no longer sell its products at three stores in Teton Village, an area of the Jackson Hole Mountain Resort, according to Wyofile.

It follows an event on 5 August featuring Ms Greene and members of the so-called “Freedom House Caucus”, who are supportive of former US president Donald Trump, and further a number of conspiracies popular with “MAGA” (Make America Great Again) crowds.

Admission to the event allegedly cost as much as $2,000 (£1,467), and included Mr Trump’s former chief of staff Mark Meadows and congressman Jim Jordan, of Ohio. It was thought to have raised funds for the group.

A Patagonia spokesperson said the company was joining “with the local community that is using its voice in protest” against Justin Hole for hosting the group of Republicans, after a handful of locals protested the MAGA event earlier this month.

“We will continue to use our business to advocate for stronger policies to protect our planet, end hate speech and support voting rights and a strong democracy,” the spokesperson added.

Jackson Hole said it was “proud to be the largest mountain resort operating on 100 per cent wind today, and that “we will remain focused on operating a world-class mountain resort and protecting the health and safety of our guests and employees”.

All three Republicans who appeared on 5 August have been accused of following the former president by wrongly claiming the US election was “rigged”, and of failing to protect the environment or voting rights for Americans.

Additional reporting by The Associated Press.