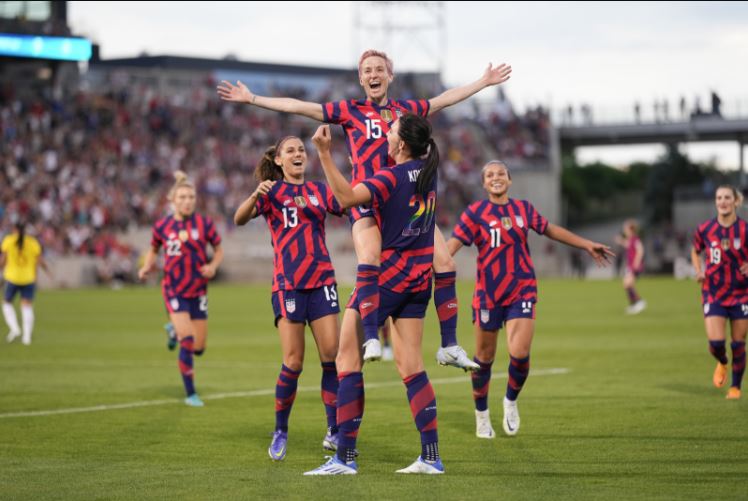 The present moment is one of polarity for queer people in sports.

At the same time, it’s a fraught time for queer people in the United States.

A recent poll indicates that most Americans do not think that trans women and girls should compete in sports with other women and girls. There is the “Don’t Say Gay” law recently passed in Florida, which many queer athletes have vehemently opposed, yet there’s traction for this kind of law gaining in other U.S. states.

Then there’s the striking down of Roe v. Wade, which means accessing safe abortions will be so much more difficult for many cisgender women, trans men, and non-binary individuals. On the day the decision was announced, Justin Clarence Thomas made it clear that he’s coming for gay marriage next — which has only been constitutionally protected since 2015.

Women’s sports have become a safe space for queer athletes, while men’s sports are still far behind in this regard. Who would feel comfortable coming out on a baseball team with players that said Jesus “encouraged us to live a lifestyle that would abstain from that behavior”?

After the U.S. Supreme Court removed federal abortion protections under Roe v. Wade, Rapinoe delivered an unplanned speech about what this meant for vulnerable Americans.

The next day, Rapinoe and the USNWT defeated Colombia 3-0, continuing a 68-game unbeaten streak at home.

Rapinoe’s resilience demonstrates what queer athletes have been doing for decades: fighting for their rights and the rights of others off the field while they strive to build legendary resumes on it.

With LGBTQ+ pride in mind, here are the athletes who broke barriers for queer folk across ten different professional sports leagues.