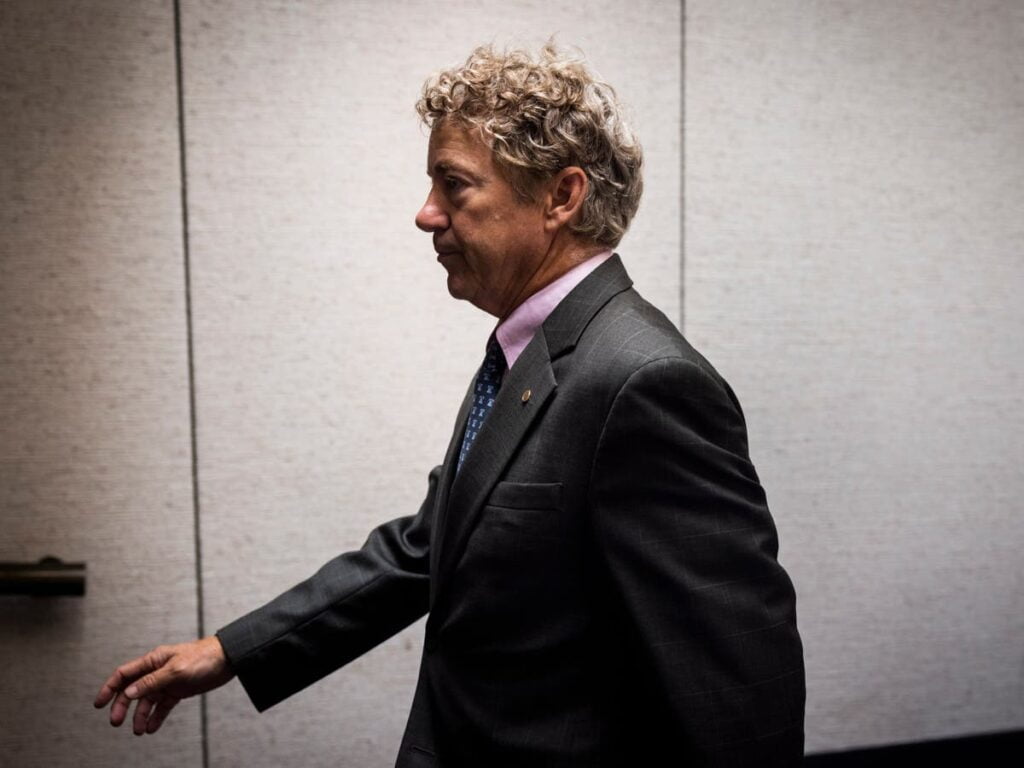 An outspoken Republican senator has temporarily been suspended from YouTube after he uploaded a video questioning measures to combat Covid, and even urged Americans to “resist” them.

Rand Paul, a senator for Kentucky, was reportedly suspended for a week from the video site on Tuesday. A YouTube spokesperson told The New York Times that the Republican violated rules on Covid misinformation.

“We apply our policies consistently across the platform, regardless of speaker or political views,” the spokesperson said, “and we make exceptions for videos that have additional context such as countervailing views from local health authorities.”

Mr Paul alleged in a three-minute video – among many baseless statements – that many “of the masks you get over the counter don’t work. They don’t prevent infection,” and that scientists were “trying to shape human behaviour”.

“They can’t arrest all of us,” said the Republican senator. “They can’t keep all of your kids home from school. They can’t keep every government building closed – although I’ve got a long list of ones they might keep closed, or might oughta keep closed”.

“We don’t have to accept the mandates, lockdowns, and harmful policies of the petty tyrants and feckless bureaucrats,” he went on. “We can simply say no, not again.”

While lockdowns have prevented the spread of further Covid cases all around the world, evidence from the Centers for Disease Control and Prevention (CDC) also shows that face masks do prevent infection.

The CDC said in November that wearing face masks reduces the spread of the virus, and that “individual benefit increases with increasing community mask use”, and by as much as 70 per cent – according to a study onboard the USS Theodore Roosevelt.

A handful of states and federal government agencies have reintroduced mask mandates in recent weeks amid a surge in the infectious Delta variant of Covid, which has irked Republicans.

Twitter, on Tuesday, suspended another firebrand Republican, congresswoman Marjorie Taylor Greene, for Covid misinformation. She said that the US Food and Drug Administration (FDA) should not give Covid vaccines full approval and that the vaccines were “failing”.

Her comments ignored the fact that less than half of adults in a number of Republican states are not fully vaccinated against Covid. Neither is it clear how many members of the GOP in Congress are vaccinated.

Mr Paul went on to label his suspension from YouTube as “a badge of honour”.