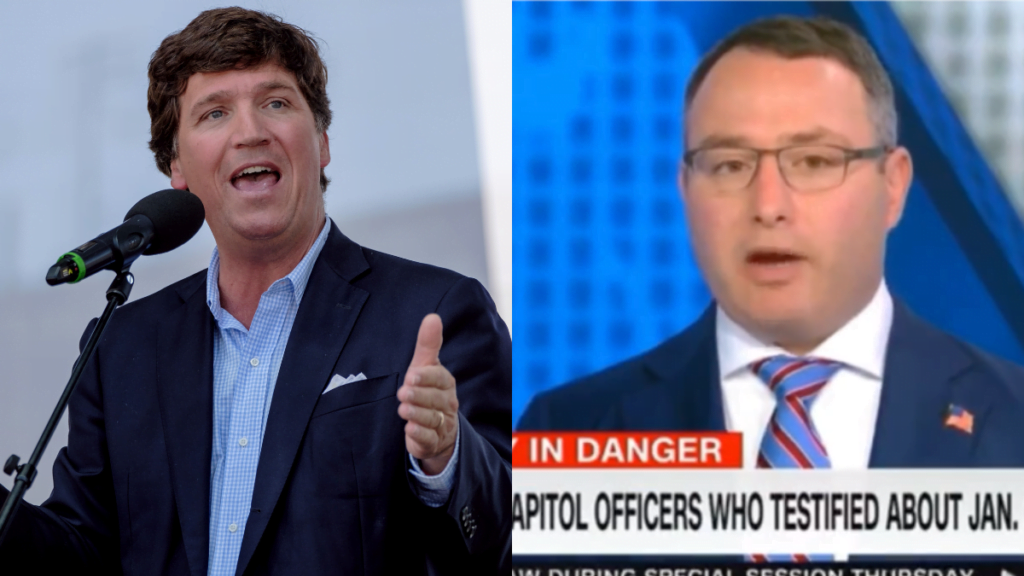 A retired United States Army lieutenant colonel who served in the Trump administration has attacked Fox News host Tucker Carlson, accusing the television personality of “hating” and tending to “demonize” the United States.

He added: “I would just ask the American public to take a look around, walk your streets … Does it look anything like the world Tucker Carlson portrays, or that Donald Trump portrays?”

While assigned to the National Security Council during the Trump administration, Mr Vindman served as part of the delegation at the inauguration of Ukrainian president Volodymyr Zelensky.

He ultimately became a key witness in the first impeachment investigation against Trump, testifying that, in the spring of 2019, he had become “aware of outside influencers promoting a false and alternative narrative of Ukraine inconsistent with the consensus views of the interagency” and offering firsthand knowledge of communication between Mr Trump and Mr Zelensky regarding investigations into the Biden family.

Mr Vindman has continued to be an outspoken Trump critic, just this week calling the businessman-turned-president a “vile man” who did more “damage to the United States than any other leader in recent US history” in an interview with the Washington Post.

In advance of the release of his new book Here, Right Matters, Mr Vindman told the Post that Mr Trump remained “an enormous threat”.

“I can make cold, hard calculations about the threat … former president of the United States Donald Trump poses. He continues to pose a keen threat based on propagating this lie that the election was stolen, in fact, he was the one trying to steal the election”.

Mr Vindman left the NSC in July 2020 following his testimony to Congress about Mr Trump’s activities, citing bullying and retaliation from members of the Trump administration. He previously served as its director for European affairs.

Mr Trump claimed to have never met Mr Vindman in a February 2020 tweet that simultaneously accused the military officer of being “very insubordinate”, causing his superior to file a “horrendous report” about him. The former president famously demonised members of his administration and the broader White House and military spheres who criticised him in any way following their respective exits from his administration.

The 45th president survived both impeachment efforts launched by Democrats over the Ukraine scandal as well as the attack on the US Capitol earlier this year, though his second impeachment trial ended in the most bipartisan support for a presidential impeachment in US history.