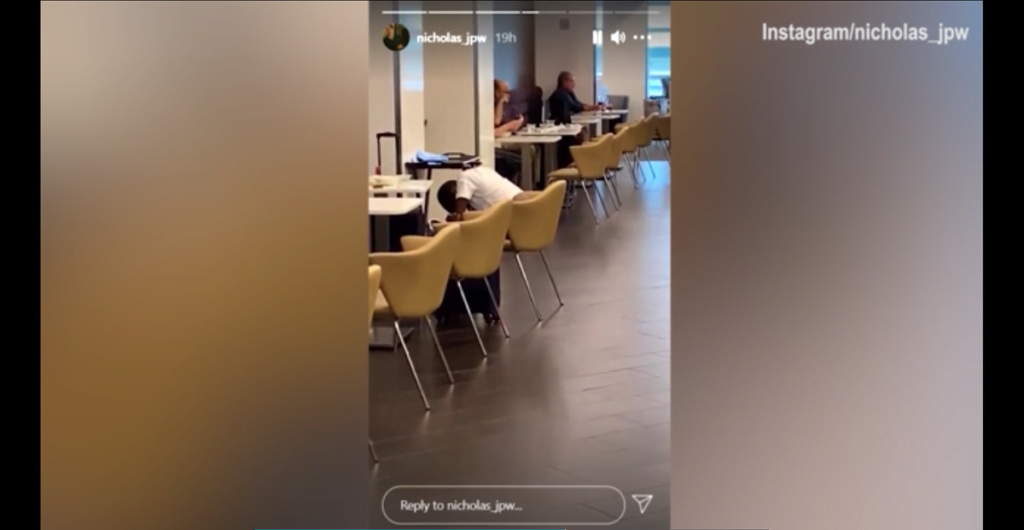 Rudy Giuliani was blasted on social media after Donald Trump’s former personal lawyer was seen shaving as he ate at an airport restaurant.

Video of the bizarre incident was shot by traveler Nick Weiss at New York’s John F Kennedy International Airport and reposted by actor Michael Rapaport, who had some harsh words for the former mayor of the city.

“Look at these disgusting filthy nasty slob ( Rudy Giuliani) shaving in a restaurant at JFK yesterday. You nasty pig you #Rudy,” he wrote.

“You nasty filthy, sloppy, disgusting, filthy f****** animal,” said the actor over the video on his social media pages.

Mr Giuliani was spotted inside the Delta One lounge, which is available to first and business class passengers using the airline.

There he ate a bowl of lobster bisque, before he was brought some chocolate brownies, Mr Weiss told DailyMail.com.

Then, instead of going to the bathroom to carry out his personal grooming, Mr Giuliani brought out his electric shaver and began tidying himself up on the spot.

And social media users were less than impressed.

“Omg I don’t have words for how gross that is. all of it. Rudy Giuliani. Shaving. In a restaurant. All of it,” tweeted @realleemoulin.

“Rudy is a pig shaving at a JFK FOOD COURT. Does this fool care about anyone else, how bad can he get?” tweeted Alex Cantwell.

It is the latest in a string of embarrassments for Mr Giuliani.

In April the FBI raided his home and office and seized computer equipment as part of an investigation into whether he violated lobbying laws while working for Mr Trump.

And last November, in the wake of the general election Mr Giuliani staged a press conference outside a Philadelphia landscaping company, Four Seasons Total Landscaping, rather than the city’s Four Seasons Hotel.