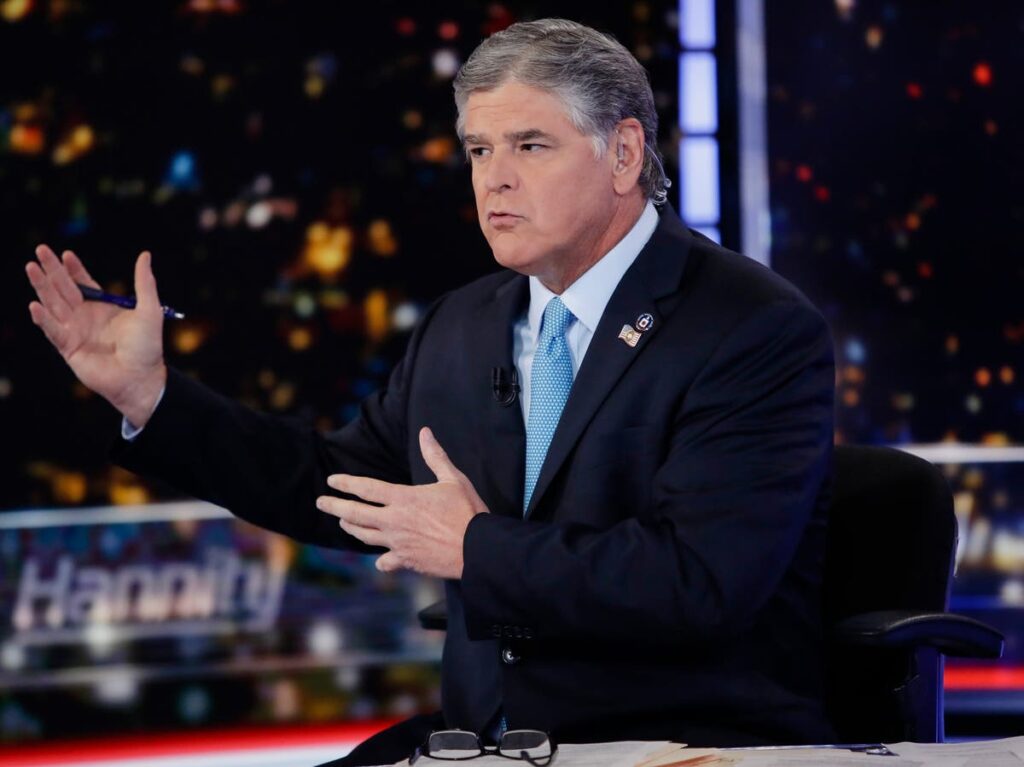 Fox News host Sean Hannity added a twist to his commentary on the US’s disastrous withdrawal from Afghanistan when he shoehorned a plug for MyPillow into a segment on the conflict during his radio show.

Speaking on The Sean Hannity Show, the right-wing host and pundit managed to move seamlessly from discussing the difficulty of getting Americans out of Kabul to discussing bedroom products – specifically those made by a company whose chief executive, Mike Lindell, is one of Donald Trump’s loudest and most erratic supporters.

Mr Hannity made his pitch for the company at the end of an impassioned segment on the US’s failure so far to guarantee safe passage out of the country for both Americans still there and those Afghans who helped them in their security and nation-building efforts.

“How would you like to be in Kabul today, as an American, and you can’t get to the airport?” he asked listeners. “Where are you thinking your life is headed? If you’re one of those family members, I bet you’re not sleeping. I don’t even think MyPillow can do it.

“MyPillow.com. That’s where I go. I fall asleep faster, I stay asleep longer. These are going to be a lot of sleepless nights for so many of our fellow Americans. We’ve got to get them home.”

MyPillow’s relationship with right-wing media has been fraught of late. Mr Lindell pulled the company’s ads from Fox News in July after the network declined to promote a three-day “cyber symposium” at which he promised to unveil evidence substantiating a baroque conspiracy theory about the theft of the 2020 election.

The three-day event, at which Mr Lindell gave a performance that was bizarre even by his own standards, ultimately yielded no evidence of any kind to call the election result into question.

After the rant-cum-commercial on his radio show, Mr Hannity screened an on-camera interview with Mr Trump in his Fox News slot, during which the sometime president railed against the Biden administration’s handling of the drawdown despite having set an even earlier deadline for it himself.

“What’s happening in Afghanistan is unbelievable,” he told Mr Hannity, “and we are being set up by very tough people that are very great negotiators. I’ll tell you what, they are automatically great negotiators who have been fighting for a thousand years and everything about them they negotiate.” (The Taliban was in fact formed in the early 1990s).

Other Fox News hosts besides Mr Hannity have struck a darker tone when it comes to the Afghan crisis, particularly on the matter of how many refugees from the country the US might accept.

Most alarmist of all was Tucker Carlson, who warned his viewers that the arrival of large numbers of Afghans in the US would constitute an “invasion” – the latest in a series of segments where he has embraced the racist theory that white people are being deliberately “replaced” as the dominant group in American society.

“If history is any guide,” he said, “and it’s always a guide, we will see many refugees from Afghanistan resettle in our country in coming months, probably in your neighbourhood.”