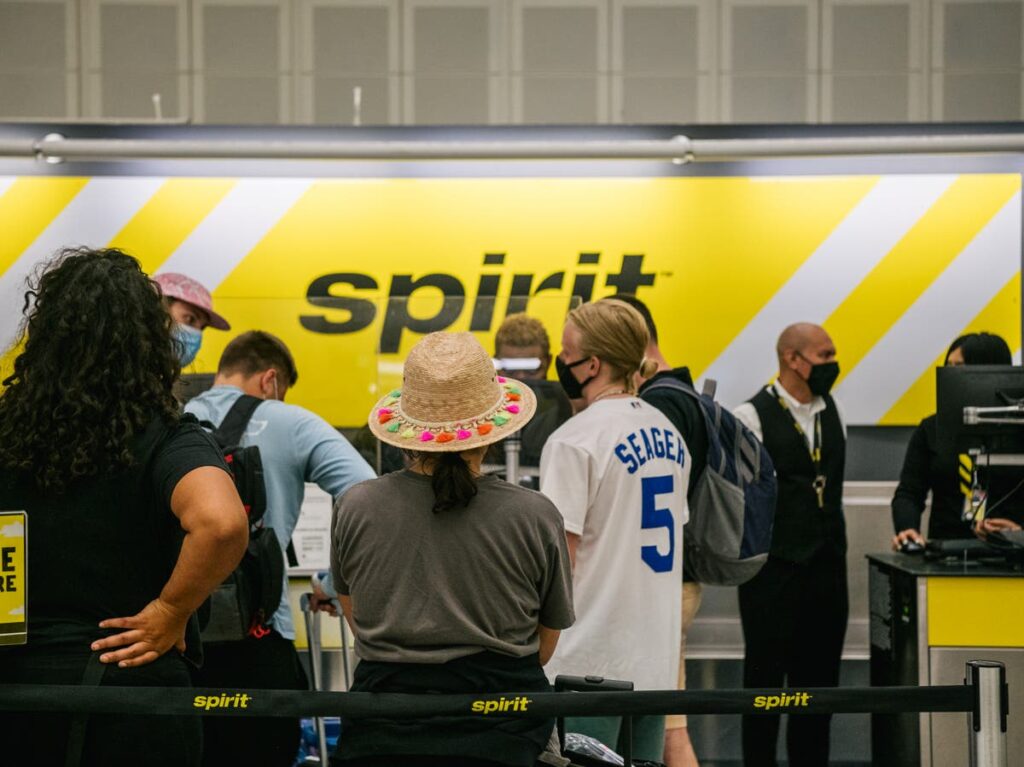 Spirit is offering double pay to flight attendants who work extra shifts as the budget airline struggles amid a flurry of flight cancellations.

Thousands of flights have been cancelled during what has amounted to a chaotic week for the airline and its CEO Ted Christie.

“It’s been a terrible week for us, our guests, all the team members working super hard trying to get us back to where we want to be,” Mr Christie told Good Morning America.

Spirit cancelled more than half the flights that were set to take off earlier this week, with the airline saying the service disruptions were due to weather, system outages, and a lack of staff.

The airline has cancelled around 1.700 flights since Sunday, CNBC reported. The cancelled flight made up more than half of the airline’s entire schedule on some days.

While there will still be further cancellations over the next few days, Mr Christie said the company is starting its recovery process.

“We’re starting to turn the tide here and get our operation back and that starts with building the airline back, making it as reliable as we want it to be,” he said. “But it’s going to take some time to build back that confidence and earn that trust again.”

The chaos infuriated customers stuck at airports and prompted angry messages to be sent to the company on social media platforms.

“There’s definitely some angry people,” Mr Christie told reporters on Thursday. “Right now, all I can say is we’re very sorry for what happened.”

Mr Christie, who became the CEO of the airline on New Year’s Day 2019, added: “This is a gut-punch to everyone.”

Delays in July snowballed for the company as the problems led to staffing shortages prompted by crews timing out by reaching the maximum time they’re allowed to work each day.

“We couldn’t get in front of it,” Mr Christie said of the growing systemic issues, estimating that “tens or hundreds of thousands” of customers were affected.

According to flight-tracking site FlightAware, more than 230 of the airline’s flights were cancelled on Friday, making up about a third of its schedule.

Mr Christie said the company should have cancelled more flights earlier on to regain its footing, but instead they pushed on to provide flights to the many travellers flying for the first time since the start of the Covid-19 pandemic.

“We’re beginning to turn the corner and get our legs under us where we can start to build back to where we were before,” he said.