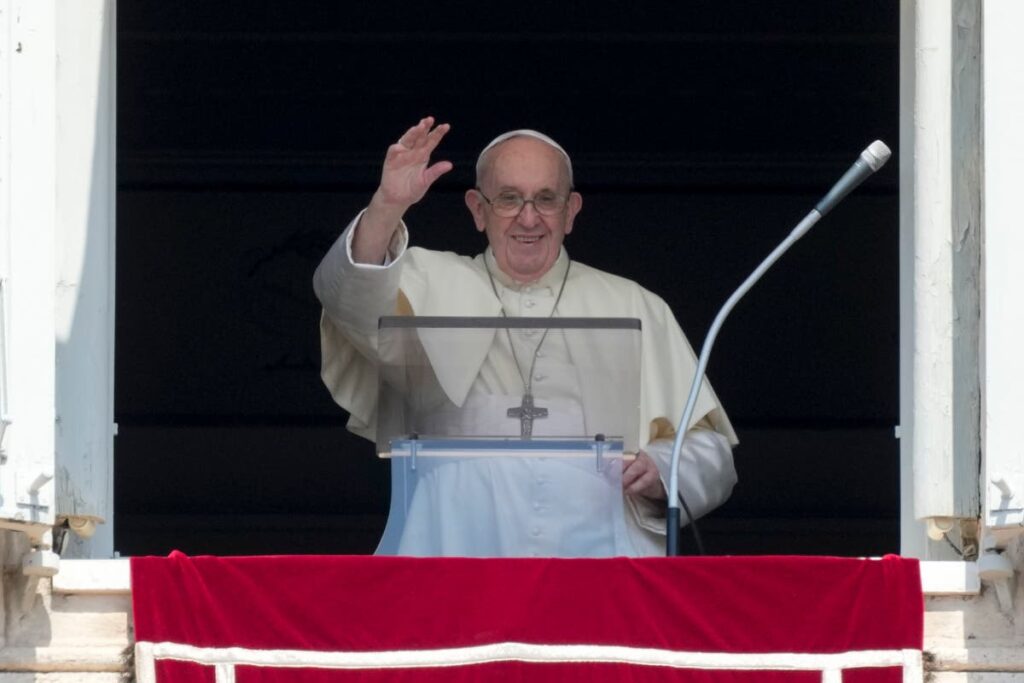 VATICAN CITY — Pope Francis is adding his voice to a campaign to overcome vaccine skepticism, issuing a public service announcement insisting that vaccines are safe, effective and an “act of love.”

The video message released Wednesday is aimed at a global audience but directed particularly at the Americas. It features six cardinals and archbishops from North, Central and South America as well as the Argentine-born pope. It was produced by the Vatican and the Ad Council, which has produced a series of pro-vaccine ads in a bid to get more people vaccinated.

He added: “Vaccination is a simple but profound way of promoting the common good and caring for each other, especially the most vulnerable.”

Francis had emphasized at the start of the pandemic the need to ensure equal access to the vaccine, especially for the poor. But faced with increasing skepticism about vaccines especially among religious conservatives, the Vatican has vowed an all-out effort to overcome hesitancy and encourage widespread vaccination.

The Vatican has declared that it is morally acceptable for Catholics to receive COVID-19 vaccines, including those based on research that used cells derived from aborted fetuses.

MORE ON THE PANDEMIC:

— Texas Gov. Abbott is at least the 11th governor to test positive; his office says he’s experiencing no symptoms

HERE’S WHAT ELSE IS HAPPENING:

BEIJING — Beijing’s top official is reiterating the need for strict anti-coronavirus measures at next year’s Winter Olympics, now less than 200 days away, although it remains unclear whether spectators will be permitted.

Beijing is intent on holding a games that are “simple, safe and exciting,” Cai Qi, the city’s Communist Party chief and president of the Beijing organizing committee was quoted as saying by state media.

On a tour of venues Monday, Cai emphasized strict measures to prevent the spread of the virus were needed in preparing for and holding the Games. He said all venues must be carefully checked for points where the virus could be transmitted and each must adopt their own specific measures.

Cai said steps must be taken to avoid the virus from being spread between different groups, but did not say whether general spectators would be permitted in the stands.

Indoor events such as ice hockey, skating and curling will be held at new or repurposed venues in central Beijing, while skiing and other outdoor events will be held outside the city and in neighboring Hebei province.

China has also seen a recent spike in cases, though on a smaller scale than in other countries, and is maintaining its “zero-tolerance” policy of eliminating the spread of the virus through lockdowns, travel restrictions and mass testing.

State media have reported Beijing may administer booster shots to all Olympics staff as a further safeguard against the delta variant, against which China’s domestically developed vaccines have been cited as less effective.

The announcement Wednesday came a day after Prime Minister Jacinda Ardern imposed a strict lockdown after the first case was reported. The lockdown is for at least three days for the country and at least a week for the cities of Auckland and Coromandel.

Ardern said Wednesday the government expects the number of cases to keep growing, especially after some of those infected spent time at a church, a school, a casino and a hospital. She announced a new mandate compelling people to wear masks in supermarkets, gas stations and pharmacies during strict lockdowns.

Ardern says genome testing has confirmed the outbreak is of the delta variant and originated from an outbreak in Sydney, although it’s not yet clear how the virus breached New Zealand’s border quarantine controls.

SYDNEY — Australia’s most populous state is reporting a record 633 new coronavirus infections as concerns grow about the spread of the delta variant beyond Sydney. The previous high for a 24-hour period in New South Wales was 466 on Saturday.

Officials also said Wednesday that three people died in the period, bringing the death toll to 60 from the outbreak first detected in Sydney in mid-June.

Officials say infections were reported in towns in the state’s west, north and central region in recent days. Sydney has been in lockdown since June 26 and the entire state has been locked down since Saturday.

The national capital of Canberra is surrounded by New South Wales and it reported 22 new infections from a cluster that originated in Sydney.

PHOENIX — Arizona Gov. Doug Ducey is upping the pressure on public school districts defying a state ban on mask mandates by threatening to cut off some funds.

The governor said Tuesday that schools won’t get any cash from a $163 million grant program he controls if they don’t drop mask rules within 10 days. Schools also will lose out on the $1,800 per student if they have to close because of coronavirus outbreaks.

At least 16 districts teaching nearly a third of the state’s 1.1 million public school students now have mask rules. A judge ruled this week that the state ban does not take effect until Sept. 29.

Ducey also announced a $10 million program that will give $7,000 for a student to use for private schooling if their public school requires isolating or quarantining due to virus exposure, orders mask wearing or gives preferential treatment to vaccinated children.

HOUSTON — At least four school districts in Texas have closed campuses due to coronavirus outbreaks early in the new school year.

The school district in Gorman in North Texas had been set to begin the school year Wednesday but is delaying that by a week. Campus shutdowns also were announced Tuesday by the districts in the East Texas towns of Bloomburg and Waskom.

Those moves came a day after the Iraan-Sheffield district in West Texas closed its schools for two weeks.

Mask wearing was optional in these four school districts. At least 21 other districts, including some of the state’s biggest, have instituted mask mandates, which are in violation of Abbott’s executive order banning such measures.