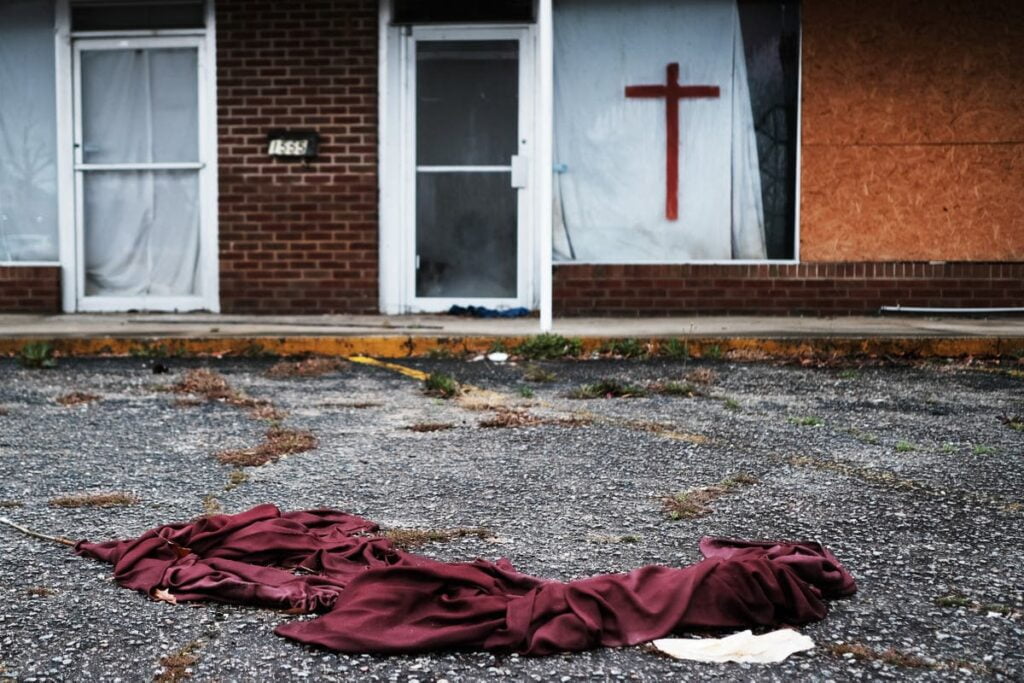 Three students are injured after a drive-by shooting at a South Carolina high school.

Law enforcement officials have evacuated students to the school’s technology center down the street, where parents and guardians can pick up their children, the officials added.

Initial reports suggest the shooter was not a student.

The three students who were shot around 3:30pm are believed not to have life-threatening injuries, Orangeburg-Wilkinson high announced on Wednesday evening.

“All students are safe and being accounted for following such a traumatic experience this afternoon,” school officials wrote. “Our community’s continued patience and prayers are requested for all students, especially those who sustained injuries resulting from this afternoon’s tragedy. Additional information will be shared regarding the extent of injuries, which are believed at this time to be non-life threatening.”

The Independent has reached out to the Orangeburg County Sheriff’s Office for more details.

The shooting occurred during students’ first week back at the 1,089-student school, having returned to class on Monday.

“[School resource officers] and different factions of law enforcement work with their teachers and staff and work on safety plans. They try to be prepared for an event like this,” Lee Foster, sheriff of nearby Newberry County, told WLTX on Wednesday. “It’s a very sad state of affairs when you have to be ready for an event like this. But you have to be ready in today’s world.”Sports practices and other school activities were canceled for the day.

“It is very devastating,” one parent with a son at the school told the network. “It shouldn’t have happened. But it did. I’m just praying that everything works out and they found out who did it and it doesn’t happen again.” Bakari Sellers, the writer and former South Carolina US representative, lamented the shooting at his alma matter. “Prayers for my high school, O-W,” Mr Sellers wrote on Twitter on Wednesday. “Another school shooting.”

South Carolina state representative Jerry Govan, a Democrat, arrived on the scene shortly after the shooting, and said it may cause school officials to review their security policies.

“We have to address these things,” he told reporters. “You can’t turn campuses into fortresses, but we can each do our part.”

The incident in South Carolina is the latest school shooting to occur since many students around the country returned to classrooms. Last week, a shooting at a middle school in Albuquerque, New Mexico, left one teen boy dead.

There have been at least 439 mass shootings in 2021, according to the Gun Violence Archive, and if trends continue, this could be the worst period for school shootings in decades.