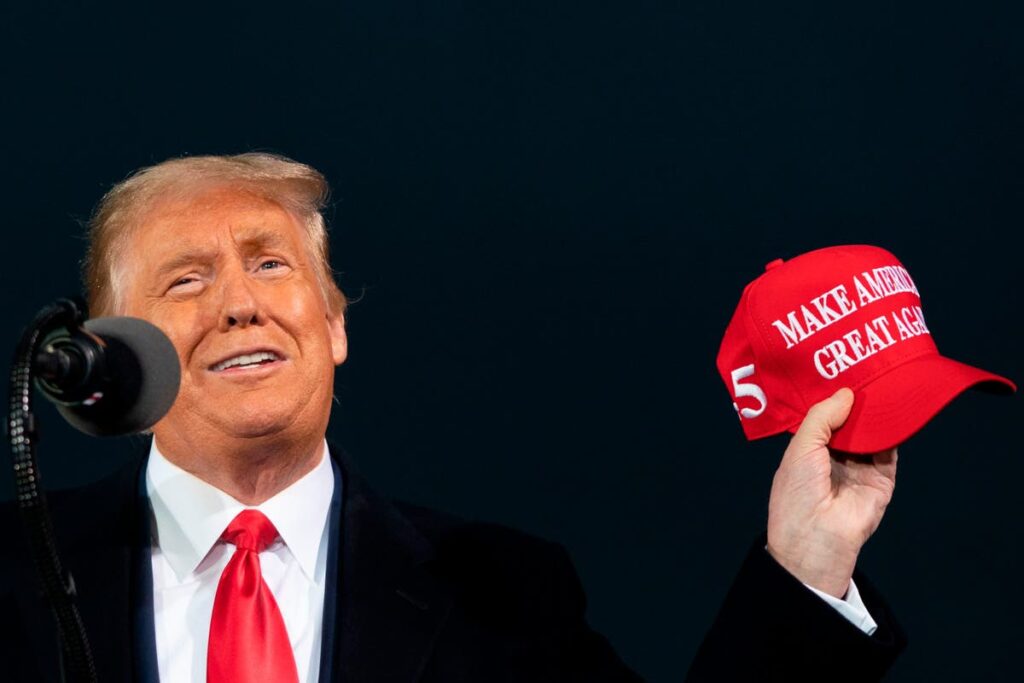 Members of Donald Trump’s “inner circle” have allegedly been reaching out to Instagram influencers, some only teenagers, to promote the former president’s fundraising efforts as well as their own businesses.

According to a Huffington Post report, some of Mr Trump’s former team have been tapping into a network of far-right social media accounts which posts memes on right-wing conspiracy theories and anti-Covid vaccine propaganda to millions of followers.

Huff Post claims that these Instagrammers, some of whom are as young as 14, were initially hired by MAGA merchandise brands to display ads to their followers.

The Independent has reached out to the Office of Donald Trump, Mr Lindell, Mr Miller, and the NRSC for comment.

Several pages have such vast reach that the fees can add up quite substantially. Huff Post reports that a recent GETTR ad campaign earned meme-creators $0.85-per-conversion with a cap of 25,000 conversions, amounting to $21,250.

Instagram account operators have the ability to run influential, under-the-radar campaigns, which are more difficult to regulate than traditional advertising channels. This makes them more prone to become hotbeds of disinformation.

The Huff Post investigation found that few meme campaign ads are labeled as paid endorsements — a potentially illegal practice for which Instagram account holders, promoted parties and any intermediaries could be held liable.

While ads placed through Instagram’s business platform are recorded and subject to public scrutiny, these posts are usually deleted within a day or two making them much harder to trace and regulate.

One account operator with hundreds of thousands of followers told the Huffington Post: “A lot of this stuff is very down-low.”

The minor, who requested anonymity, has posted dubious content including false information about Covid vaccines, false allegations that President Joe Biden is a pedophile, and racist content calling for the deportation of politicians who are women of color.

“There’s a lot of money to be made,” one account holder said. “You just gotta know the right people.”