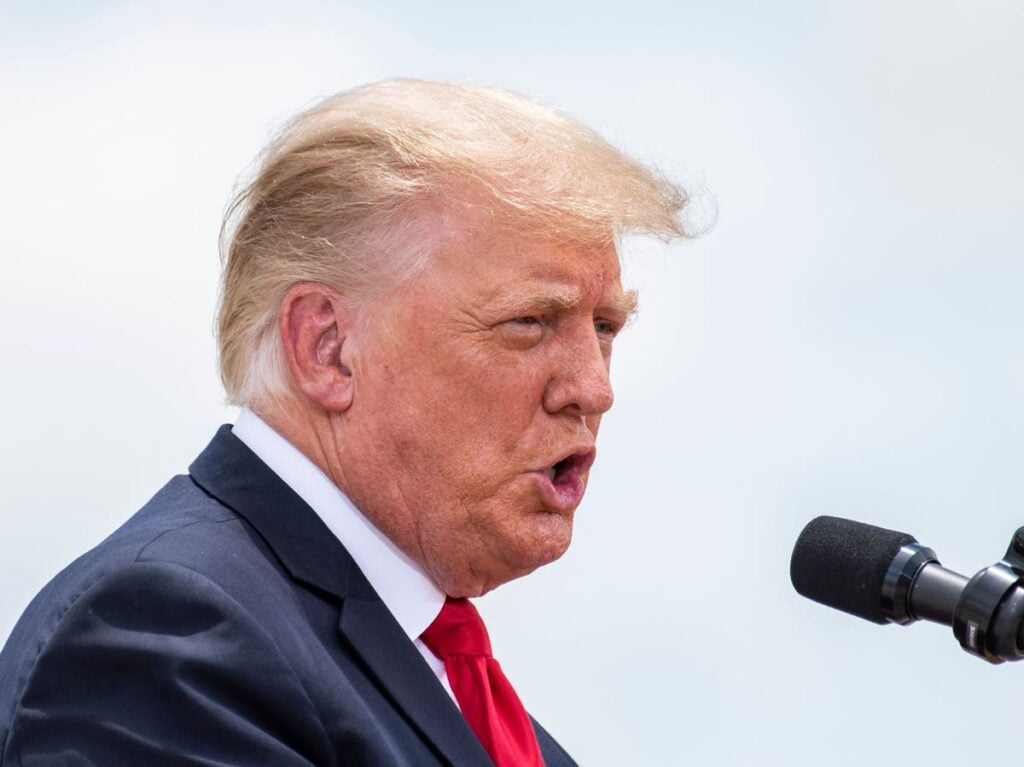 Former president Donald Trump has completed yet another act of retribution against his perceived political enemies, endorsing former congressional candidate Sean Parnell in the Republican primary to replace retiring Sen Pat Toomey of Pennsylvania, who voted to convict the former president after his second impeachment.

Like Mr Trump, Mr Parnell refused to concede to Rep Conor Lamb in last year’s House race, which Mr Trump alluded to in his endorsement.

“Sean is a great candidate, who got robbed in his congressional run in the Crime of the Century – the 2020 Presidential Election Scam,” he said. “He will make Pennsylvania very proud and will fight for Election Integrity, Strong Borders, our Second Amendment, Energy Jobs, and so much more. Sean Parnell will always put America First. He has my Complete and Total Endorsement!”

Mr Trump won Pennsylvania in 2016 but often had a tense relationship with Mr Toomey, who only revealed he voted for Mr Trump on Election Day as he ran for a second term. Prior to Mr Trump’s election, Mr Parnell vocally criticized Mr Trump on multiple occasions, as Pittsburgh City Paper reported.

The endorsement is also personal given that Mr Toomey voted to convict Mr Trump earlier this year after the former president was impeached in the wake of the attempted insurrection on 6 January.

But Mr Trump also is targeting Rep Jaime Herrera Beutler, who was one of ten Republicans in the House who voted to impeach the president earlier this year. Mr Trump announced his endorsement of Joe Kent, who is running in Washington’s 3rd District against her.

“In Congress, Joe will be a warrior for the America First agenda, unlike Jaime Herrera Beutler who voted, despite the facts, against the Republican Party and for the Democrats’ Impeachment Scam.”

In addition to voting for impeachment, Ms Herrera Beutler also confirmed that House Minority Leader Kevin McCarthy had called Mr Trump to ask him to call off the riot and the then-president told Mr McCarthy, “Well, Kevin, I guess these people are more upset about the election than you are.”

Mr Trump said he met with Mr Kent at Dover Air Force Base after his wife was killed in combat.

“It was a very sad moment in Joe’s life, but I was incredibly impressed with him and told him that he should someday run for office – we need his voice and leadership in Washington, D.C.,” Mr Trump said in a statement. “Now he is running, and Joe Kent has my Complete and Total Endorsement!”