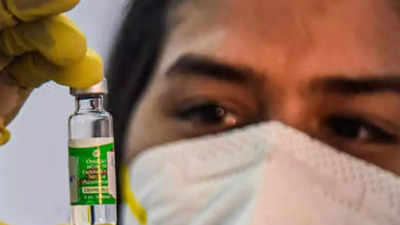 The United Kingdom has included AstraZeneca Covishield in its list of accepted vaccines against Covid-19.
However, as of now, that does not translate into relief for quarantine for fully vaccinated (with WHO-approved Covishield) travellers from India under the relaxed rules that come into force from October 4.

The UK has raised doubts over Indian Covid vaccination certification process. Due to this, even fully vaccinated (with Covishield) from India will continue to need to quarantine in the UK on arrival under relaxed rules for non red list, or rest of world, countries applicable from October 4.
India, which is no longer on UK’s red list, and UK are working to resolve this issue following an uproar among Indian travellers over being denied the relaxed norms. India has warned of taking similar action.

British High Commissioner to India, Alex Ellis, said: “We’re clear Covishield is not a problem. The UK is open to travel and we’re already seeing a lot of people going from India to the UK, be it tourists, business people or students. Over 62,500 student visas have been issued in the year ending June 2021, which is an increase of almost 30% as compared to the previous year. We want to make the process of travelling as easy as possible.”

Racism, offensive: Jairam Ramesh, Shashi Tharoor slam UK’s Covid travel rules
Passengers who aren’t recognised as being fully vaccinated with authorised vaccines and certificates under England’s international travel rules, including Indians, will still have to take a pre-departure test, a day 2 and day 8 PCR test, and self-isolate at their given address for 10 days upon

Racism, offensive: Jairam Ramesh, Shashi Tharoor slam UK’s Covid travel rules
“We have been having detailed technical discussions regarding certification, with the builders of the CoWIN app and the NHS app, about both apps. They’re happening at a rapid pace, to ensure that both countries mutually recognise the vaccine certificates issued by each other,” Ellis said.

CoWin vaccine certificates ‘foolproof’, have all details: Officials counter ‘UK’s doubts’
The UK government website, in an update on Wednesday, mentioned Covishield in the list of accepted vaccines. However, a spokesperson for the British High Commission in Delhi had said this Monday, “We are engaging with the government of India to explore how we could expand UK recognition of vaccine certification to people vaccinated by a relevant public health body in India.”

India warns UK of reciprocal steps over vaccine ‘discrimination’
“Covishield is a licensed product of the UK company, manufactured in India of which we have supplied five million doses to the UK,” said Shringla, pointing to the inconsistency in the rules announced by the British government. According to the new rules, Indian travellers who have received both

A spokesperson for the British High Commission in Delhi on Monday also said: “The UK is committed to opening up international travel again as soon as is practicable and this announcement is a further step to enable people to travel more freely again, in a safe and sustainable way, while protecting public health. We are engaging with the Government of India to explore how we could expand UK recognition of vaccine certification to people vaccinated by a relevant public health body in India.”

On September 17, the UK announced a new travel system which has just a red list and rest of the world. New rules apply to rest of the world arrivals in England from October 4. But for those from India, the conditions are the same when India was moved from the red to amber list.
On April 23, 2021, UK had put India on its red list during the devastating second wave here. This meant Indian citizens were not allowed to enter UK. And a handful of categories exempt from this restriction like British citizens/residents going from India needed to quarantine in a hotel on arrival in the UK for 10 days.

From August 8, India was moved from the red to the amber list. “This means: Visit visas for the UK from India are open (in addition to other visa long-term visas that have remained open); travellers arriving in England can complete a 10-day quarantine at home or in the place they are staying (not mandatorily quarantine in a managed hotel); Under the voluntary Test to Release scheme, they can choose to pay for a private Covid-19 test on day 5 of the quarantine. If the result is negative, they can end their quarantine,” the spokesperson had said this August.

Visa applications from Indian travellers for all categories continue to be processed and you do not need to be vaccinated to travel to the UK.
Regardless of your vaccination status, travellers from India must take a pre-departure test, and must take a Covid-19 test on or before Day 2 and on or after Day 8, and self-isolate for 10 days. Travellers can also choose to shorten their home quarantine to around 5 days under the test of release service.