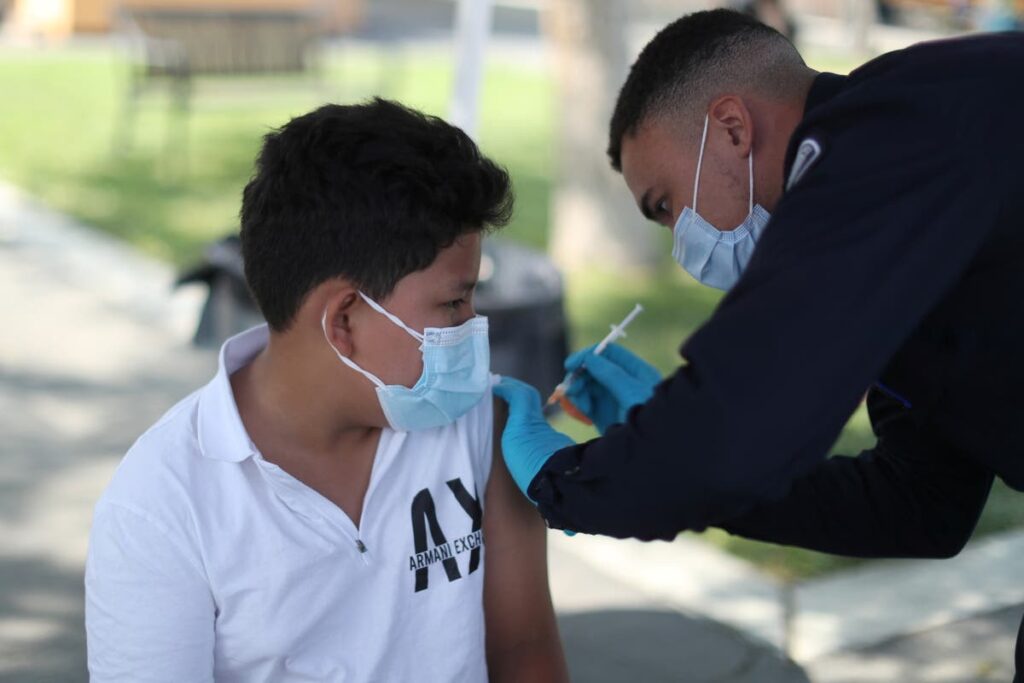 People who were not vaccinated against Covid-19 were nearly five times as likely to be infected and 29 times more likely to be hospitalised than people who were inoculated from the disease, according to research from Los Angeles published by the US Centers for Disease Control and Prevention.

The evidence follows the release of several similar studies revealing the vaccines’ ability to significantly reduce the risk of severe illness, hospitalisation and death, while underscoring the alarming impacts of infections and transmission among the unvaccinated as the more-contagious Delta variant becomes dominant.

Another report released from the CDC on Tuesday also illustrated the waning efficacy of vaccines against the surge in Delta infections, which US health officials signalled earlier this month following several weeks of climbing rates of severe illness that have overstressed health systems and warnings to Americans that vaccines remain the best defence to keep people out of hospitals.

Research from the US, Israel and the UK has shown a partial decline in vaccine efficacy against mild to moderate to severe infections, though it is unclear whether that decline has followed dropping levels of immunity, a rise in transmissions amid dropped restrictions and less-stringent health guidelines like wearing masks, or the Delta variant’s dominance, or a combination of all three factors.

In the latest CDC study, focusing on a cohort of frontline health workers, vaccine effectiveness was reduced to 66 per cent in recent months, compared to 91 per cent in months that preceded Delta’s dominance.

Results from the Los Angeles study – reviewing infections from 1 May through July, when the Delta variant was predominant – “are similar to those from recent studies indicating that Covid-19 vaccination protects against severe infections with increasing prevalence of the Delta variant,” the report says.

“Efforts to increase Covid-19 vaccination coverage, in coordination with other prevention strategies, are critical to preventing” hospitalisations and deaths, according to the CDC.

White House health officials have pointed to a rise in vaccination efforts, now averaging roughly 450,000 shots per day, with 6 million shots within the last seven days, the highest seven-day total in more than a month, according to chief coronavirus adviser Jeff Zientz.

“The way to end this pandemic is more vaccinations,” he told reporters on 24 August.

Still, rates of infections and deaths from Covid-19 continue to climb, according to CDC director Rochelle Walensky.

Following rising rates of hospitalisations for coronavirus, the seven-day average of daily deaths from the disease is now 739, marking an increase of 23 per cent from the previous seven-day period, she said.

Dr Walensky told reporters on 18 August that officials “are concerned that the current strong protection against severe infection, hospitalisation and death could decrease in the months ahead, especially among those who are at high risk or who were vaccinated earlier”, which has prompted health officials to recommend “booster” shots for vaccinated Americans eight months after their second dose of the two-dose drugs from Moderna and Pfizer.

“The overall purpose of vaccines is to keep us out of the hospital,” US Surgeon General Vivek Murthy added last week.

More than 171 million eligible Americans ages 12 and older are fully innoculated from Covid-19, according to CDC data as of 23 August.

Following Pfizer’s full approval order from the Food and Drug Administration on Monday, several large companies and institutions have issued requirements that employees be inoculated from the disease, which is likely to trigger more requirements in healthcare and other frontline work and elsewhere.

Requirements were issued for federal workers, service members through the US Department of Defence, healthcare workers at the departments of Veterans Affairs and Health and Human Services. Universities across the US have also issued requirements for students and staff.

Drugstore chain CVS Health, which operates nearly 10,000 retail pharmacies, will require staff and nurses to be fully vaccinated by 31 October.

The Louisiana health system Ochsner, one of the largest employers in the state, also is requiring its employees to be vaccinated.

Unionised employees at Walt Disney World in Florida also must be vaccinated by 22 October.

Businesses and institutions “must step up” and follow their lead, Mr Zientz said on Tuesday.

“You have the power to protect your communities and end the pandemic through vaccination requirements,” he added.