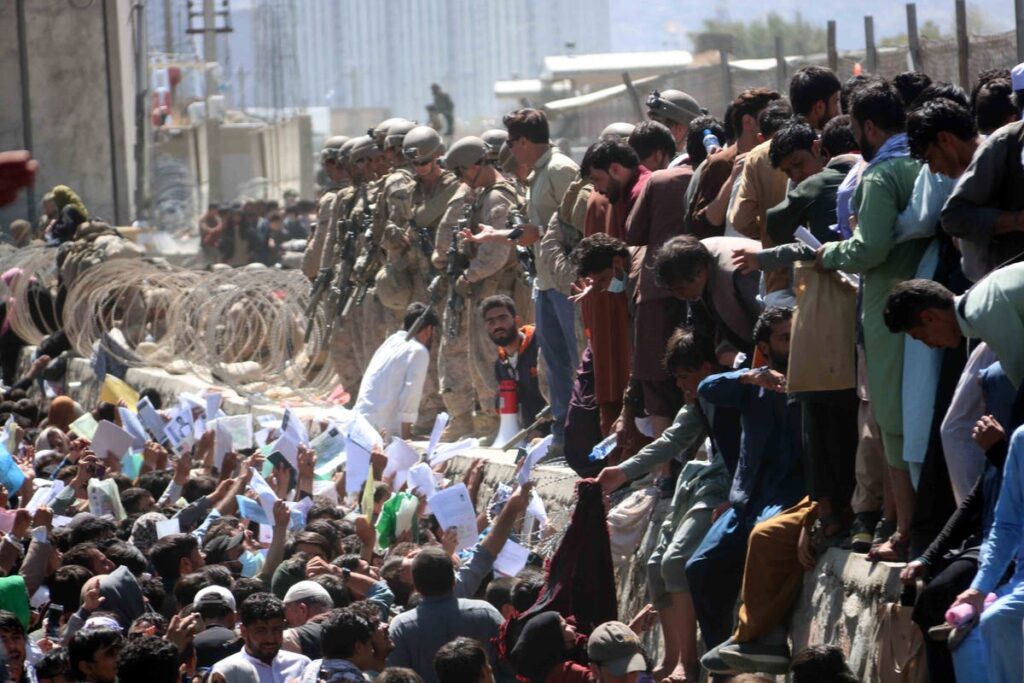 US commanders are on high alert for more deadly attacks, including those involving rockets and vehicle-borne explosives, following Thursday’s double-strike blast and gunfire outside Kabul airport that killed 95 people, including 13 American soldiers.

Confirming that more attacks from Isis are anticipated, General Frank McKenzie, head of US Central Command, said: “We’re doing everything we can to be prepared.”

General McKenzie said they have some intelligence inputs from the Taliban and he believed “some attacks have been thwarted by them.” His comments come amid fear of other possible strikes at the Kabul International Airport as thousands gather there to flee the country.

Hours before the deadly attack, the US and UK had issued a warning asking people to stay away from the airport premises.

Taliban has denied any role and said that they have also lost 28 of their fighters in the attack, believed to have been orchestrated by an Islamic State-Khorasan or Isis-K suicide bomber.

The affiliate terror group took responsibility for the attack and said that one of its suicide bombers targeted “translators and collaborators with the US army. The Islamic State group operates from Afghanistan and Pakistan, planning attacks against American personnel.”

US President Joe Biden-led administration has vowed to avenge the attack which came at a very sensitive time for US troops, American citizens in Afghanistan, and tens of thousands of civilians who are rushing to flee the country and escape the Taliban regime, expected to be implemented in less than a week.

Mr Biden has promised to hunt the perpetrators down and “make them pay”, and said that the Pentagon has been asked to plan a strike on Isis-K.

The twin attack, one which took place near the airport, was the deadliest in a decade, scaring families who are fleeing the country. The visuals from the spot showed dozens of bodies strewn around a canal, a place used by scores of people in their attempt to enter the airport. Amid shortage of ambulances, the inured people were seen wheel-carted to nearby hospitals.

A 24-year-old civil engineer Zubair, who witnessed the attack, told Reuters news agency: “I saw bodies and body parts flying in the air like a tornado blowing plastic bags.”

At least 18 US soldiers who were injured in the attack are being “aeromedically evacuated” on specially equipped C-17s that have surgical units.

The attack has mounted intense pressure on the US and its allies to carry out a speedy evacuation to help thousands wanting to leave the country.

US and its allies have evacuated nearly 100,000 people since then and has said that it expects thousands to be left behind in what has been termed as a “hasty pull-out”.

Left with no choice, US has sped up the evacuation process further amid terror threats as it races against time.