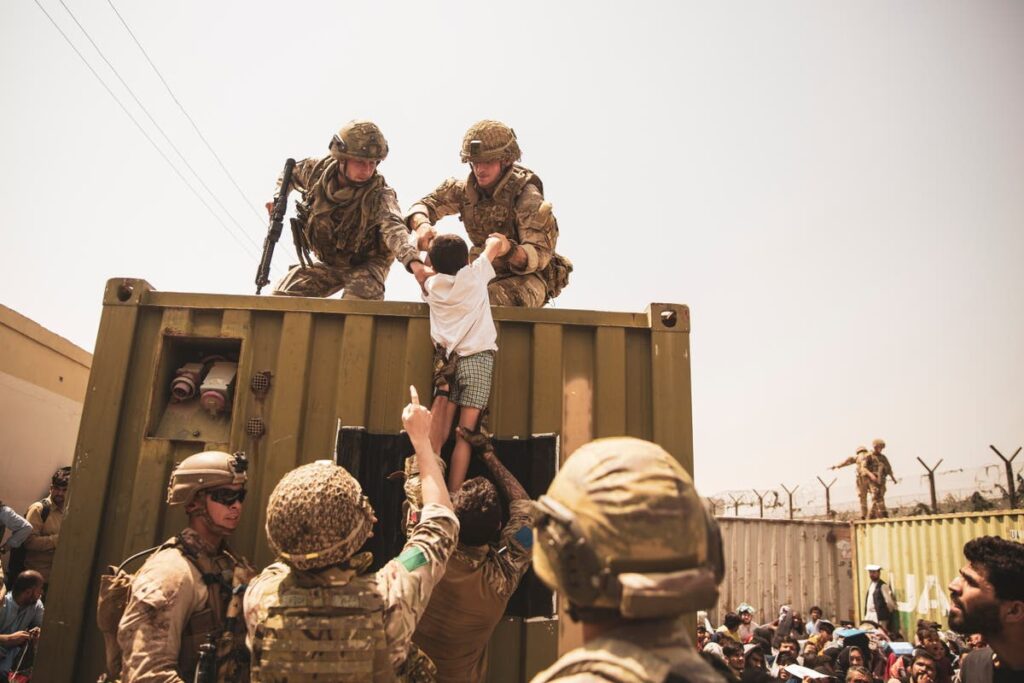 Pentagon officials confirmed that 17,000 people have been evacuated from Kabul Airport in Afghanistan since the military withdrawal began on 14 August. With the inclusion of individuals evacuated prior to the start of the US operation in Kabul around the end of July, that number increases to 22,000.

Included among the total evacuees were 2,500 American citizens. Pentagon spokesman John Kirby noted during a press release, that the thousands of Americans still left in the country will be allowed into the Kabul airport when they arrive.

“If you’re American and you’re at a [Kabul airport gate], you’ll be let through that gate,” Mr Kirby said.

However, the revelation that the military was still processing evacuees caused some confusion among reporters, as hours earlier the US Embassy issued an emergency alert warning Americans to avoid the airport due to threats.

“Because of potential security threats outside the gates at the Kabul airport, we are advising U.S. citizens to avoid traveling to the airport and to avoid airport gates at this time,” the embassy said in a statement.

Mr Kirby would not comment directly on the nature of the “threat” that prompted the emergency alert.

General Taylor told reporters that there was “no reported change to the current enemy situation,” in and around the airport when questioned about the threat.

He also said that Afghan evacuees were being taken to US bases in Qatar, Germany and the US.

According to General Taylor, a group of Afghan refugees were brought to Dulles International Airport in Washington DC, after which they were taken to be processed at Fort Bliss in Texas.

Though thousands have escaped Afghanistan, many more are still desperately trying to secure a means of evacuation.