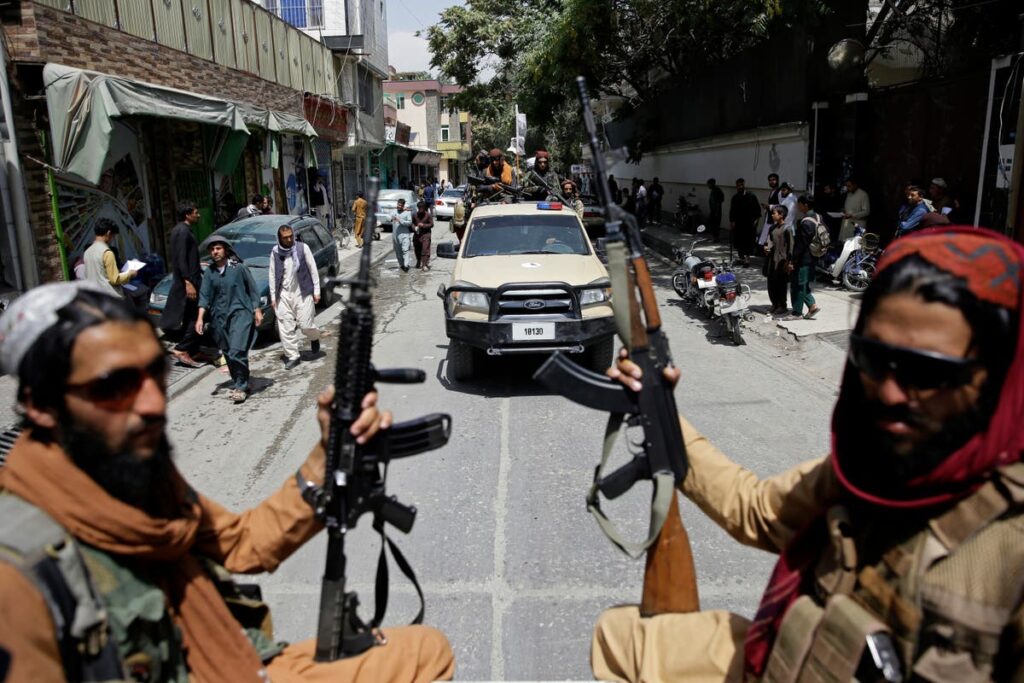 The US and its allies are engaging in broad talks with the Taliban about issues like migration and what the future of Western presence in Afghanistan will look like, according to government officials, a sign that the US will accept the Taliban as the ruling power in the country.

The US, along with much of the world, has not deemed the Taliban as the country’s internationally recognised government, but it has been actively coordinating with the militant group over security issues at the Kabul airport.

Now, according to a new report from The Wall Street Journal, US and EU diplomats have taken things one step further, hashing out what their diplomatic relations inside the nation might look like after 31 August, the agreed-upon date for American forces to withdraw from the country.

Among the main issues on the table, unnamed officials told the Journal, are immediate needs such as getting remaining foreign citizens and Afghans with visas out of the country, as well as longer-term questions. Those include what kind of diplomatic presence these nations will retain in Afghanistan and how the region will handle a likely surge in refugees and displaced people.

“There are still decisions to be made in Washington about the future shape of our presence and activities here,” acting US ambassador to Afghanistan Ross Wilson told CBS earlier this week.

One idea up for discussion is the possibility of US consular activities being handled remotely in Afghanistan, rather than with a full physical embassy.

President Biden says the US remains committed to leaving Afghanistan by the end of the month, even though an attack by an Isis affiliate on the Kabul airport killed an estimated 170 Afghans and 13 US service members on Thursday, and another strike is “likely,” according to the White House.

“I have never been of the view that we should be sacrificing American lives to try to establish a democratic government in Afghanistan,” Mr Biden said earlier this week, after the airport attacks. “Our interest in going was to prevent al Qaida from re-emerging, to get [Osama] bin Laden and prevent [the Sept. 11 attacks] from happening again,” adding, “It was time to end the 20-year war there.”

US officials have assured those still in Afghanistan that the country will continue trying to support those who want to leave even after 31 August.

“Let me be crystal clear about this: There is no deadline on our work,” Secretary of State Anthony Blinken said this week. “The Taliban have made public and private commitments to provide and permit safe passage for Americans, for third-country nationals and Afghans at risk going forward past August 31.”

There have also been “active efforts” by other, unnamed countries in the region to work to keep the Kabul airport open after the US cedes control, Mr Blinken added.

In Europe, meanwhile, EU leaders will vote Tuesday on a plan backed by German chancellor Angela Merkel and French president Emmanuel Macron, which would sent billions of euros to Afghanistan and its neighbours, with a focus on assisting refugees and internally displaced people while keeping them in the region.

Resettlement commitments in the region so far have been small and voluntary. The UK has said it will take 10,000 Afghan refugees this year.

EU diplomats have also been negotiating with Pakistan, Uzbekistan, Iran, Qatar and Turkey about ways to limit the number of refugees who spill into Europe.

“The EU and its member states stand determined to act jointly to prevent the recurrence of uncontrolled large-scale migration movements faced in the past,” a draft statement seen by the Journal reads. “We should avoid creating pull factors and do our utmost to ensure that migrants receive protection primarily in the region itself.”