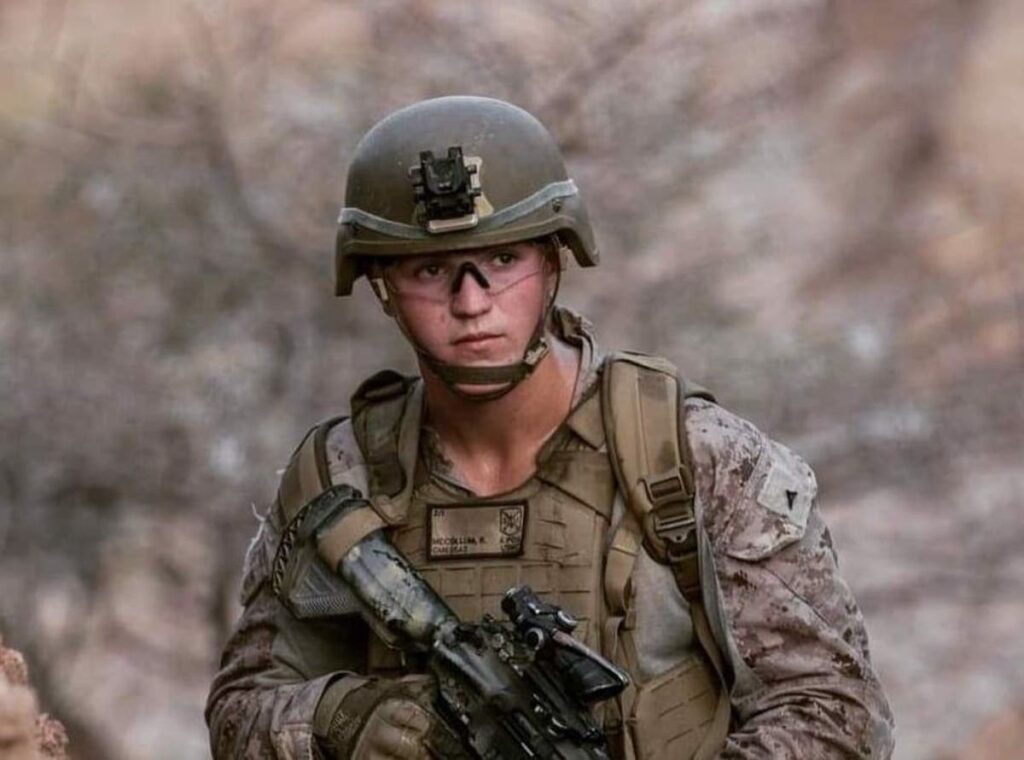 One of them was on his first deployment and looking forward to the birth of his first child in just three weeks.

Another was described by a sister as her “beautiful, intelligent, beat-to-the-sound of his own drum, annoying, charming baby brother”. A third was said to “embody the values of America – grit, dedication, service, and valour.”

The grief-wracked parents of two of the dead service members reportedly attacked Joe Biden, saying their sons had been let down by poor leadership. The mother of one of those killed said she did not apportion blame to the president, and that her son “wanted to be there”.

On Friday, as the world sought to take pause after the devastating suicide bomb at Kabul airport killed more than 180 people, the identities of some of the 13 American service members emerged, along with the details of their lives.

While the Pentagon has not yet officially released the names of the 13 who were killed, eight names have been released by family members or friends – Max Soviak, 22, Rylee McCollum, 20, David Lee Espinoza, 20, Kareem Nikoui, Jared Schmitz, 20, Hunter Lopez, 22, 23-year-old Daegan William-Tyeler Page, and Taylor Hoover, 31.

“We continue to mourn the loss of these Marines and pray for their families,” Marine Corps spokesperson Major Jim Stenger said in a statement to the media.

“Our focus now is taking care of the families of those who were killed and caring for our injured.”

Kareem Nikoui was from Norco, California. His father, Steve Nikoui, told reporters he had spent all day on Thursday with his head stuck in front of the television waiting for news of his son. At around 7pm in the evening, three young men from the Marine Corps came to his door to break the news, the young men were “more choked up than me”, he said.

He told the Daily Beast that he was a supporter of Donald Trump, and while he wanted to respect the office of the US president, he felt let down badly by Joe Biden.

“They sent my son over there as a paper pusher and then had the Taliban outside providing security. I blame my own military leaders,” he said.

“Biden turned his back on him. That’s it.”

At the family’s home on Friday, relatives were busy making arrangements. The young L/Cpl’s sister, Shyler, told The Independent: “I’m just not ready to talk yet.”

Rylee McCollum was from Bondurant, Wyoming, and joined the US military straight out of high school. He was married and the couple were expecting their first child in three weeks.

“He wanted to be a Marine his whole life and carried around his rifle in his diapers and cowboy boots,” McCollum’s sister Roice, told the Casper Star-Tribune.

“He was determined to be in infantry. Rylee wanted to be a history teacher and a wrestling coach when he finished serving his country. He’s a tough, kind, loving kid who made an impact on everyone he met. His joke and wit brought so much joy.”

Navy medic Max Soviak was from Berlin Heights, west of Cleveland, Ohio. On Instagram, his sister Marilyn described him as a unique and wonderful brother.

“My beautiful, intelligent, beat-to-the-sound of his own drum, annoying, charming baby brother was killed yesterday helping to save lives,” she wrote on Instagram

L/Cpl Jared Schmitz, was from Wentzville, Missouri. His father called in to a radio station to tearfully share with listeners his son’s passion for what he did, and to reveal he had been woken at 2.40am by military officials with news of his son’s death.

Some reports said the young man’s father had also been critical of Mr Biden, but speaking on KMOX, he said of his son: “He was not the type that liked to just sit around and get his four years done and walk away.”

He added: “He wanted to be in a situation where he actually made a difference.”

Max Soviak’s sister said he was ‘beautiful, intelligent, [and] beat-to-the-sound of his own drum’

In a statement, the Riverside Sheriff’s Association, said: “We are heartbroken to hear this sad news about Hunter, who chose to follow a life of service, selflessness, courage and sacrifice, like his parents.”

David Espinoza grew up in Laredo, Texas. His mother, Elizabeth Holguin, told the Daily Mail she had spoken to her son four days ago.

“I just told him to be careful, that I was worried about him and I couldn’t wait for him to come back,” she said “He told me he was fine and not to worry. He was brave. If he was scared, he didn’t show it.”

She said she held no animosity toward the president, saying her son “wanted to be there”.

Daegan William-Tyeler Page spent time in both Iowa and Nebraska as he was growing up. He was part of 2nd Battalion Marine Regiment based at Camp Pendleton, in California.

HIs family said in a statement: “Our hearts are broken, but we are thankful for the friends and family who are surrounding us during this time.

“Our thoughts and prayers are also with the other Marine and Navy families whose loved ones died alongside Daegan.”