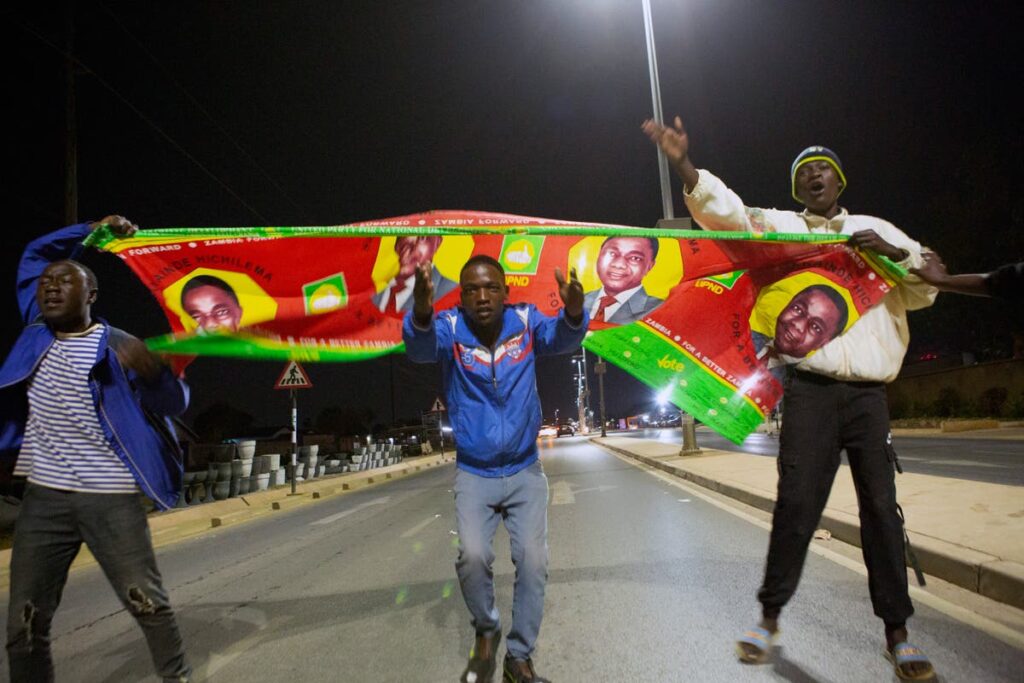 Zambia’s veteran opposition leader Hakainde Hichilema has won the southern African country’s presidency after taking more than 50% of the vote.

Hichilema was declared president–elect by Esau Chulu, chairman of the Electoral Commission of Zambia, early Monday after results for 155 of the country’s 156 constituencies were announced.

Zambians celebrated overnight, with hundreds of Hichilema’s frenzied supporters turning his home on the outskirts of the capital, Lusaka, into a party zone.

The defeated Lungu, 64, can still appeal the result in the courts. He has already signaled that he may not accept his loss.

Lungu asserted Saturday that the elections had not been free and fair in three provinces seen as opposition strongholds, citing violence and the killings of a few of his supporters, allegedly by the opposition. Lungu claimed that ruling party polling agents had been brutalized and chased away from voting stations, leaving his party’s votes “unprotected.”

His Patriotic Front party is “consulting on the next decision we have to make,” he said in a statement released by his office.

Lungu can approach the Constitutional Court within seven days of the declaration of a winner of the presidential election results, according to lawyers’ professional body, the Law Association of Zambia, citing the country’s constitution.

Hichilema has his work cut out for him, as his supporters are looking to him to increase employment and cut out corruption. “We will fix this!” was one of his popular campaign slogans.

Zambia recorded economic progress for more than a decade and achieved middle-income status in 2011, but now the country is beset by high inflation, high debt and allegations of corruption.

The COVID-19 pandemic hurt the already stuttering economy even further. Lockdown measures pushed Zambia into its first recession since 1998 and the economy contracted by 1.2%, according to the World Bank

An easing of the lockdown measures in the latter part of 2020 and the global rise in copper prices resulted in some recovery, although inflation reached a high of 22% in February this year, according to the World Bank.