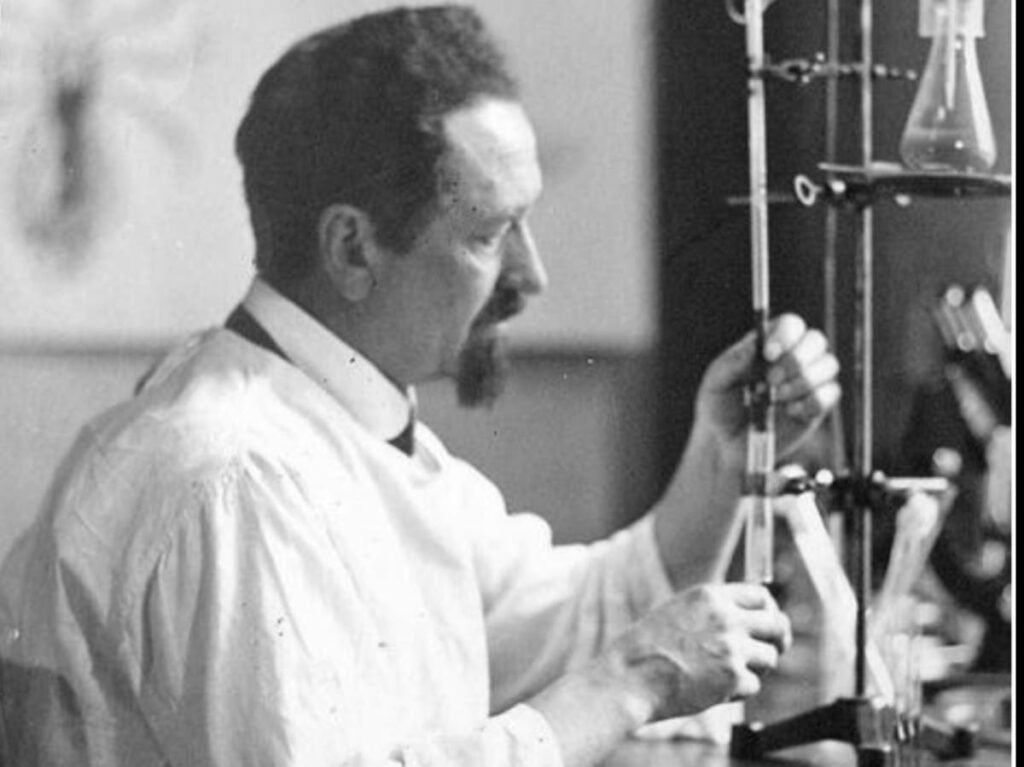 Google’s latest Doodle celebrates the 138th birthday of a Polish scientist who defied the Nazis during World War II, and whose study of a common parasite helped fight a deadly bacteria tearing across Europe.

Rudolf Weigl was a Polish inventor who lived around the turn of the last century. He was born in Austria-Hungary – the Czech Republic today – and studied biological sciences while he was in college.

World War I broke out during his college years, and he was appointed parasitologist to the Polish Army. During his work in that capacity he was exposed to the millions who had been plagued by typhus, a deadly bacteria that had reached epidemic levels in Europe.

Mr Weigl made it his mission to stop the spread of the bacteria.

Typhus travels between humans via body lice, so the scientist began studying the tiny insects and how the bacteria uses them to propagate itself. During his research, he reportedly used humans to feed the lice. The scientist would strap tiny cages to human subjects’ legs, allowing the lice inside to sustain themselves on the host’s blood.

Eventually, Mr Weigl’s work, aided by numerous researchers who joined him, resulted in the development of a vaccine in 1936, just in time for another World War.

Once Germany occupied Poland, Mr Weigl was pressed into opening another vaccine production plant to assist the German army. He hired friends to join him at the plant, where the group continued their typhus research. Mr Weigl produced a weakened vaccine for the German army, his attempt at sabotaging Hitler’s war efforts, and helped smuggle real vaccines to Jewish people living in a Polish ghetto.

After the war, Mr Weigl moved to the mountains of Poland, where he lived out the rest of his days. The scientist died in 1957 at the age of 74.