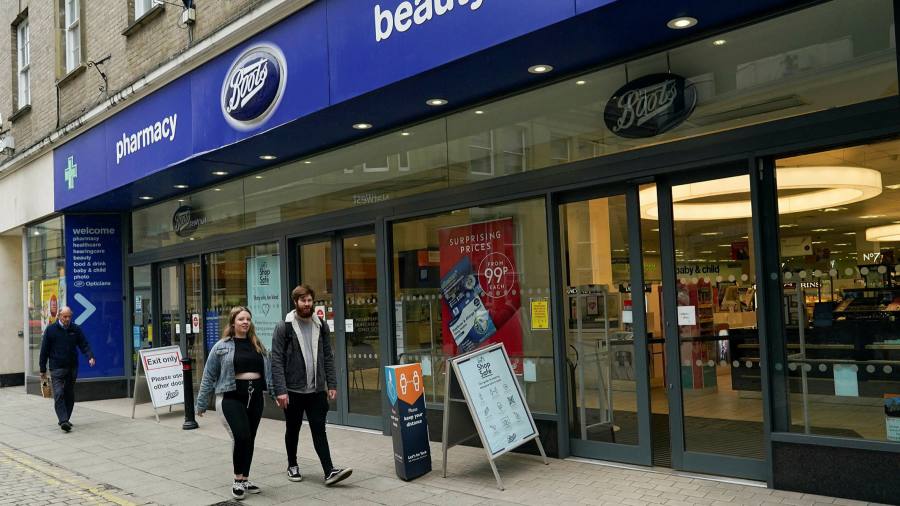 When private equity last bought Boots in 2007, it was a big deal. Big because the buyout industry didn’t acquire UK blue-chips, big because lots of leverage was involved, big because of the cachet Boots had with UK consumers.

Boots is on the block once again. This will still be a big deal, even if the mooted price is perhaps half what Alliance Boots went for 15 years ago. But it won’t be rocket science for a buyer to revive the fortunes of a company that still holds a peculiar place in the affections of consumers.

The company’s plight is obvious enough. Just as Walmart found with Asda, a global strategy set in the US did not always work in the UK. Walgreens has been distracted by problems in its home market. The fix for Boots is a bit of local focus, some investment and a sale in four or five years time.

It could go to a trade buyer. Both Sainsbury’s and Tesco are run by ex-Boots men. But Tesco has just turned itself around after years of ill-judged deals, and Sainsbury’s is still grappling with Argos. It would be an error for either to try to buy Boots.

It could float. But as anyone who has visited a Boots store or used its still-clunky website knows, it needs work. This is not an easy ecommerce growth story of the type LSE investors welcome.

It will probably go to private equity — particularly since Dominic Murphy at CVC, which is looking at bidding, knows the business inside out. He did the 2007 deal at KKR; he’s sat on the board at Boots and Walgreens ever since.

The private equity playbook will probably run something like this.

First up: sort out Boots online offering. Walgreens trumpets the progress made on this front. Sales on Boots.com in the latest quarter were more than double their pre-pandemic levels, Walgreens said in its results last week. But it is not hard to double things when you start from a very low base. Online only makes up 15 per cent of Boots’ retail sales, even though it has been banging on about being an “omnichannel” retailer for years.

Second: improve how Boots uses Advantage card data and runs promotions. The 14m-plus loyalty card holders have long been a strength of the company. But this has fallen to 11.7m active customers after the pandemic shifted shopping habits. Where Tesco has made carefully tailored promotions through its Clubcard Prices a key part of its revival, Boots fails to make the most of its scheme.

Third: extend investment in promising stores and renegotiate leases as they come up. Boots has been investing in beauty halls, but the proportion of stores that are drab is still too high. The majority of its stores are leasehold, with an average of five years still to run on the leases. Next has shown the savings that can be made: in recent years it has agreed new rents at roughly half the previous level.

Fourth: put some more marketing money behind Boots’ own brands, including No7 and Soap & Glory. These have not achieved the US traction Walgreens aimed for, but they still have promise.

Exit with a nice story about the opportunity in online beauty and pharmacy.

There are clear challenges for whoever buys Boots. It requires a skilled retailer to roll up their sleeves and get stuck in, but no names have been floated to date. The regulated pharmacy bit of the business adds complexity. It may make shutting stores more complicated. It limits the cost savings a new owner can make, since pharmacies have to be staffed by qualified pharmacists, while the NHS constrains the profits up for grabs.

It is debatable how clever it was for KKR to buy Alliance Boots in 2007. It yielded a nice return in the end, but also generated some rather less pleasant headlines for the industry over job cuts.

Boots stands along with John Lewis and Marks and Spencer as a brand beloved by British consumers, but at which they aren’t actually willing to shop. Another period of private equity ownership may not be palatable to everyone but if Walgreens wants rid of Boots, it may be the only option.