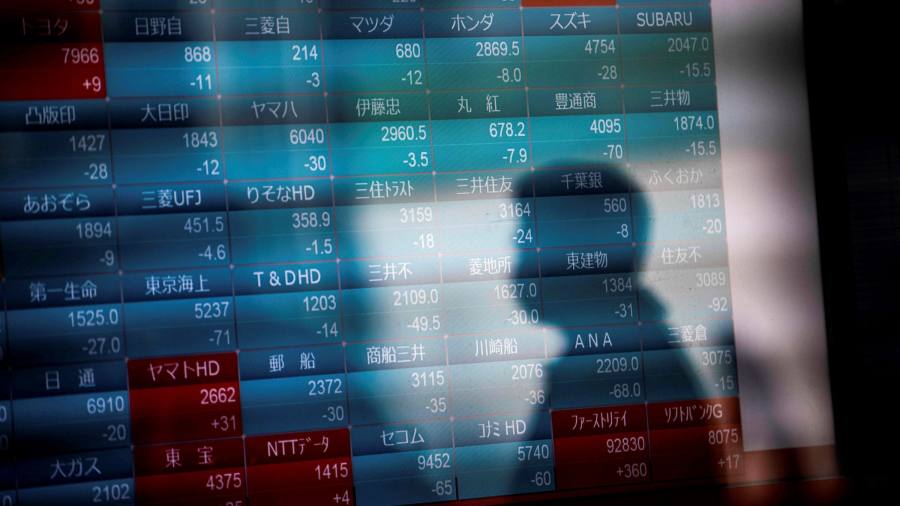 Sign up to myFT Daily Digest to be the first to know about Japanese business & finance news.

Ever since Japan brought in codes of conduct for companies and shareholders, three words have echoed around the corporate landscape — “engagement”, “taiwa” (discussion) and “stewardship”.

Japan set forth its first stewardship code for investors in 2014, and its first corporate governance code in 2015. At the time, I argued that a code for companies was needed because the two policies would function as “two wheels of a cart”.

The corporate governance code would provide disclosure so that the investor engagement encouraged by the stewardship guidelines could be effective. Shareholders would receive the information they needed to assess companies.

However, the fine print of Japan’s stewardship framework still leaves much to be desired, compared with the UK model that Japan’s Financial Services Agency originally sought to emulate.

When most foreign institutional investors think of “engagement”, they envisage a two-way dialogue in which they can make suggestions about matters such as capital structure, dividend policy, governance practices, composition of the board and so forth.

In the UK investors are free to do this, and to keep the fact of their discussions confidential — something that the investee company may also desire.

If an investor buys more stock, such that it owns more than 3 per cent of the company, it will have to file a simple “large holding” report. But it will not have to disclose its “purpose” for holding the stock unless it plans to take over the company.

Accordingly, investors do not have to worry about ambiguous definitions of “purpose” that are open to interpretation at the discretion of regulators. They can also easily conduct “collective engagement”, which is now becoming common on themes related to environment, social and governance issues.

But in Japan, if a major asset manager buys more than 5 per cent of a company’s shares, it will have to ask itself, “might we want to make suggestions — or strong hints — about such matters?” This is because it must publicly report to the FSA as to whether it is “just making a pure investment”, or whether it might also “make suggestions about important actions” by the company, a list which includes many topics that diligent fund managers want to discuss.

Filing the report indicating the possibility of “making important suggestions” requires more frequent internal monitoring and reports to the FSA. These must be done separately from internal systems for filing reports under the convenient regime that is used if one simply chooses to “shut up and not make suggestions”. In the case of collective engagement, potential burdens are magnified once again.

These regulations pour cold water on the usual concept of “constructive engagement” by large investors, by essentially labelling them as “probable activists”. They also throw sand in the gears of big institutions’ compliance systems.

Japan created this burdensome reporting regime in 2006, after a spate of failed activist attempts to scale the walls of citadel Japan. Later, the stewardship code extolled the virtues of engagement by institutional investors because historically they had been far too lazy and quiet.

Unfortunately, however, Japan did nothing to modify its reporting rules for large holders. In practical terms, the FSA withheld with one hand the “engagement” benefits that its stewardship policy had just promised with the other.

Over time, other ironies surfaced. It was hoped by corporations that the 2006 rules would slow down activist investors. However, many activists now simply make public announcements, so the rules no longer deter them much. Mainly, the rules just burden large mainstream institutional investors, especially passive funds.

The divergence between the UK and Japan is clearly reflected in their stewardship codes. In the UK, the code proactively requires that “signatories, where necessary, participate in collaborative engagement to influence issuers”.

In contrast, the most recent version of Japan’s Stewardship Code weakly states that “depending on the need, it is possible that collective engagement may be beneficial”. A footnote then reminds discerning readers that the possibility of collaborative engagement was curtailed in 2006.

It would be a shame if bureaucratic inertia prevents the FSA from aligning its regulations with the Japan of 2021. The rules for “large holding reports” were intended to provide better disclosure to benefit investors. They were not intended to “protect” public companies from having to hear suggestions from their owners.