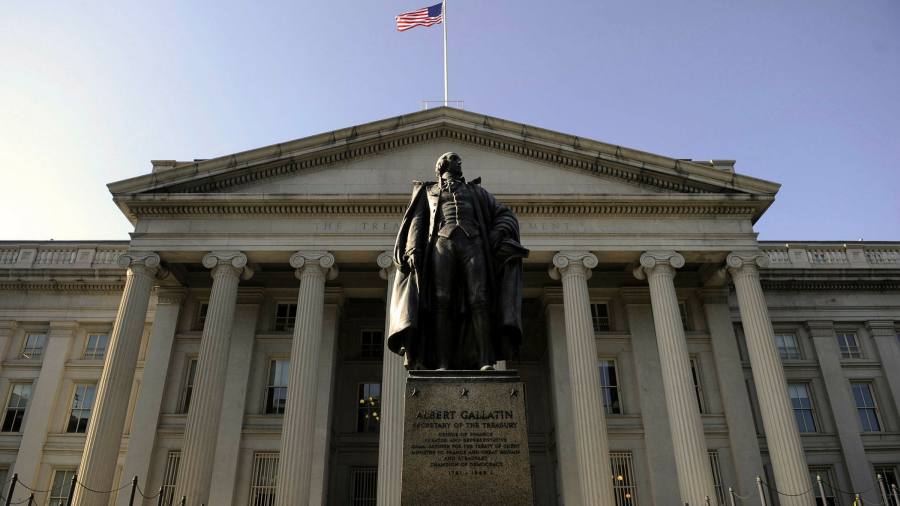 In testimony to Congress almost exactly 30 years ago, ⁠Jay Powell produced a chart. At the time an assistant secretary at the Department of the Treasury, Powell showed that as the federal government had increased bond sales almost every year between 1980 and 1990, the yield on 30-year bonds had continued to drop. That chart still hasn’t changed.

The Treasury continues to sell more bonds every year, and the interest it pays on them has continued to fall. Low yields are a victory of practice over theory.

Theory needs to catch up. If we don’t know why yields are low, we don’t know when or how they’ll rise again. That is a particular problem for Powell, who as the current chair of the Federal Reserve’s Board of Governors is now in charge of the world’s single biggest holder and buyer of US debt.

Back in 1991, Powell credited low yields in part to the work his department had done to make debt auctions regular and predictable. We now think of US debt as the deepest, most liquid securities market in the world. But that didn’t happen on its own.

Thomas Sargent, an economist at New York University who won the Nobel Prize in 2011, points out that before the 1940s, Congress used to design every new debt issue in detail — terms, duration, amounts. All new debt had a specific purpose. “You could use this bond to reschedule debt,” he says, “this bond to pay for things.”

During the world wars, there were bond drives, publicity campaigns to convince people to lock their cash up in a specific kind of debt for a specific reason. None of that happens any more for federal debt. Starting in the early 1970s, the Department of the Treasury began to establish a clear calendar for auctions, and by the mid-1980s had built an accounting system that made it easier to trade US debt securities.

The goal was to make it more attractive to buy Treasuries, and lower borrowing costs. It worked. But it also completely divorced the act of appropriation — what the money is for — from the act of borrowing.

There were no bond drives for the wars in Afghanistan and Iraq, because there was no need for them. Congress appropriated, and the Department of the Treasury ran its regular auctions. America borrowed. Yields dropped. Investors didn’t care.

As the market became deeper and more liquid, we began to lose any sense of how to value a Treasury as a security.

This year, Hanno Lustig, an economist at the Stanford Graduate School of Business, sat down with several other researchers to figure out ways to price the entire portfolio of US Treasuries. They found two ways to explain low yields. The first is that investors keep thinking the US is about to raise taxes in a huge fiscal correction; an expectation Lustig describes as “implausible”. The second is a rational bubble — Treasuries are just special. Investors aren’t pricing them the way they would any other debt security.

This has encouragement from regulators, who instruct banks to treat US sovereign debt as a risk-free asset, and support from the Fed. In January and July this year the Fed bought almost as much in notes and bond on secondary markets as the Treasury issued in total. It’s hard to have rational price discovery on an asset with a guaranteed buyer.

If you think that the value of money is a function of its quantity, under a rational bubble you could argue that there are too many Treasuries already. The US needs to stop borrowing immediately, or risk a collapse in the value of Treasuries, spikes in yields and a pop of horrific inflation. This is what both political parties tend to say when they’re out of office.

Or, like an increasing number of Democrats in Congress, you can say that risk-free claims on America haven’t collapsed in value because they can’t ever collapse in value. This means there are no market constraints on borrowing. Instead of selling notes and bonds, the federal government could just as easily create its own dollars, spend them into the economy, and watch carefully for signs of general price inflation.

Both of these arguments look at the quantity of sovereign debt — it’s either the only thing that matters, or it barely matters. Sargent points out that before the regular Treasury auctions, Congress also had to consider the qualities of each new issues. What does it buy?

Are we selling Treasuries to lower taxes for favoured constituents?

That kind of borrowing could make US debt less attractive, since it does nothing to help create more tax revenue in the future. Or are we selling Treasuries to buy productive assets, like roads and broadband and power lines, that will increase the economy’s capacity to produce?

Because Treasuries are special rational bubble, we don’t ask those questions of the US the way we do of developing economies. But not all Treasuries are the same, because they don’t all buy the same things. We used to know that. We might consider remembering.

The writer is an FT contributing editor