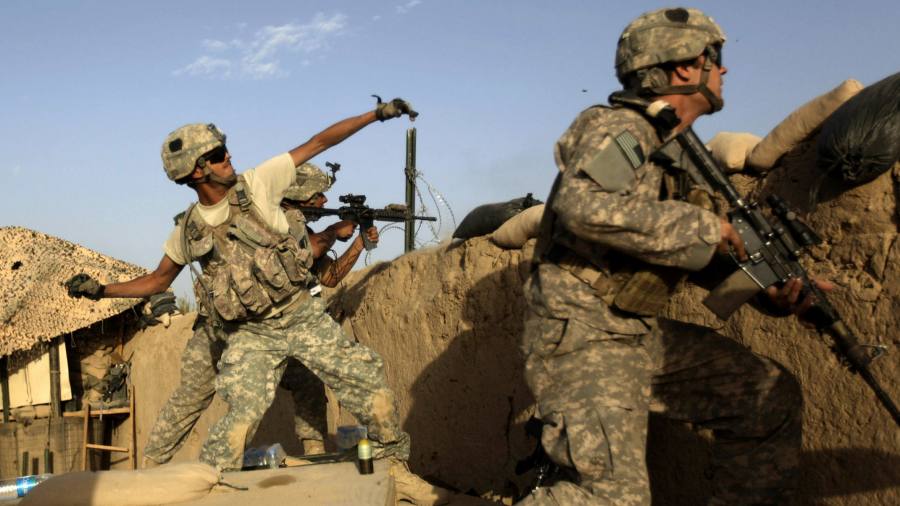 Joe Biden and Donald Trump are very different politicians. But it turns out the two presidents have one very important policy in common: a commitment to end “forever wars”. It was Trump who began negotiations with the Taliban and promised to withdraw all American troops from Afghanistan in 2021. It was Biden who brought this process to its chaotic conclusion.

After the fall of Kabul, it is tempting to assume that the future points only in one direction — towards an ever more introverted America. In reality, for more than a century America’s attitude to military intervention abroad has been cyclical, with periods of active intervention followed by periods of withdrawal. The end of the Afghan war is more likely to mark a new cycle of restraint than a permanent US rejection of overseas military interventions.

American intervention in the first world war in 1917 was controversial at home. The slogan “America First” — adopted by Trump — was popularised by interwar isolationists, who opposed US entry into a second world war. Their influence was so strong that Franklin Roosevelt was only able to take the US into the war after America was attacked at Pearl Harbor.

After the second world war, the US establishment rejected isolationism and entered wars in Korea and Vietnam. The disaster of Vietnam led to a new period of US restraint. That ended with the first Gulf war of 1991 — after Saddam Hussein’s Iraq invaded Kuwait. But even then American tanks stopped well short of Baghdad and “regime change”.

The end of the cold war and Nato’s successful intervention in the former Yugoslavia in the 1990s rebuilt US confidence about military intervention overseas. The terror attacks of 9/11 then created a demand to remake the Middle East and the world order, through the use of military force and the “shock and awe” it was meant to inspire.

Now a new cycle of restraint is under way. The failures of the wars in Iraq and Afghanistan are the most fundamental reasons the US is, again, turning inwards. But Biden’s decision to cut America’s losses in Afghanistan also stems from a need to focus US resources on an emerging struggle with China. Biden also believes that he is fighting to save democracy in the US itself — and is unwilling to be tainted by “forever wars”.

But even the Afghanistan debacle is unlikely to take interventionism off the table for ever. The debate over America’s use of military force to achieve foreign policy and national security goals will not be settled conclusively because there are never perfect options.

Even modern isolationists accept that the US will continue to use force against terror threats overseas. The drone strikes favoured by the Obama and Trump administrations will continue. There may still be events that drive the US to put boots on the ground, at least in relatively limited numbers.

“Liberal interventionism” to combat human rights abuses around the world is now out of fashion. But the US retains an idealistic streak and will find it hard to ignore mass atrocities, under all circumstances.

Most fundamentally, America’s alliance system underpins geopolitical stability in Asia and Europe — and rests on the belief that, in the last resort, the US will use force to defend its allies. Even after Afghanistan, America will not abandon that commitment. The Chinese and Russian governments may be emboldened by the Taliban takeover. But the last century of world history should act as a caution against writing off American power — and Washington’s willingness to intervene overseas.