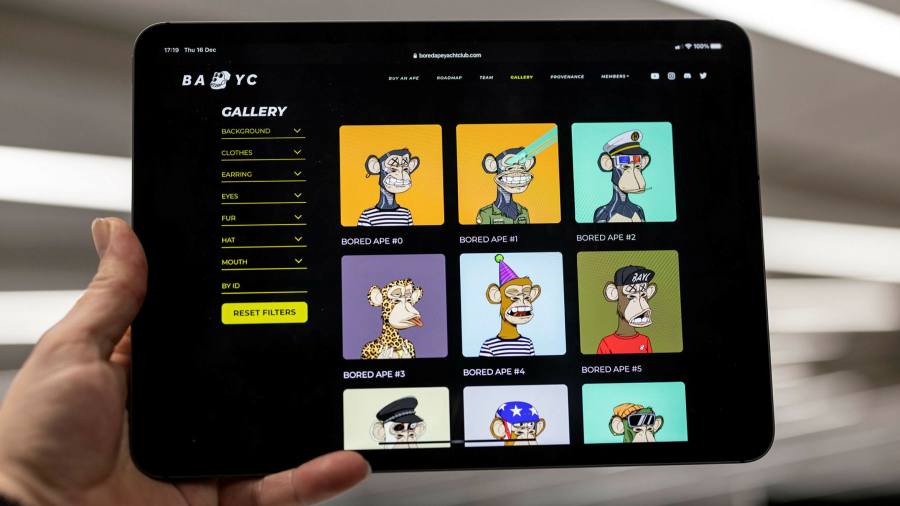 2021 was a year that will be long-remembered for retail investors’ flash-mobbing of “meme stocks” thanks to social media sites like Reddit and online trading platforms like Robinhood.

The rocket ship emojis and popular trends that included trading in non-fungible tokens of cartoon bored apes were manifestations of a deep-running trend towards extreme abstraction. From spacs, to cryptocurrencies, to NFTs, to Web3 and the metaverse, what investors wanted most were things that, well, were difficult to explain.

Relative abstraction isn’t something investors pay much attention to. Instead, they discuss measures like relative valuation — how the current cost of a stock compares with times past or something else they might buy. “Stocks are cheap,” they say.

Today, what is most expensive is what is the most extremely abstract — the enterprises that have the greatest “hypotheticality”, the anti-real as it were. The crowd adores everything that is at the far reaches of psychological distance — in time, in place and in familiarity. We all but need binoculars to see it out there on a far horizon. Futuristic investment themes like space travel speak to our insatiable appetite for the psychologically distant opportunity.

We’ve come a long way from the intense concreteness at the bottom of the 2008 financial crisis, when the greatest psychological distance investors were willing to consider was about as far as the mattresses in which many were intent on stuffing their physical cash and gold.

Something else has changed, too: the scrutiny of what investors are buying. If markets only go up, why bother — especially as in many cases you won’t understand it anyway? Moreover, the past decade has been filled with financial deregulation — lowering disclosure requirements enabling more companies to go public while providing less information.

The net result of the high confidence is startling: investors are now committing the most money to the most abstract opportunities in history while paying the least amount of attention.

Blind investing is one thing, but the extreme approach by investors cautions that we may have reached sentiment peak for the record books over the past year.

Already hidden behind the move higher in the broader major stock indices, we have seen a steady retreat from extreme abstraction.

Spacs, the “special purpose acquisition companies”, which raise funds and then look for a business to buy, now feel like a distant mania despite a modest rebound in their use late last year. The value of many of these hypotheticality-laden companies are down sharply. Shares in electric vehicle maker Lordstown Motors, one of the most prominent spacs, have fallen more than 90 per cent from their peak. And there is a decided drop in the energy around cryptocurrencies, that is also reflected in lower prices from peaks last year.

History warns that the end of extreme abstraction does not augur well for those arriving last to the party.

As the market switches to other less abstract investment themes, the danger is that a vicious spiral develops. Not only would investors pivot to more “real” investments, but scrutiny intensifies on recent crowd favourites revealing that there was even less than meets the eye in many of them.

We saw both behaviours when the dotcom bubble burst and in the aftermath of the 2008 financial crisis. And therein lies a final overlooked aspect to the past year. If 2021 was the peak of yet another bubble in ungrounded possibility, it will represent the third for this generation of investors. It’s hard to imagine many will take being fooled a third time well.

As I look ahead, the greatest risk to the financial markets isn’t a decline in corporate earnings or a policymaker mis-step, but an abrupt change in investor thinking. After years of devouring abstraction, does the crowd turn to more substantive investment themes — a year of getting real? That process would be far from smooth. Even if more solid ground is better for the long-term direction of markets, those who rushed in when prices were “to the moon” will be hurt as valuations return to earth.