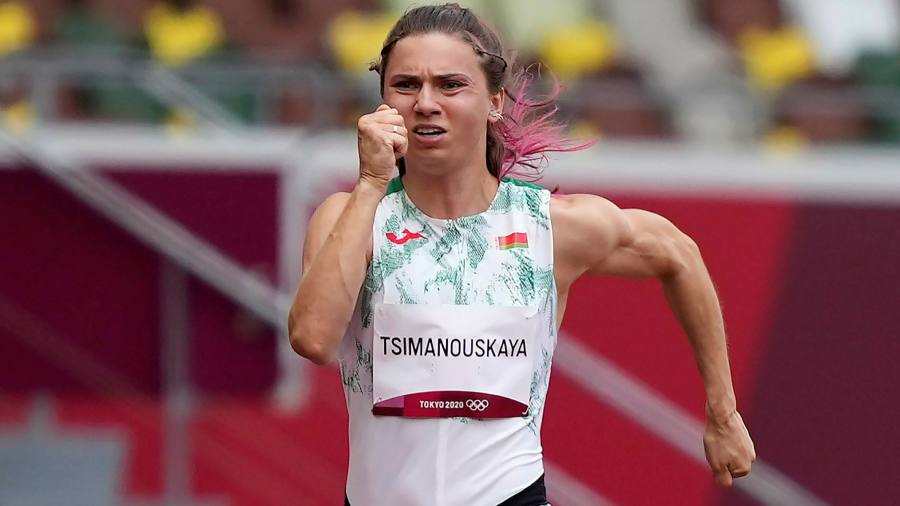 The “defection” of the Belarusian sprinter Krystsina Tsimanouskaya is something that seems easier to imagine at the Tokyo Olympics of 1964 than at a Games being held in 2021. Hours after she took refuge in the Polish embassy, a Belarusian activist, Vitali Shishov, was found hanged in a Kyiv park; his death is being investigated as a potential murder. If it was indeed a political hit, then this week’s events — after May’s effective state hijacking of a Ryanair flight to seize another opposition activist — highlight how Belarusian leader Alexander Lukashenko has created a rogue regime at the heart of Europe.

The Tsimanouskaya case harks back to Soviet times. The 24-year-old sprinter complained on social media that coaches entered her for a relay she did not train for, as other Belarusian athletes had not completed enough anti-doping tests to compete (the circumstances of which ought to be investigated). After team bosses tried to put her on a flight home because of what they called her “emotional, psychological state”, she was given protection by Tokyo police and offered a humanitarian visa by Warsaw.

There are echoes, too, of other strongman regimes: the president of the Belarus Olympic Committee is Viktor Lukashenko, the dictator’s son and presumptive heir — rather as Saddam Hussein’s son Uday once headed Iraq’s Olympic and football associations. The International Olympic Committee barred both Lukashenkos from Tokyo, after Belarusian athletes accused Minsk authorities of political discrimination and imprisonment. Athletes were prominent in the protests that erupted after Lukashenko claimed what was seen as a fraudulent election victory, a year ago next week.

Up to 35,000 Belarusians have since been arrested. Allegations of torture are rife. Many young people are emigrating. Vitali Shishov, who went missing while running in Kyiv on Monday, headed the so-called Belarusian House in Ukraine, which helps émigrés fleeing persecution. Friends said Shishov had recently been followed. So was the activist Roman Protasevich, before boarding the flight from Greece to his home in exile of Lithuania, which was diverted to Minsk by a bogus bomb scare.

The opposition clampdown betrays mounting paranoia on Lukashenko’s part. Critics say western sanctions only drive him into Russian president Vladimir Putin’s arms, while leaving Belarusians worse off. But Lukashenko has spent years playing Brussels off against Moscow, while only tightening his hold on power. Western countries can no longer tolerate his mistreatment of his own people and flouting of the law, at home and abroad. Sviatlana Tsikhanouskaya, who many Belarusians believe was the real winner of last year’s election, has spent recent days urging Washington and London to tighten sanctions.

They should pay heed. The EU is to be commended for going further than the US and the UK in imposing sanctions not just on individuals, but sectoral measures that ban imports of Belarusian oil products and potash sales — among the country’s most lucrative exports. It also restricted issuance in the EU of new debt with a longer than 90-day maturity for the Minsk government and some state-controlled groups.

But several loopholes which limit the effect of the EU potash ban need to be removed. As they did over Russia’s intervention in Ukraine, the US and UK should also impose sectoral measures on Belarus. Three decades after the Berlin Wall fell, the Belarus regime looks like a historical anomaly. Its people deserve western solidarity in pressing Lukashenko finally to heed the message voters sent him a year ago.