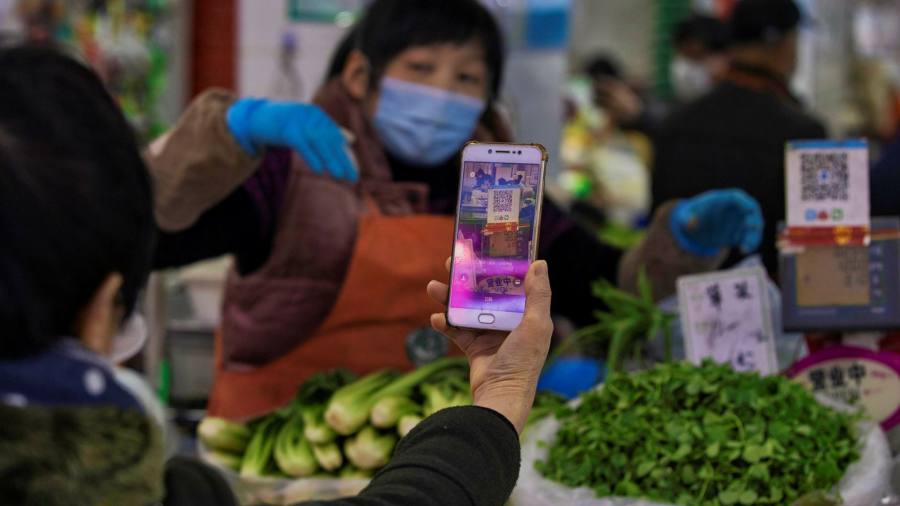 On its own, the Chinese government’s decision to break up Alipay, the financial services super app run by billionaire Jack Ma’s Ant Group, might be seen as yet another heavy-handed state response to a valid new regulatory challenge. Online payments companies, and the ownership of the big data sets of consumer transactions they create, have potentially big implications for privacy and for financial stability. Yet to believe this is the ultimate motivation of the Chinese Communist party in taking control of this data and quashing rival power centres is naive. It is part of the CCP’s authoritarian quest to bring about a wholesale transformation of Chinese society.

Regulators have already told Alipay to spin out two of its lending services: Huabei, a consumer credit product, and Jiebei, which focuses on small unsecured loans. The latest demand from the government, revealed by the Financial Times on Monday, would also see the company forced to hand over the user data — which is used to make lending decisions — to a new joint venture, partly owned by the state. The new company would have a credit scoring licence, long coveted by Ant Group, allowing it to sell the output of this data to other financial institutions.

This should be yet another warning, if one was needed, for anyone doing business in China. There does not appear to be any legal basis for splitting Ant Group beyond the CCP’s orders, which seem motivated by the threat the company’s innovation represented to state-owned banks. Regulatory risk should now be the biggest concern for anyone investing in China: crackdowns against gaming and after-school tuition were not telegraphed in advance. The gradual shaving away of Ant Group shows the fate awaiting businesses that irritate the one-party state.

Worries over how regulators should handle big financial data are not unique to China. Last year, shortly before becoming the new US Securities and Exchange Commission chief, Gary Gensler, published a paper warning that using artificial intelligence to make lending decisions could lead to financial instability. The ownership of such information by big technology companies, too, has raised regulators’ hackles elsewhere. Data privacy watchdogs in a number of democracies flagged that Facebook’s abortive Libra digital currency meant the social media giant would have access to such records and the original proposal had little information about how it would safeguard this information.

The latest move by Beijing, however, should be seen in the context of the wider shift in China’s economy and society. Ant’s data, in particular, has long been central to fears of the creation of an authoritarian “social credit” system of surveillance. While traditional credit scoring uses just a handful of factors — employment, outstanding debt, records of bill paying and applications for further loans — Ant’s “sesame score” includes everything from underground fares to purchases on Alibaba to create a single measure of trustworthiness. While the jury is still out on whether it provides much of a competitive advantage for lenders, the data would offer the state yet another means of monitoring Chinese citizens, especially when combined with a new digital renminbi.

Knowing that every transaction can be monitored by a state-owned credit agency will have a chilling effect on China’s society. Privacy concerns about leaving this kind of information in the hands of tech giants are understandable. But in this case the cure — centralising it in the hands of a surveillance state — is much worse than the disease.