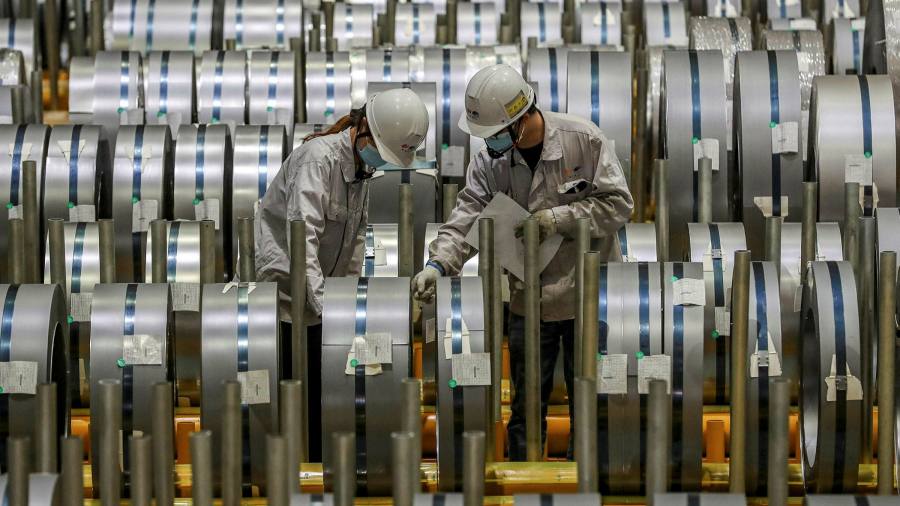 Sign up to myFT Daily Digest to be the first to know about Aluminum Corp of China Ltd news.

Paradoxically, energy-intense aluminium is becoming a crucial material in the race to achieve net zero emissions. This should support prices that have jumped recently on input cost rises. A big increase in net profit at state-owned Aluminum Corp of China [[KRKT]] will be no flash in the (aluminium) pan.

Carmakers are already using a lot more of the white metal in vehicle bodies and engine parts. Battery companies also put aluminium in lithium-ion batteries, which are used for electric vehicles, and are hoping to develop substitute power cells in which it is the key ingredient.

Aluminium prices are surging amid disruption to supplies of energy and bauxite. They rose to a more than 13-year high on Thursday, with the most-traded October aluminium contract on the Shanghai Futures Exchange selling at $3,478 a tonne.

China, which produces 60 per cent of the world’s aluminium, is struggling with power shortages. Beijing is strictly limiting the use of coal to make energy. In the south-western province of Yunnan, which is home to about a tenth of China’s aluminium capacity, the shortfall was amplified by a terrible drought in May, which stemmed the production of hydropower.

Yunnan’s water supply is coming back on tap. But there is no easing in official pressure for the province to reduce energy consumption, which ranks it as one of China’s most energy-hungry regions.

Aluminum Corp of China [[KRKT]], better known as Chalco, has shown it does not need to increase production steeply to achieve profit growth. First-half figures show sales are heavily geared towards the price of aluminium and less on output. Revenues rose at about double the rate of increase in average Shanghai aluminium prices during the period. Net income soared.

The changes in the auto industry that are driving strong global demand for aluminium should persist. Scarce capacity will mean higher metal prices. Shares reflect that outlook. Chalco stock is up 149 per cent this year to trade at 14 times forward earnings. Local peer China Hongqiao Group is cheaper but is more exposed to potential losses in Guinea, where a coup imperils heavy investment in bauxite mining.