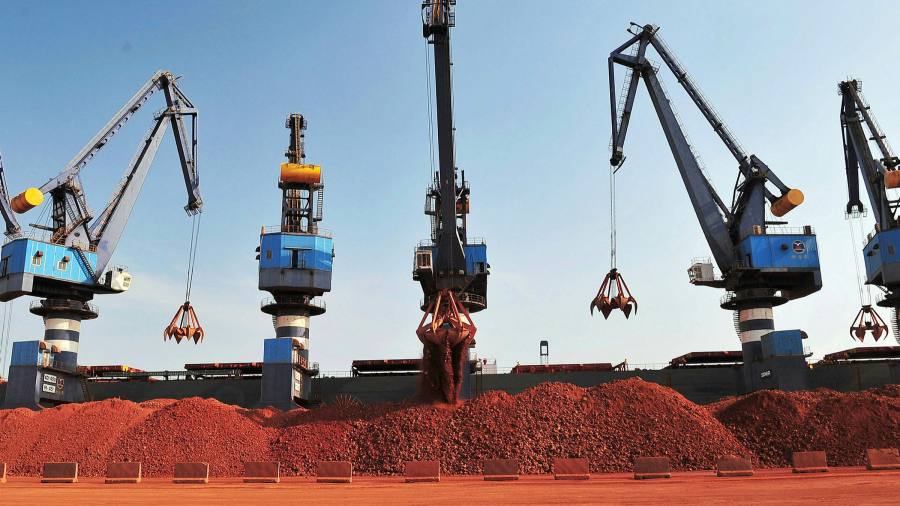 Sign up to myFT Daily Digest to be the first to know about Basic resources news.

Eco-tourists visit west Africa’s Guinea to spot primates up in the trees. Economic tourists, such as miners, seek out what is underground: primary minerals such as aluminium raw material bauxite.

The military coup that has reportedly toppled octogenarian leader Alpha Condé has given an added boost to aluminium prices. The country boasts the largest reserves of bauxite, supplying one-quarter of the world’s needs.

Bauxite contains alumina, itself processed into aluminium. Guinea’s bauxite is prized for its low levels of impurities, such as silica. China and Russian aluminium makers have pounced. Hongqiao and Rusal — the largest in their respective countries — both depend on Guinea. China’s industry sources more than half its needs from that country, reflecting the poorer quality of its domestic sources.

China has invested heavily in developing Guinea’s bauxite reserves. The Middle Kingdom produces 60 per cent of the world’s aluminium, with Russia and India trailing well behind. As in other African nations with prized minerals, China has poured in money to develop Guinea’s infrastructure, notes BMO Capital Markets. That effort has paid off: China’s bauxite imports have more than quadrupled since 2016.

Aluminium prices were already on a roll, up almost 40 per cent this year alone to $2,776 per tonne, an 11-year high. While commodity traders marked them higher on Monday, equity markets were still struggling to separate winners from losers.

Share prices of aluminium processors all jumped on the day. Norsk Hydro, with no Guinean exposure, rose more than 4 per cent. That makes sense. But it is less obvious why shares in Hong Kong-listed Rusal, with three Guinean bauxite mines — about half of its supply — climbed 15 per cent on the day. This is bizarre: supply chain risks pretty much invariably increase when coups happen.

Chinese and Russian producers have a lot at stake in the tiny west African country. The political upheaval risks shattering supply chains and halting exports. Producers cannot switch sources of supply overnight. Investors, less constrained, should move quickly to unearth those — like Norsk — that have little reliance on Guinea.

If you are a subscriber and would like to receive alerts when Lex articles are published, just click the button ‘Add to myFT’, which appears at the top of this page above the headline