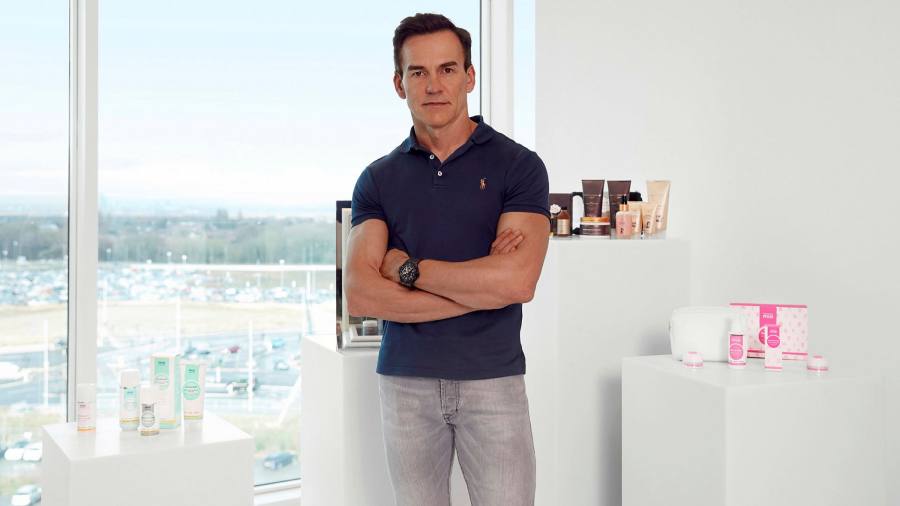 Remember The Hut Group? It was a mail-order retailer that floated in September 2020 and within four months had ceased to exist.

Nothing stays the same for long at Matthew Moulding’s £7.5bn cosmetics and sports nutrition empire. A name change to THG in January this year served an early warning that public markets would not hinder its perpetual shape-shifting. Creative destruction stepped up in May when THG revealed a joint venture with SoftBank that requires a formal separation of Ingenuity, its technology and logistics business.

The latest phase in THG’s reinvention involves separately listing its biggest division by revenue. THG Beauty, which houses the Lookfantastic website and cosmetics brands including Espa, will be floated next year on an as-yet undecided exchange. THG will probably keep a majority stake. The same playbook will then be applied to the protein-powder division, THG Nutrition, though those plans are not fixed. Ditto THG Ingenuity, assuming SoftBank exercises its option to buy a 19.9 per cent stake.

Parent-subsidiary listings of this type are common in Japan, rare elsewhere, and universally unpopular. Investors resist subsidiary structures because of risks around transparency, independence and conflicts of interest. The pressure to attract global investment has in recent years forced Tokyo-listed conglomerates including Hitachi and Toshiba to buy out minorities. SoftBank, which has nine listed subsidiaries, defends its continued use of the structure by classing itself as a pure investment company.

What justifies turning THG Japanese in this way? The company says THG Beauty’s partial separation “will position the business very well to focus investment in its key growth areas, including own-brand portfolio expansion”. It’s an ambition that looks amply funded. Analysts at Barclays (one of THG’s three house brokers) put a standalone value on Beauty of £4bn, or 2.5 times next year’s sales, so floating a 25 per cent stake might raise another £1bn before costs.

And THG investors are already inured to criticism about transparency, independence and conflicts of interest. Post-float press coverage rarely fails to mention Moulding’s founder share, which gives him power to defeat any shareholder resolution, his purchase of a swath of THG properties ahead of the IPO, or his assembly of a board that is at odds with UK corporate governance standards. The stock remains 22 per cent above its float price.

Investing also requires a relaxed attitude to disclosure, as THG prefers to report total rather than organic growth and withholds data on divisional margins. Separation might address the worry that revenue booked to the stratospherically valued Ingenuity business belongs elsewhere (a concern noted by auditors in THG’s 2020 annual report), as well as helping square cashflow with the profit and loss account. It’s not easy to unpick why the 39 per cent adjusted ebitda growth THG reported for the second quarter resulted in a £10.5m pre-exceptional cash loss, from a £86m profit a year before.

Perhaps Japanification will cure THG of a conglomerate discount. Moulding complains that public markets have given the cosmetics business a low valuation that has clipped its ability to make acquisitions. His solution is to allow new investors the choice of retail, technology or both.

Most sell-side analysts are in favour, having published sum-of-the-parts as high as double the current market value. But their optimism is founded on the theoretical £4.5bn value SoftBank put on Ingenuity. Investors using cash rather than long-dated options appear to favour a more cautious multiple than the 33 times 2020 revenue SoftBank says Ingenuity is worth. Why should a separate stock quote and an extra layer of organisational bureaucracy change their minds?

In the end, it comes down to cash. THG reports available liquidity of more than £1bn, having tapped SoftBank for £740m in May on top of the £920m raised at IPO, which analysts reckon is more than enough to turn free cashflow positive in 2023. Questions of transparency and governance have done more to repel potential investors than a lack of capital, yet the spin-off plan looks a lot like another fundraising exercise. If Moulding really wants to win them over, THG needs to stop regenerating and start delivering.