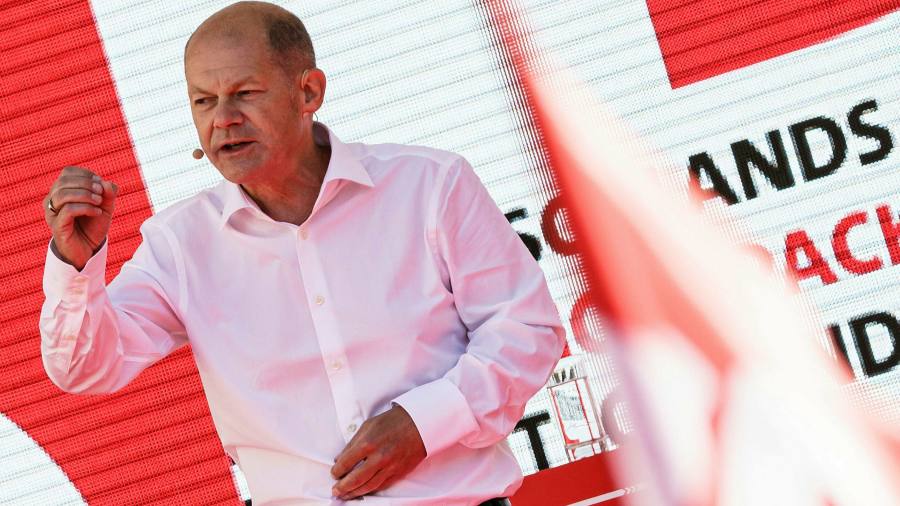 Political change in Germany comes disguised as continuity. In a nation traumatised by its 20th-century history, mainstream parties win elections by promising to protect the stability, prosperity and international respectability rebuilt after the Federal Republic’s creation in 1949. At times, however, platitudinous reassurances of stability can serve as a prelude to remarkable breakthroughs in economic and foreign policy.

Such a moment arrived in 1969, when the first Social Democrat-led government of the postwar era embarked on the Ostpolitik that reconciled West Germany with its communist eastern neighbours. Another moment came in 2002, when a re-elected SPD-Green government launched far-reaching reforms of Germany’s labour markets and welfare state.

As Angela Merkel’s 16-year chancellorship draws to a close, the question that hangs over the September 26 Bundestag elections is whether Germany stands again on the cusp of significant, if concealed, change. A little to its own surprise, perhaps, the SPD is once more at the centre of the picture. For the most astonishing feature of Germany’s topsy-turvy campaign is the SPD’s transformation from a party that looked doomed to catastrophic defeat four months ago to one that now has a chance of leading the next government.

The SPD is on a roll partly because of the unimpressive campaigns of Merkel’s Christian Democrats and the opposition Greens. Each topped opinion polls earlier this year, but fell back as voters turned against their chancellor candidates — respectively, Armin Laschet for the CDU and Annalena Baerbock for the Greens. By some distance, the voters’ favourite to replace Merkel is the SPD’s Olaf Scholz, who serves as her finance minister and vice-chancellor.

As calm, knowledgeable and serious as Merkel herself, Scholz comes across as a more credible “continuity candidate” than either of his rivals. His campaign team plays artfully on the similarities. One advertisement proclaims “er kann Kanzlerin” — meaning “he can be chancellor”, but using the noun’s feminine form to remind voters of Merkel.

By temperament and political belief, Scholz has little in common with the SPD’s leftwing base. Like Helmut Schmidt, a former SPD chancellor, he built his political career in Hamburg, the port-city whose citizens are famous for their resolute common sense. It was Schmidt who once said: “Anyone with visions should go to the doctor.”

On the face of things, there are few reasons to expect a Scholz chancellorship to mark a sharp break from the Merkel era. The SPD’s platform promises to make housing more affordable and to raise the minimum wage to €12 from €9.60 an hour. Scholz speaks of boosting investment in education and digitalisation. Yet as the guardian of Germany’s public finances he is disinclined to dispense with the constitutionally enshrined balanced budget rule. He says the EU’s stability and growth pact, whose fiscal provisions are viewed in some European capitals as too restrictive, are already flexible enough.

Moreover, any assessment of Scholz as a future chancellor must take into account the SPD’s likely result at the polls and its potential coalition partners. These factors might prove to be powerful constraints in their own right on a Scholz-led government.

In the first place, the days are long gone when, as in 1998, the SPD swept to power with almost 41 per cent of the vote. The party managed a meagre 23 per cent in 2009, 25.7 per cent in 2013 and 20.5 per cent in 2017. The fact that the SPD is topping the polls with well under 30 per cent is not a sign of its mass appeal but evidence of the fragmented German political landscape, with voters’ loyalties split among six parties.

As a consequence, the SPD would have to govern with two other parties — though not the CDU, because both parties and the electorate have had enough of “grand coalitions”. The most obvious partner is the Greens, with which the SPD shares some common ground on economic policy. But the liberal Free Democrats would be awkward partners on account of their demands for tax cuts and dislike of large-scale public investment. As for the radical leftist Die Linke, Scholz has not ruled them out but might deem their hostility to Nato intolerable.

The upshot is that, if the SPD were to win the elections, it would be an arduous task just to put together a ruling coalition. Governing as one of three parties would leave them with less freedom to set a bold agenda than when they dominated the government in 1969-1982 and 1998-2005. Change is coming to Germany by the mere fact of Merkel’s departure, but how much change is still open to question.