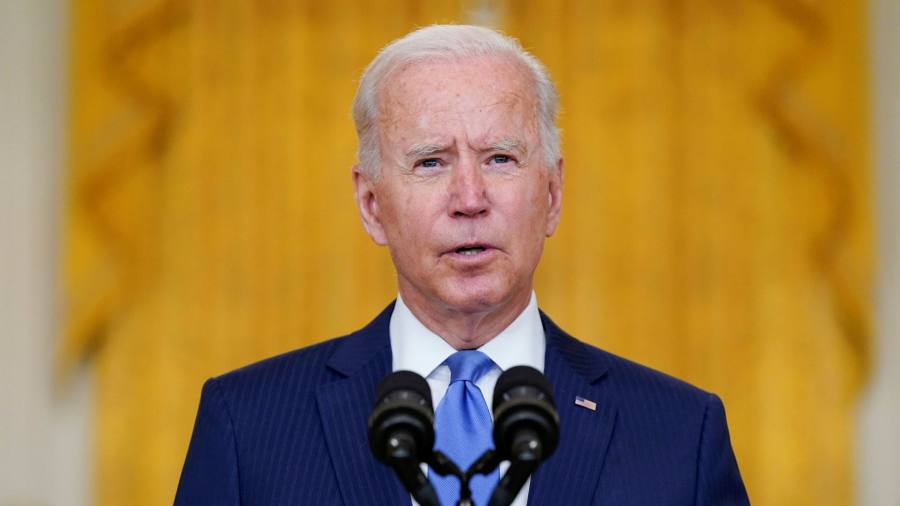 The writer is an FT contributing editor and author of ‘Renewal: From Crisis to Transformation in Our Lives, Work, and Politics’

Here is the speech that I wish President Joe Biden would give at the UN General Assembly this year. It is one that is honest about the uses and abuses of American power over the past 20 years, or perhaps the past 200, and points to a future focused more on people and global problem solving than great power politics.

“A strong, confident nation,” he might begin, “should not flinch from facing its past. From revisiting its foreign policy decisions through the lens of its values, and applying them equally to all people. Let us measure the success of foreign policy by the same metrics we apply to domestic policy: have we increased liberty, autonomy, prosperity, equality and justice for as many people as possible, at home and abroad?”

Looking back on the wars the US has fought, one can answer in the affirmative for the first and second world wars, the Korean war, the Gulf war, the Nato intervention in Kosovo, and probably for the cold war as a whole. In assessing the cold war, however, we must weigh the liberation of eastern and central Europe against the proxy conflicts the US and the Soviet Union fought, killing millions of civilians and supporting strongmen who often looted their countries. Many others fail the test: Vietnam, Iraq, Libya and other smaller interventions to overthrow or prop up governments in Latin America, Asia and Africa.

In the early years of the war in Afghanistan, when the US and its allies were acting in self-defence to destroy al-Qaeda and the Taliban government that hosted it, an international alliance helped put together a new Afghan government. The majority of the Afghan people were likely better off; certainly many girls and women were.

But by 2009, the US government knew that corruption fuelled by American dollars was blighting Afghanistan. More girls were being educated and women employed, but they were increasingly limited to the cities. The Afghan economy had been stagnant for a decade as constant violence drained the land and the people.

The US has never engaged in this cost/benefit calculation because it uses very different metrics to determine the success of domestic and foreign policy. Domestic policy has dealt with people; foreign policy with states. When the chief threat to people came from the governments of other states, that division made sense. It no longer does. When more Americans have died from a global pandemic than all the wars the US has fought since the second world war, when the habitability of the planet itself is in question, and when economic and racial inequality blight the prospects of billions more, it is time to rethink national security and the purpose of foreign policy.

The US must retain the military capability to deter and defend against attack. It must also strengthen its diplomatic capabilities, as Biden seeks to do. The most important tool in the US foreign policy kit, however, is the third “d”: development — as defined by Nobel laureate Amartya Sen and philosopher Martha Nussbaum. That is the nurturing of human capabilities and the autonomy and freedom that results. As such, development does not recognise borders and does not treat the flourishing of children in Newark any differently than in Nairobi.

“The metrics for measuring development goals in every country around the world were created right here at the UN,” Biden could continue in his speech. “The Sustainable Development Goals, or SDGs, should become the basis for global competition, in which power and influence are measured in terms of which state can produce the best outcomes for its people. The US should shift from power politics to people politics.”

In conclusion, the president would remind his audience that “the United States was founded on the proposition that all white men, anywhere in the world, were created equal,” a credo that has been updated to “all humans are created equal”. As the US approaches its 250th anniversary in 2026, it is becoming a plurality nation, reflecting ancestors from every continent in different proportions. It is time to work to ensure that the peoples of all nations enjoy their rights to life, liberty and the pursuit of happiness.

Biden won’t give that speech. He is far more likely to warn of the rising threat of China. But as the president of a country that needs an honest reckoning and a renewed commitment to making the “self-evident truths” of its founding actually true, he should.