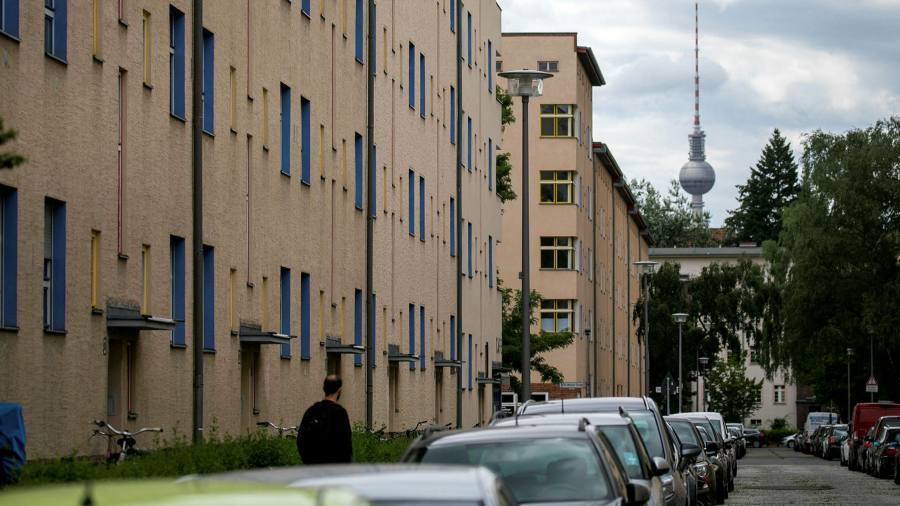 Sign up to myFT Daily Digest to be the first to know about Berlin news.

A referendum due in Berlin next month on expropriating big residential landlords should be a wake-up call. The ballot, prompted by a petition, would activate a never-before-used part of the German constitution that allows the state to take over “land, natural resources and means of production” in exchange for compensation. If it passes, the largest private landlords would be forced to sell their properties to the city government at a “fair” price. This would do little to solve Berliners’ grievances, but it demonstrates the extent of anger about seemingly broken housing markets across the developed world.

A Financial Times series has highlighted the global rise in house prices prompted by the coronavirus pandemic. Despite one of the worst economic slumps in history, the cost of housing has risen in almost every major advanced economy. Accumulated savings, low interest rates and changing preferences — homeowners seeking out more outside space or room to work at home — have helped to propel prices upward. While that may be better than the vicious cycle of mortgage defaults and bank failures that accompanied the 2008 financial crisis, it brings its own problems.

A particular concern is the ability of the young and low-paid to find good quality housing — whether in Sweden, where disagreements over rent control brought down the government, or Spain, where rental costs led protesters to take to the streets in March. Berliners, who are proud of the city’s countercultural way of life, are justifiably worried that the rise in prices will transform their city. The remorseless logic of economic efficiency, they predict, will transform the German capital from a place that was famously described as “poor but sexy” into yet another urban playground for wealthy yuppies.

Germany has previously been an outlier among rich countries for its largely private rental-based and heavily regulated housing markets. Compared to the more free market approach elsewhere, this kept the cost of housing relatively cheap despite a similar, or even more extreme, drop in interest rates. That Berlin is only now grappling with the same problems that have beset London, Paris and New York for decades is a testament to how successful this strict regulatory approach has been in providing secure and affordable housing.

As the capital city of Europe’s largest economy, it was perhaps inevitable that it would be in Berlin where the model would face the greatest challenge. Rents have risen by 43 per cent over the past five years and an increasing number of units have been converted to owner-occupancy. Berliners have fought a rearguard action against the changes but a proposal to control the pace of rental increases was struck down by the constitutional court.

Switching rental properties from private to public ownership will do little. What matters more than ownership is control: Germany’s relative success was always based around large private landlords but heavily regulated by the state. In comparison to attempts by governments in Britain, the US or elsewhere in Europe to promote home ownership, a focus on tenants and strong rental contracts ensured housing was seen as somewhere to live rather than an investment.

Berliners might find striking a blow against private landlords a source of catharsis. It will not, however, solve the underlying problem: a lack of housebuilding and relatively low wage growth over the past few decades. Tackling these problems, not only in Germany but elsewhere, is the key to fixing housing markets.