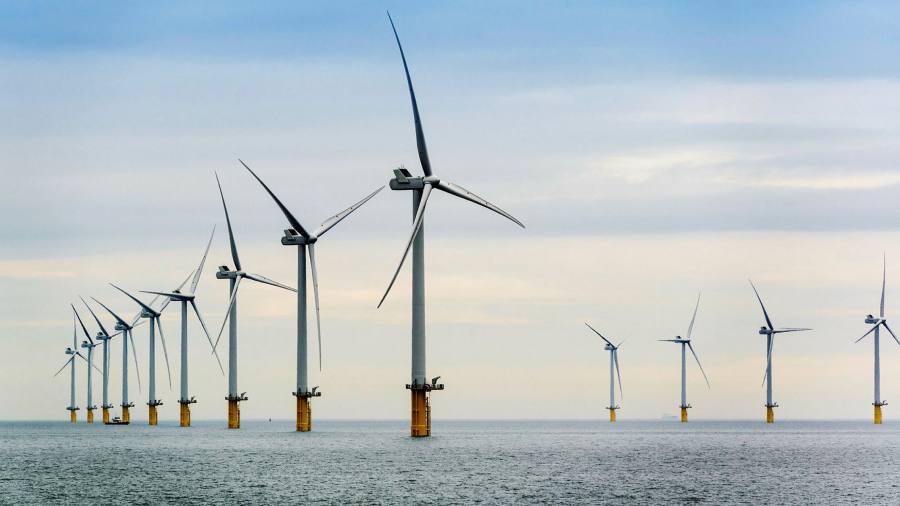 The writer is founder and managing partner of FutureMap

It is tempting to be pessimistic about Britain’s future in this dark and gloomy season. The wins of the COP26 climate summit have faded from memory, while the eastern fork of HS2 has been scrapped and the northern powerhouse downsized. The country’s widespread labour shortages from truckers to nurses have become an accepted norm. The only hope is that the UK might succeed again despite itself.

Perhaps that is exactly what will happen. As climate change reduces our world to a Darwinian adaptation race, it turns out that Britain is well positioned to be among the fittest — but only if it doubles down on green energy, resilient transport and cities and smart immigration. The UK can’t fulfil Prime Minister Boris Johnson’s aspiration of being a great “green power” unless it builds the infrastructure and attracts the labour force to match.

With its industrial base eroded and many towns depopulating, the UK must now engage in a new administrative, economic, and demographic strategy. Chancellor Rishi Sunak has unveiled an ambitious £650bn public and private spending plan for the coming decade, every penny of which will be needed for the government to achieve its twin goals of green growth and levelling up. Already the country gets more than half its energy from non-fossil fuels, and aims to be fully powered by clean energy sources by 2035. Hull, a wind power and green hydrogen hub, is exporting its knowhow to the US to build wind farms off the coast of New England. French winemakers are planting vineyards in southern England and fresh British produce is coveted worldwide.

But if the UK wants to out-export the Germans and Danes in wind turbines and get its food to global markets more quickly than the Dutch, then the northern powerhouse should be extended to Liverpool and Hull. This would create a high-speed passenger and freight land bridge connecting British ports more efficiently to Europe and Asia in the east and the western hemisphere across the Atlantic. Seen in this light, the government’s decision to scrap a section of the HS2 line and abandon the northern powerhouse rail from Manchester to Leeds is particularly disappointing.

Competing internationally will require getting the nation’s demographic house in order as well. The UK has an ageing population and is facing declining fertility. According to the Centre for Population Change, the birth rate fell to 1.6 last year in England and Wales, and could reduce further to 1.45 births per woman by 2023. Without a balanced, growth-orientated immigration strategy, this could get even worse.

Human ingenuity and labour are still the key motors to speed up Britain’s industrial revival. Without foreign workers performing basic services, British cities would look like Naples, with rubbish piling up on the streets. There is a lot of work to do, and the UK is sadly lacking in the lorry drivers, doctors, nurses, construction workers, warehouse personnel and farmers to do it. These jobs aren’t going to be automated anytime soon. Rather than using the Army to deliver fuel, the government would be better off recruiting an army of skilled migrants to get essential projects off the ground in years instead of decades.

Immigration policy should therefore be less about numbers and more about luring people to work in a nation that aspires to green growth, healthy demographics and global influence. The UK needs young and able-bodied workers to stave off the economic decline driven by population deflation. Ministers should move fast, before other nations get ahead in the race for talent.

Fortunately, the UK hasn’t had a closed door to migration since the Brexit referendum. Last year, a record number of foreign students attended British universities, their tuition fees injecting much-needed cash into academic coffers. Instead of proof-of-work and a security bond payment, evidence of a university degree is now enough for citizens of many developing countries to work in the UK. With more than 1m job vacancies in total, and unemployment last month of below 5 per cent, the UK suddenly looks like a desirable destination for aspiring grafters.

Immigrants from emerging markets have the double advantage of being ambassadors for deeper commercial ties. Earlier this year, the UK launched a scheme allowing Hong Kong BNO passport holders to resettle rapidly in Britain and acquire citizenship. Around 65,000 have already applied. Downing Street should now look even further afield with the aim of driving the population to 80m by 2050, a healthy and desirable level.

Boris is right: great powers will inevitably be green powers. But being green is not enough. Collecting people is collecting power, too.