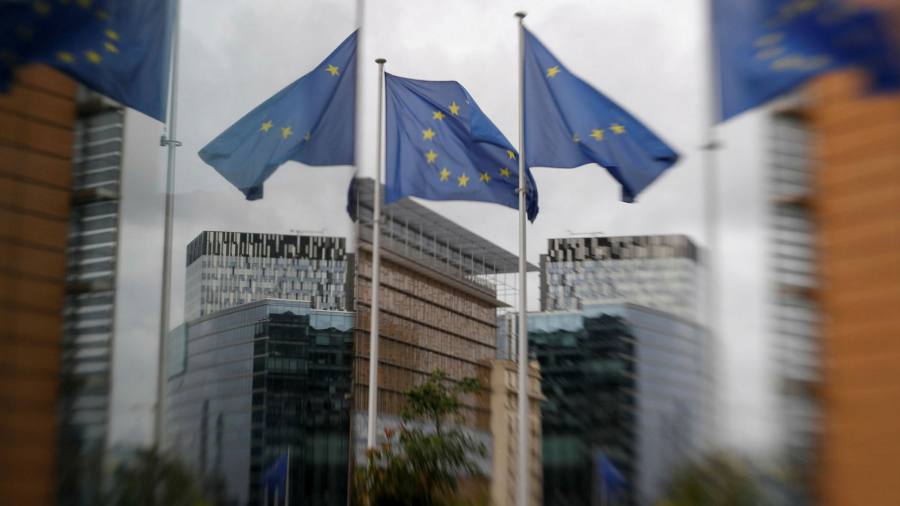 Sign up to myFT Daily Digest to be the first to know about EU eastern tensions news.

After five years of kid-glove treatment and fruitless dialogue, Brussels is belatedly turning the screws on the Polish government over its demolition of judicial independence and the rule of law.

The European Commission last week said it would apply to the European Court of Justice for fines of up to €1m a day against Warsaw after it refused to abide by the court’s instruction to immediately suspend elements of a new disciplinary regime for judges. The disciplinary regime is a blatant attempt to submit Poland’s courts to the will of its conservative-nationalist government. It is one of several steps the Law and Justice-led coalition has taken since 2016 to rein in the judiciary. In July, the ECJ ruled that it was incompatible with EU law because it failed to protect the independence and impartiality of judges.

As guardian of the EU’s treaties, the commission is compelled to protect the legal order. The real turning point is that Brussels is now using its financial muscle as leverage too. The commission is withholding approval for €36bn in grants and loans to Warsaw under the EU’s pandemic recovery fund because of concerns over Poland’s respect for the rule of law. It is doing the same with Hungary. The commission has also threatened to stop EU funds to Polish municipalities that have declared themselves LGBT+ free zones.

A confrontation is regrettable. It risks deepening a rift between a handful of nationalist governments in central and eastern Europe and the rest of the EU at a time when other tensions — such as over the transition away from fossil fuels — are coming to the fore. It could also inflame Eurosceptic opinion in Poland, although it is still a small minority. Warsaw will present it as the EU punishing the Polish people even though it is actually the government attacking its own institutions and constitution.

The Law and Justice-led government’s campaign to shackle the judiciary has been obsessive, pursued through several reforms over five years. It is the precursor to the dismantling of other democratic checks and balances, as the government’s recent assault on media pluralism shows. The EU’s mistake was the failure to recognise the systemic nature of the judicial overhaul. After Brexit, Brussels wanted to minimise internal EU tensions. It thought patient dialogue might work. It was wrong.

When the EU amplified its concerns and escalated legal action, Warsaw drastically raised the stakes with two cases before Poland’s constitutional tribunal challenging the supremacy of EU law. Poland is not the only country to challenge the EU’s legal primacy. Germany’s constitutional court has a long history of issuing qualifications. Poland’s does not. The cases appear politically inspired. One, still pending, was brought by the prime minister himself.

Brussels is right to apply financial pressure as well as take legal action. It should not relent until the disciplinary regime is scrapped altogether and the remaining challenge to EU legal supremacy dropped. Even if it then approves Poland’s recovery plan, it should stand ready to suspend payments using the new rule of law conditionality mechanism. Politicians and taxpayers in other member states are asking why they should fund billions of euros in transfers to a country whose legal system cannot ensure the money is properly spent. Warsaw’s assault on the rule of law is putting its EU membership and the benefits that come with it on the line. If Brussels makes that clear, Poles can decide whether their reckless government still deserves their support.