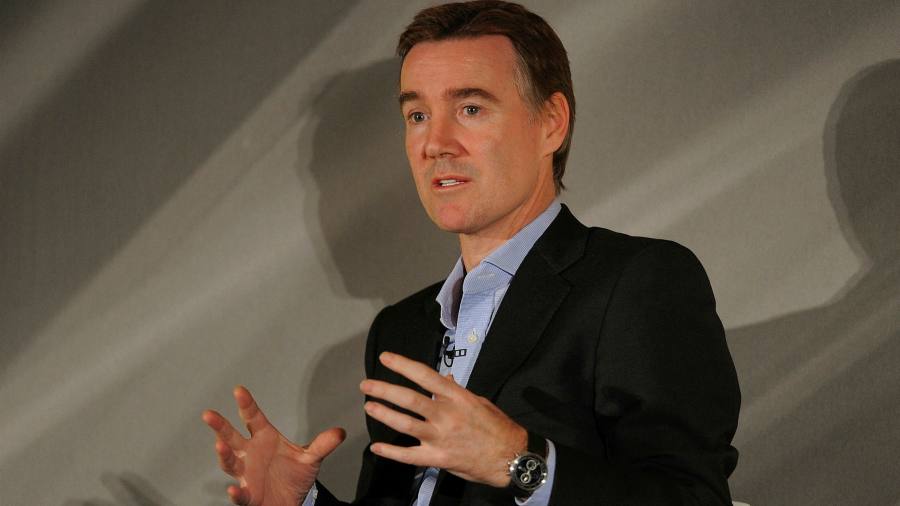 Sign up to myFT Daily Digest to be the first to know about BT Group Plc news.

Tim Höttges, of Deutsche Telekom, sent a cryptic message to Adam Crozier, BT Group’s chair-elect recently. He noted his company’s kingmaker role — it has a 12 per cent stake — on an earnings call. The finance director name-checked the other key shareholder of the UK’s biggest telecoms group, Patrick Drahi. Crozier will need all his confident charm to reconcile their demands with those of minorities and the UK’s demanding telecoms regulator.

The Scot triumphed in a global hiring contest for good reasons. He turned round struggling television network ITV after running the Football Association. His familiarity with technology at fast fashion group Asos will also have clicked with BT’s nominations committee. His personality should mesh well with that of ambitious chief executive Philip Jansen.

Fathoming the aims of Drahi should be close to the top of Crozier’s to-do list when he starts in December. The Altice Capital boss known for his slash-and-burn tactics took a stake in June. The French tycoon has not requested board membership, which means he is keeping his powder dry.

Drahi can hardly be pleased with the drop in BT’s share price. The enterprise value is about five times estimated ebitda. He could generate some excitement by purchasing part or all of DT’s stake. A partial sale of broadband network Openreach would have the same effect.

BT, like ITV, looks very much like a legacy business struggling to generate steady growth. G-network, City Fibre and Virgin Media are among broadband rivals enumerated by James Ratzer at New Street Research.

Crozier will have to validate his time management skills with stakeholders, as well as BT’s strategy. He has agreed to give up the chair at Asos and a directorship at Sony. But he will continue to chair hotels group Whitbread and Kantar, the market research company owned by Bain.

The argument for plural chairs is that it gives them better contacts and comparative knowledge of other sectors. Arguments against them include suggestions they may limit opportunities for UK business to hire from a wider talent pool. Chairs of big UK companies remain predominantly able-bodied, male, middle-class, heterosexual and Caucasian.

None of these characteristics will matter so much to Crozier’s tenure as his diplomacy. These days, running big UK-focused corporations, like war, is simply politics by other means.

Catch up with a letter from Lex’s centres around the world each Wednesday, and a review of the week’s best commentary every Friday. Sign up here