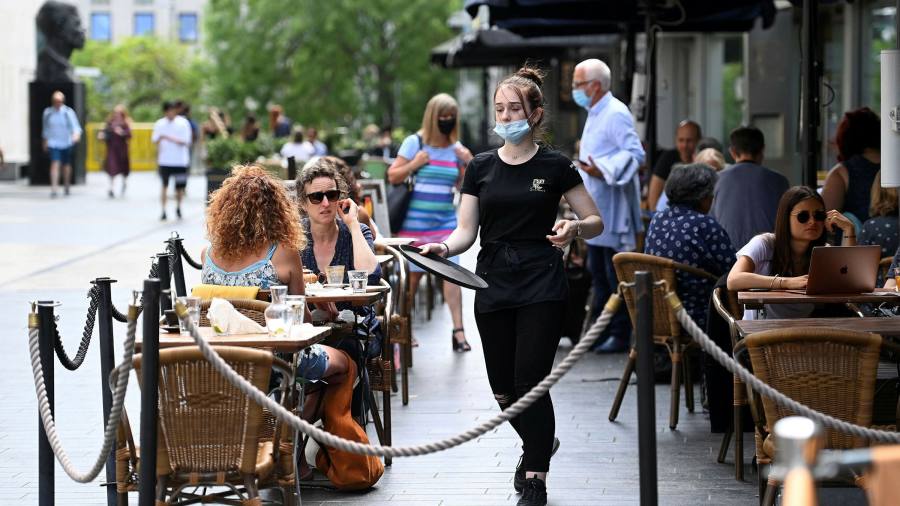 As every business knows, a rebranding exercise can be costly. They didn’t realise they would be paying for the government’s.

UK prime minister Boris Johnson plans to raise £12bn a year to clear NHS backlogs and tackle the funding crisis in social care. To find the money, the government will turn to the tax that sounds least like a tax: national insurance. To further obfuscate its taxiness, this is being dubbed a “health and social care levy”.

The latter plays on a lingering but misplaced idea among voters that national insurance exclusively funds “good” spending on healthcare, as opposed to general taxation which funds government profligacy.

National insurance, though, is a worse tax. It is less progressive than income tax because it doesn’t usually include unearned income such as rents or dividends, kicks in at a much lower salary level than income tax and is not paid by older people.

In reality, public attitudes to this look closer than the Westminster wisdom suggests. YouGov polling from June this year found 46 per cent of adults thought national insurance was fair or very fair, versus 50 per cent for income tax. Polling done by JL Partners for Channel 4 News this week found 55 per cent backed a 1 percentage point rise in national insurance, compared to 51 per cent for a similar rise in income tax.

The more complicated the proposal, the lower the enthusiasm. Support dropped to 43 per cent when an increase in national insurance included extending it to older people still working, a fairer proposal. Indeed, the government tried to address some of national insurance’s failings in its plan by extending the levy to older people’s earnings and increasing the rate of tax on dividends.

There’s some irony here in that complexity is part of the appeal of national insurance: it’s hard to see who ultimately pays. And while business bleating about any tax increases is guaranteed, the Institute of Directors has a point when it calls this an “extraordinary time to be considering adding to the cost of employing people”.

National insurance is paid by both employee and employer, at a variety of different rates and thresholds. At the moment, those combine to give an overall rate of 22.7 per cent, according to the Institute for Fiscal Studies. When both are increased by 1.25 percentage points, the combined rate increases to 24.6 per cent. It is already the biggest tax for UK business, edging out corporation tax, according to PWC’s analysis of the 100 largest companies.

In the long run, businesses’ share of that will be paid by workers in the form of lower wages, customers through higher prices, or shareholders thanks to reduced profits. In the short run, the rise equates to about £8.1bn in extra costs for business, according to HMRC data, at a point when many businesses are struggling to recover from the pandemic, clear an overhang of rental debt or simply find enough staff to operate.

Labour shortages may alleviate concerns about announcing an increase to the costs of employing people just as the furlough scheme comes to an end, with an estimated 1.7m people still in the programme in late July. But a tight labour market could also make it harder to pass on increased costs in lower wages over time (the norm), suggesting prices may take some strain. The IoD found almost three-quarters of businesses are already worried about rising salary-related costs.

Plans to raise the rate of corporation tax were criticised earlier this year even as some business leaders rightly (but quite quietly) acknowledged the justification in asking successful companies to help foot the bill for extraordinary pandemic support.

But, unlike corporation tax, national insurance isn’t levied on profits: it is a tax on activity, argues Neil Carberry at the Recruitment & Employment Confederation, which could fall hardest on those labour-intensive sectors worst hit by the pandemic — even as further lockdowns can’t be ruled out for this autumn.

National insurance has long been in the sights of tax campaigners for reform, such as by raising lower rates paid by the self-employed or combining it with income tax for clarity and transparency. Instead, business may itself have to settle for a rebranding: Tax on jobs seems to be the early favourite.