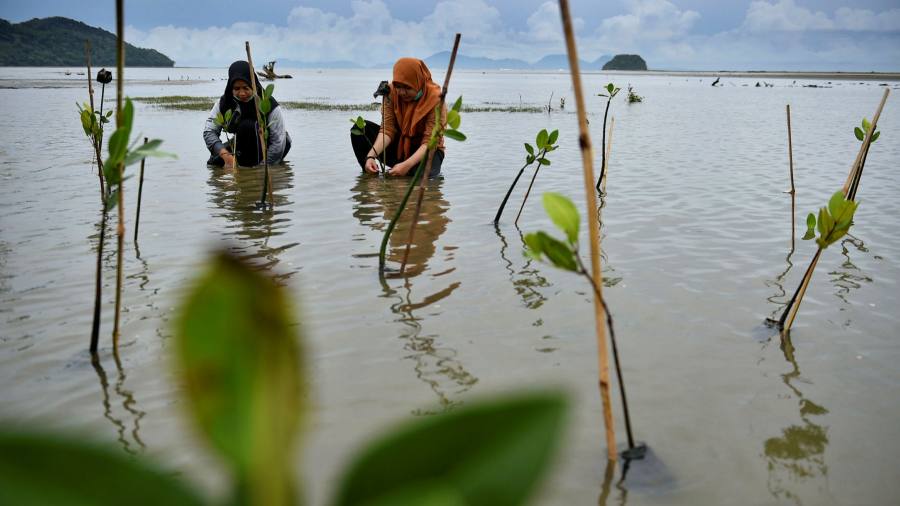 Look through the transcripts of chief executives speaking on earnings calls this reporting season, and the climate vocabulary really jumps out. “Net zero emissions”, once a niche technical term, is mentioned by more than 150 companies, from Rolls-Royce to Glencore and Deutsche Bank. Some two dozen executives also talk about 1.5C targets. (For those not inducted into the world of climate jargon, that is not a thermostat reference, it means limiting global warming to 1.5C, as the Paris agreement recommends.)

But one bit of climate-speak is not mentioned that should be. This weekend, the UN is preparing to publish a landmark analysis of the changes happening on the planet — and what we can expect in the next few years as the earth warms further. The report, from the UN Intergovernmental Panel on Climate Change, will be the gold standard of the latest research on the science of climate change.

The message will almost certainly be gloomy: climate change is happening faster than scientists thought, and the likelihood of extreme events is increasing. According to leaked drafts, the planet will pass 1.5C of warming sooner than expected. But when the report comes out on Monday, there are three specific areas where companies would be well served to take note — in addition to the alarming physical changes to the planet.

The most immediate is in the courts, as climate litigation against governments and big energy companies usually draws on IPCC findings. When a Dutch judge ruled in May that Shell had to increase its emissions cuts, part of the basis of that case was IPCC science. Shell has appealed against that ruling and at the appeal hearings, the new IPCC report will be used by the prosecution. And it’s not just Shell; the new report will also be the basis of a similar case under way against Total in France.

A second is that the IPCC report will include an alarming chapter on pollutants such as methane and black soot, which both make a powerful contribution to global warming. This could provide fresh impetus to cut those emissions: the EU is considering new methane proposals this autumn, and in the US the Biden administration is preparing to tighten rules. This could be a game-changer for oil and gas companies, landfill operators, cattle farms, and coal mines.

A third corporate impact will be on the little-noticed area of carbon dioxide removal. As the planet hurtles toward 1.5C of warming, activities that remove carbon dioxide from the air will become more important. This includes planting trees, restoring soils, and technology-based methods that are still unproved, such as carbon capture and storage. Some businesses have cottoned on: the only company to mention the IPCC report at all was Drax, the UK energy group that could benefit because it burns wood pellets (bioenergy) and plans to capture the carbon emitted in the process.

The IPCC report will have a clear effect on the bottom line for certain companies — whether because of climate litigation, or methane reduction policies or carbon removal. But the even bigger impact will be what is happening to the planet itself.

Between now and the UN climate conference in November, companies will announce a slew of new emissions targets and climate initiatives. Some will be greenwash, others will be worthwhile. But facing all of these businesses is the challenge of a planet that is heating faster than expected. That will bring natural disasters, from floods to fires and storms, as well as financial shocks and supply chain disruptions. The IPCC report will be a guide to what to expect — essential reading for any chief executive.