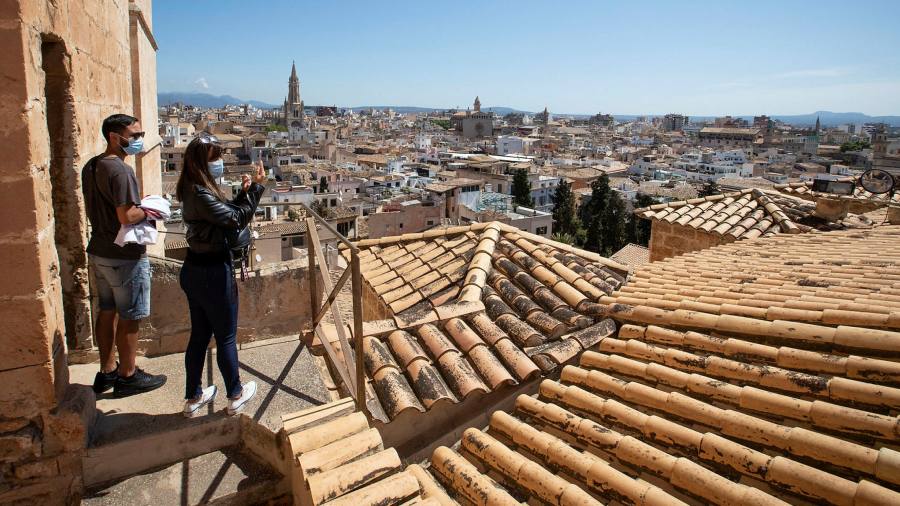 Sign up to myFT Daily Digest to be the first to know about Business travel news.

He was on the shortish side, probably in his forties, with pale hair, eyes of ice and the steely voice of a remorselessly officious prig.

“All your liquids have to go into one plastic bag no larger than 20 by 20 centimetres,” he said flatly, as I stood in the security line at Stansted airport last weekend.

I had two bags, both the wrong size, and inside one was an item the man declared he would be confiscating forthwith: roll-on mosquito repellent.

“But I’ve flown with this stuff for years!” I whined. “And where’s the rule that says a bag has to be 20 by 20 centimetres?” Behind me in the queue, I felt eyes starting to roll as people realised they were in the presence of the worst type of traveller: the idiot kind.

The security man was quite correct. The bag size rule has been around since at least 2006, a Google search later showed, and though the insect repellent rules are less clear, I should have known better.

Not having been inside an airport for nearly 18 months was no real excuse. Nor was the unsettling dread that another official was about to pounce on an error lurking in the fat binders of Covid paperwork needed to get on the plane. Nor the fear that, if I ever managed to board the rammed Ryanair flight to Spain, I would be lucky to exit uninfected. The whole experience left me with one overwhelming thought: if this is the future of flying, just for a summer holiday, business travel is going to be in trouble for quite a while.

Airline bosses predicting a “renaissance” in business trips, as Delta Air Lines’ Ed Bastian did in June, may be comforted by the idea that vacations are optional while work journeys are essential.

But Covid has exposed a great unspoken truth about business travel: a lot of it was done for reasons that had nothing to do with business.

Pre-pandemic, a business trip offered the winning combination of getting out of the office and into a new place you had always wanted to visit — or an old one whose haunts you missed.

Unfairly, work trips also allowed one to avoid domestic drudgery while enhancing one’s importance. Of course you wanted to be home for that parent-teacher night next month but alas! You had to go to a dratted business conference in Aspen. Or Bali. Or Barcelona and all the other destinations that once lit up a work calendar with such glittering promise.

If you think this sounds overly cynical, consider what 3,850 business travellers in 25 global markets told researchers for a survey commissioned by SAP Concur, a business that sells work travel management software.

An impressive 96 per cent were willing to return to business travel and 65 per cent were “very willing”. But when asked to name the personal reasons for wanting to get back in a business lounge, the 54 per cent who cited a desire to make connections with customers and colleagues were almost matched by the 52 per cent who said they wanted to “experience new places”.

In addition, 41 per cent admitted they were keen on “taking a break from their everyday life” and 19 per cent said they were simply looking forward to being able to dress up and go somewhere.

I do not blame them one bit. And while Covid has comprehensively shown how much of working life can be done easily, and cheaply, on a screen, business travel will never disappear completely.

Clearly it is better to turn up in person to, say, inspect a factory building before your company buys it, or persuade a client to sign a big contract with your firm instead of a hungry new rival.

Personally, I cannot wait to interview people face-to-face in their natural environments again, rather than over a screen.

But I also know that, before 2020, I would have thought it impossible to go through anything like an IPO from home on Zoom. Then I met the founder of a British company who has just done precisely that — very successfully.

The pandemic has a habit of turning predictions to dust, but if business travel recovers to anything like what it was any time soon, I will be seriously surprised.