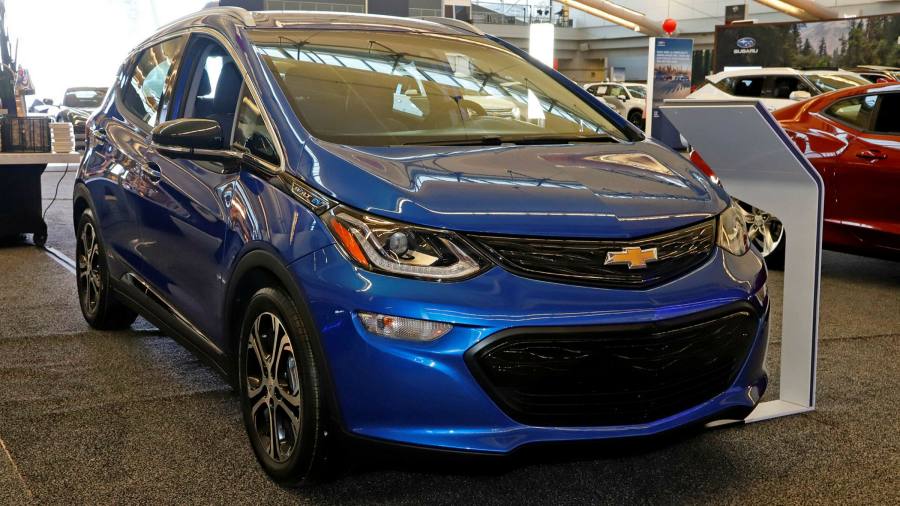 Sign up to myFT Daily Digest to be the first to know about LG Chem Ltd news.

General Motors has a headache. Who should pick up the $1.8bn tab for recalling Chevrolet Bolts? The batteries can, in unusual circumstances, burst into flames. The US carmaker has just recalled another 73,000 of the electric cars and says it will seek reimbursement from supplier LG Chem.

But any costs the South Korean battery manufacturer might absorb are overshadowed by the PR disaster at its most promising unit.

The latest round of battery replacement will add $1bn to recall expenses of $800m. GM missed earnings expectations in the second quarter and wants LG Chem to pick up most of the cost. Its liability is not cut and dried — investigators will probe whether the Bolt’s own systems contributed to fire risks.

LG Chem beat forecasts with its own second-quarter operating profits, which at $1.9bn included recall provisions. High-margin petrochemicals and basic materials generate 60 per cent of earnings. Here, operating margins are 25 per cent.

Batteries produce the rest of profits, with electric car power making margins of just 1.4 per cent. But the unit offers investors the best hope of strong growth. LG Chem shares traded at 35 times forward earnings in February, according to S&P Global, before recalls halved the multiple.

LG Chem separated batteries unit LG Energy Solution in December as a prelude to listing it. The flotation would hopefully garner a premium valuation for the business unhampered by the mature chemicals and materials divisions. Terms would now need to be cheaper than previously planned.

Panic over the prospects of LG Energy Solution is overdone, however. LG has a diversified client base. Nor is GM likely to add to nor switch its battery supplier.

The US carmaker has limited choice. There are only four main manufacturers of high-end electric car batteries: LG, Samsung SDI, Panasonic and CATL. None have a clean record when it comes to battery fires.

Shares of LG Chem now trade at 16 times forward earnings, compared with 108 times for Chinese peer CATL. That would be low even if the group made components for old-fashioned petrol cars.