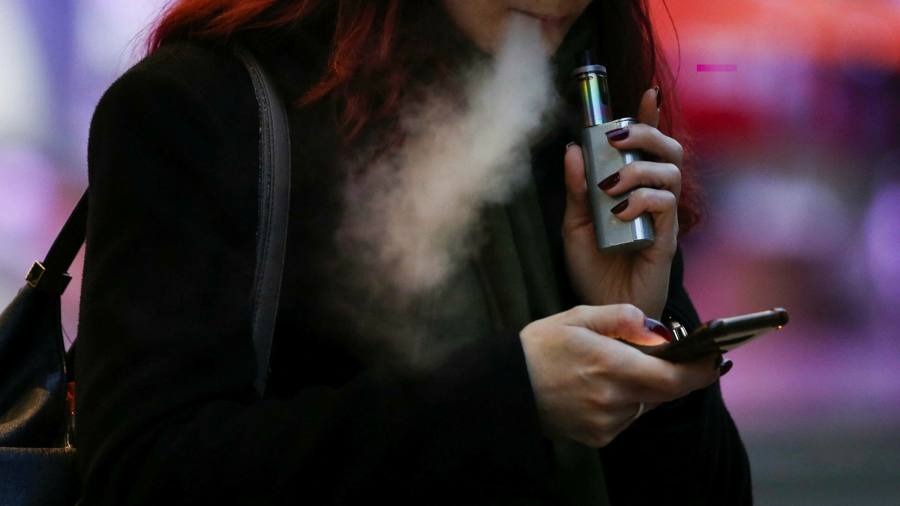 In recent years, entrepreneurs have made fortunes in China’s ballooning vaping market. Chu Lam Yiu was one of them. A probe into Chu, one of the country’s wealthiest self-made women, sent Hong Kong-listed shares of her business Huabao International down two-thirds on Monday. This is a wake-up call for investors in the sector.

The authorities are investigating Chu for “unspecified suspected disciplinary violations”, a phrase that typically denotes allegations of corruption. News of the probe brought an abrupt end to the seven-fold gain Huabao shares have enjoyed over the past two years.

With hindsight, the precariousness of those gains is obvious. Loose regulation has allowed vaping companies to make big profits. The contrast is with tobacco, which is tightly regulated and steeply taxed. China has over 300m smokers, according to World Health Organization estimates. The $235bn tobacco industry generates over 5 per cent of China’s total tax revenue.

Sales of locally produced e-cigarettes have surged at an annual rate of a third over the past five years. The products are taxed at just 13 per cent, compared with a basic levy of around 60 per cent on traditional cigarettes. That figures surpasses 70 per cent when other local taxes are accounted for.

The authorities had been dropping hints of a crackdown. Regulators ordered e-cigarette makers to shut down retail websites and delete online ads. Beijing amended its tobacco monopoly law so e-cigarettes would be included in its jurisdiction in November.

Shares in China’s biggest vaping company, RLX Technology, have fallen 88 per cent in the past year, reflecting the growing risks. Local peer Smoore International is down 55 per cent, despite getting a much larger chunk — around 80 per cent — of its sales from outside China.

The probe into Huabao may prove to be specific to Chu and her company. But investors should still view Chinese vaping stocks in the same light as western ones. Official attitudes to vaping have hardened worldwide. Authorities are not welcoming it as a safe smoking substitute. Fortunes will be harder to harvest from now on.