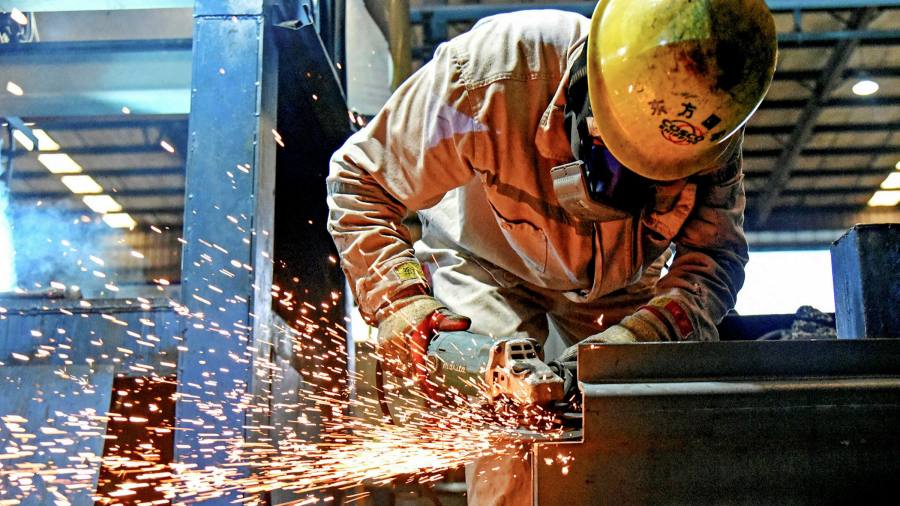 Sign up to myFT Daily Digest to be the first to know about Chinese economy news.

It was inevitable that the pace of the global recovery from the coronavirus pandemic would slow. Reopening an economy may often happen in stages but it can only happen once. The sudden surge of growth that follows a resumption of economic activity after a lockdown cannot be repeated, and the easing of less stringent restrictions will not lead to the same sort of boost. But recent softening in some key data is a concern. Not only does it reflect the spread of the more infectious Delta variant and supply chain worries but also a slowdown in China.

The rapid growth of an industrialising China — aided by government stimulus — helped the global economy to recover from the 2008 financial crisis. Last year, too, a strong rebound in the country’s industrial production made it one of the few to register positive growth in 2020. Now, however, there are signs that its recovery is losing momentum. This is due partly to the re-emergence of longstanding worries over levels of consumer and corporate debt as well as the changing priorities of the governing Communist party.

On Wednesday, the Caixin manufacturing purchasing managers’ index, one of the most closely watched independent indicators of the strength of what is on some measures the world’s largest economy, pointed to a contraction in China’s manufacturing sector. This is the first since April 2020, when large parts of the world went into lockdown to cope with the pandemic.

In part, the slowdown in activity reflects the same factors hampering the recovery elsewhere. The spread of the Delta variant has pushed many parts of China back into lockdown and the government has reintroduced regional travel restrictions. Supply chain problems, too, are preventing manufacturers from being able to respond to higher orders as quickly as they would like. Shortages of semiconductors and shipping containers have combined with a Covid-19 outbreak in Vietnam, itself a manufacturing powerhouse, to limit industrial production.

In the US, delta has similarly led to slower growth, where increasing case numbers have sapped consumers’ appetite to spend. In Europe, supply chain woes have contributed to rising inflation. The pace of price growth in the eurozone reached its highest level for a decade in July, according to the official figures published earlier this week. Partly that is due to “base effects” as the annual figures are compared to unusually low prices last year, but manufacturers are also being held back by the same shortages as their counterparts in China.

In China, however, there is the added concern over debt and the potential end of a long housing boom in the country. Property developer Evergrande, the most indebted of China’s homebuilders, has warned it is on the edge of default. Developers across the board are now facing higher interest costs. Partly that is the intended outcome of last year’s moves by the Communist party to reduce the economy’s dependence on real estate and limit the use of debt among property developers.

Across the board, China’s government is not prioritising growth as it once did but instead trying to rein in unbridled capitalism, whether the power of big technology companies or rising economic inequality. That may be understandable — a slowdown in aluminium production has been blamed on a determination by the government to cut pollution — but it will mean the country is not the engine of global growth it was after the 2008 financial crisis. This time the rest of the world will have to find other engines to power the recovery.