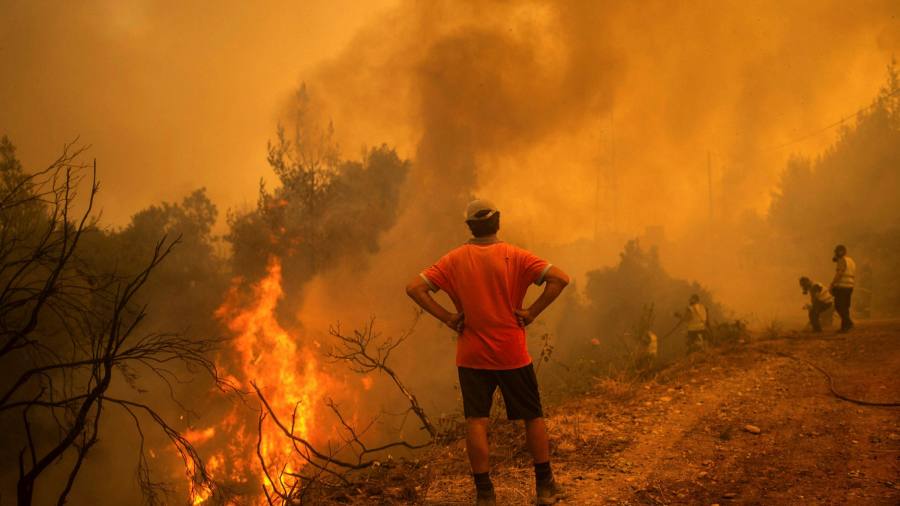 Humankind must do better, according to the latest report card from the UN’s Intergovernmental Panel on Climate Change (IPCC). Global warming continues apace. Even as companies try to limit and offset carbon emissions — notably by paying to plant or preserve trees — their investments are going up in smoke.

The document has arrived at a time when forest fires are raging in California, Siberia and Greece. The public mood has shifted in the years it has taken the IPCC to update its assessment. Fund managers overseeing $43tn of assets have pledged to meet net zero emission targets by 2050. They expect corporates to take action.

Some companies have responded by buying offsets backed by forests. Trees globally absorb an estimated 7.6bn metric tonnes of carbon net a year. Oil producers are among the most enthusiastic investors. In late 2016, for example, BP bought more than 13m forestry-based annual carbon credits from indigenous peoples in Washington state at over $8 per tonne.

Superficially, that looked smart. BP plans its projects using an internal carbon price of $100 per tonne by 2030. Already, the EU emission market is pricing carbon credits at $67 per tonne. With these sort of price gaps, BP is theoretically saving far more than half a billion dollars annually.

The scale of recent forest fires, which are linked to climate change, suggests that the risks are higher than oil majors anticipated. The Colville Reservation in Washington state has itself been ravaged. That could threaten its value to BP.

Offset projects generally have a buffer of 10 to 15 per cent to allow for natural disasters. It is unclear whether this covers recent damage. The last sizeable conflagration in 2015 wiped out a fifth of available timber on the Colville Reservation, according to a lawsuit.

Companies try to diversify carbon offset risks by including assets such as mangrove swamps. Moreover, offsets tend to be expensed against project cash flows, according to Oswald Clint at Bernstein Research. Financial writedowns are unlikely. But, plainly, a business cannot legitimately tell ESG investors that a project is carbon neutral if offsets have been literally carbonised.

The onus is on businesses to account as transparently for carbon reduction as they do for profits. Fund management groups must hold them to account. It is no longer enough for companies to cover their environmental responsibilities by publishing a fluffy report once a year, replete with scenic photos and vague metrics.

The Lex team is interested in hearing more from readers. Please tell us what you think of forest-based carbon offsets in the comments section below.