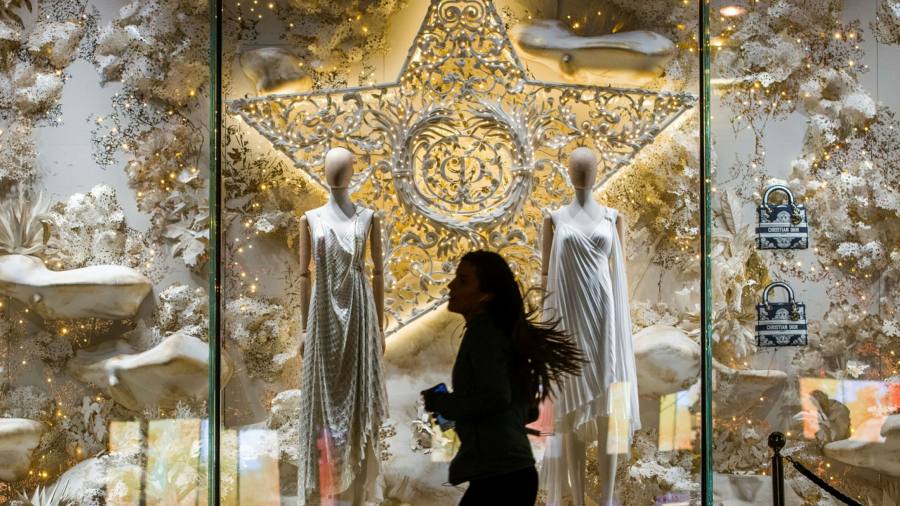 Europe’s biggest companies have struggled to keep up in the pandemic. Just 10 of the 100 biggest winners in terms of market capitalisation growth over the past two years — and only one of the top 10 — hails from the EU. Even when the UK and Switzerland are included, the number only rises to 14.

This is not just a Covid phenomenon, rather it is part of a shocking and long-term decline. In 2000, the enterprise value of large listed companies in Europe was almost on a par with US rivals. By late 2021, US groups were worth more than twice their European counterparts — $46tn vs $21tn — according to McKinsey research. Large technology firms such as Alphabet, Meta, Apple, Amazon, Tesla and Microsoft contributed almost half of the gap in market capitalisation.

Some industries where Europe dominated in 2000 — telecoms and insurance — have grown slowly. But the continent’s entrepreneurs have struggled to achieve scale. More than 40 companies now worth more than $100bn have been set up in the past 50 years. Just one was based in Europe.

Americans like to boast of a superior culture and lighter regulations. But barriers have made it harder for European companies to achieve real scale and compete globally. Foremost is access to capital. Mature US capital markets mean companies can sell large quantities of debt and equity, while European companies have to rely more on bank loans, which hurt them during and after the financial crisis.

Brussels has talked for years about capital markets union, which would standardise rules, making it easier for companies to tap investors from across the bloc. Progress remains slow and Brexit has split rather than united markets. This must change.

European tech groups spend much less on research and development than big US ones, making it more likely that they fall behind on revolutionary technologies. Despite the single market, they face language and regulatory barriers when they leave their home countries. Nationalist sentiment has sometimes prevented vital cross-border consolidation. The continent’s economy has also expanded more slowly than that of China or the US. All these factors are a drag on growth and a deterrent to investors.

As the EU seeks to encourage corporate growth, it will face a tricky balancing act. Many Americans now believe that big tech companies have had too much freedom to buy potential rivals. The EU has rightly been more protective of competition, and it should be careful not to lose that sense of scepticism entirely in the interest of creating continental champions. Similarly, overly prescriptive standards and rigid labour laws have constrained growth in some sectors; but unfettered capitalism has a very ugly side, so a reformed approach needs careful consideration to be sustainable.

Change may be coming. After years of lagging behind the US and Asia, European start-ups are finally attracting more venture and growth capital funding. Investment leapt 142 per cent last year, to $93bn, outpacing the rest of the world, according to CBInsights. There has been a visible boom in entrepreneurship in many European cities, and a record 63 companies crossed the $1bn valuation threshold in 2021, though that still trailed the US’s 304. Stock market listings and sales of European start-ups also hit all-time highs.

The EU and the UK have a new chance to build future global champions. To capitalise on it, they must find ways to strengthen public markets, make cross-border expansion easier and carefully reform rules on competition, employment and governance.