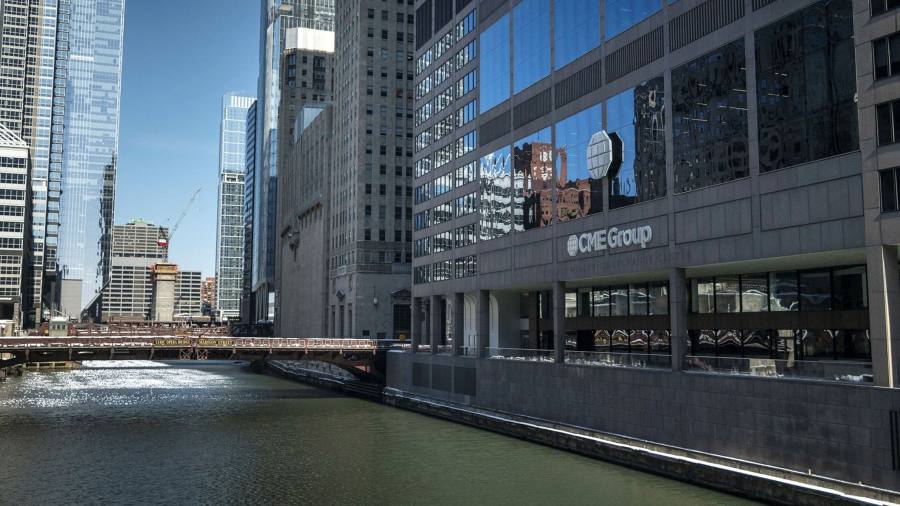 Sign up to myFT Daily Digest to be the first to know about CME Group Inc news.

The Second City of the US may not need two separate financial exchanges. The Financial Times has reported that Chicago-based CME approached smaller neighbour Cboe about an all-stock takeover. The deal would roughly value the company behind the Vix volatility index at $16bn. Even with a 20 per cent premium, Cboe would be a minnow in the consolidating world of exchanges.

CME’s own market worth is roughly $70bn. The business said it was not currently in acquisition talks. Given sharp new scrutiny on corporate consolidation, the window for a deal may already have closed. But combining the two exchange groups spawned by Chicago’s huge heft as a US trading hub would make a lot of sense.

Global exchange groups have coalesced into just a handful of groups. Trading efficiencies created by deregulation and new technology have made combinations necessary. Lower friction has benefited buyers and sellers of securities alike.

The two groups would fit together nicely. CME operates a series of derivative exchanges for interest rates, as well as for commodities such as metals, agriculture and energy. Cboe is known for its venues for trading index and equity options as well as its ownership of the Vix, the so-called fear index for US equities.

Option trading has exploded during the pandemic, driven by retail traders using the Robinhood app. Cboe has said daily volumes in 2020 rose more than 40 per cent, year over year. Still, its shares are just flat over the past two years. Selling at a premium, even for stock, would be attractive to investors.

CME shares have fallen nearly a tenth in the past two years. Compare that with Nasdaq and to Intercontinental Exchange, owner of the NYSE. Their stocks are up at least 25 per cent in that timeframe.

The shares of the Windy City’s exchange groups may have lagged behind but CME still boasts a valuation of roughly 28 times forward earnings. That is almost a quarter higher than Cboe, providing firepower for a stock-based deal.

Exchange operators have lately been expanding horizontally into data and analytics, as the London Stock Exchange has done. The reasons are that full-on exchange mergers are politically unpopular and most possible combinations have been executed.

Suppose CME and Cboe could revive talks that have apparently lapsed. They would still have to square a Biden administration that might prove hostile. Chicago may — anomalously — remain the sweet home to two exchange groups for some time to come.

The Lex team is interested in hearing more from readers. Please tell us in the comments section below whether you think this potential takeover would work.