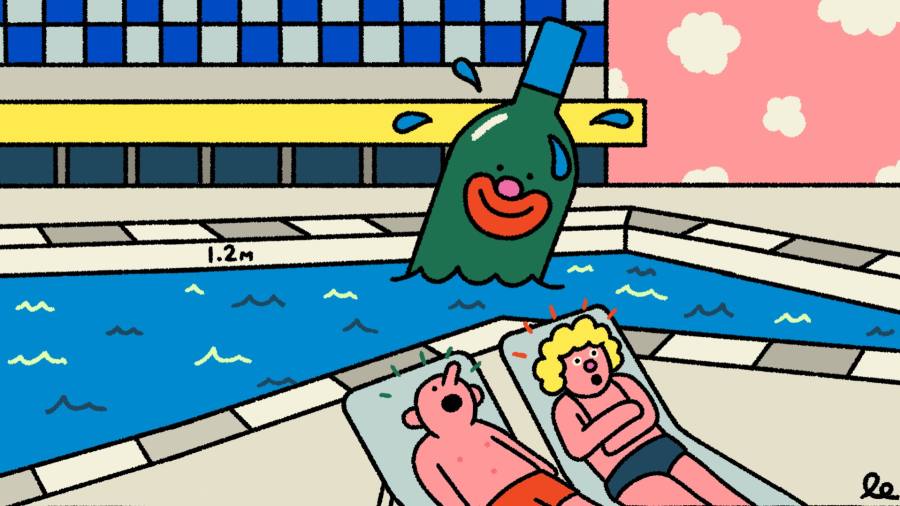 The Catalans seem to take conservation seriously. To the extent of removing an entire Club Med holiday village in order to restore the geologically unique north-eastern tip of the region to its natural state. Knocking down more than 400 buildings, which admittedly looked as integrated within the landscape as a caravan site, is surely taking rewilding to a new level.

This dramatic decision was inspired by the 1998 designation of Cap de Creus — the rocky outcrop in the hinterland of the seaside town of Cadaqués and the famous El Bulli restaurant — as a protected natural park. By 2010 the resort had been excised from the landscape and today the extraordinary rock formations of Tudela, where the Club once was, are again as nature intended.

On the August Saturday morning that I visited, the carefully landscaped trails were dotted with shiny Lycra as runners and cyclists made their determined way up them. My host was the energetic Anna Espelt, who runs her family’s Espelt wine operation, which has the most vineyards, 172ha, in the local appellation of Empordà (although the vast Perelada operation sells more wine).

Espelt’s tourist-friendly modern winery in Vilajuïga is based quite far inland and draws from vineyards in several different locations, but I feel Anna’s heart is most moved by those she was encouraged to plant in Cap de Creus, within sight of the sea. “I feel very good in this place,” she smiles as she takes in the view of the deep blue Mediterranean, the resort town of Roses in the distance and a bronze-age menhir that was unearthed by her father at the foot of her vineyards.

Before the phylloxera louse, which is fatal to vine roots, arrived back in 1879, Catalonia was wine country. By the turn of that century, a wine region with about 10,000ha of vines had been almost wiped out. Today, evidence of the 30,000km of painstakingly built stone terraces for vines can be seen on many a hillside. There are currently only 1,821ha of vines in production in this recently revived denomination.

It was partly to honour Cap de Creus’s viticultural legacy that Espelt planted vineyards there. The vine trunks were so spindly I thought they were only a handful of years old but they bear witness to how tough conditions here are for vines. The chilly tramuntana whistles through the mountains from the north, and the vines are buffeted by winds off the sea too. The park’s guardians are keen to encourage biodiversity. They see vines as more fire-resilient than many other plants in a landscape that is tinder-dry in a “normal” summer, let alone 2021 which, Espelt tells me, has so far seen just 153mm of rain.

The precision of that number is testament to the pain imposed by the drought but also Espelt’s scientific training. She was meant to be a biologist but in 2000 the opportunity to carry on her grandfather’s wine-producing legacy lured her back from California where she had been a cellarhand. She was very much thrown in at the deep end. Nineteen years ago, they planted 25ha of vines on Cap de Creus, partly to encourage others. Her first mistake, she says, was the decision to trellis the vines on wires rather than plant them as standalone bush vines, which would possibly have been more resilient and less thirsty. Nevertheless, the single-vineyard varietal wines they have yielded since 2017 are pretty impressive.

She has named them after places on Cap de Creus that have a special meaning for her. The white, made from Picapolla, as they call tangy Clairette grapes here, is called Pla de Tudela, after the beach where she particularly likes to swim. The red is made from Garnacha, a grape that is called Lledoner Negre here, and seems to be slimmed down and freshened up with each successive vintage. It’s called Cala Rostella after a pine-covered outcrop overlooking El Bulli.

These special bottlings are offered at the same price and I wondered if the Spanish market was ready to pay so much for a white wine. I was assured that the white sells out faster than the red, although admittedly it is made in smaller quantities. According to Espelt, “For many years we thought Empordà was a red wine area but now we learn we should focus on whites too — especially from the local varieties Lledoner Blanc [Grenache Blanc], Lledoner Roig [Grenache Gris] and Carinyena Blanc [Carignan Blanc].”

Espelt also covertly converted the family’s vineyards to organic viticulture and says she waited to break the news to her father, an agrochemical merchant, until after a bibulous Sunday lunch.

She pioneered the local renaissance of Grenache Gris, which can make arguably more interesting and perfumed wines than the pale-skinned Grenache Blanc. I had previously been rather unimpressed by the Carignan Blancs I had tasted in the Pyrenees in France, and one or two of the Empordà versions confirmed this. But La Vinyeta’s Microvins 2019, aged for 14 months in old French oak barrels and tasted at its stylish winery, won me over. It was dense, vibrant and had rather impressive grip. That said, both Josep Serra, co-founder of La Vinyeta, and Anna Espelt admitted that the grape doesn’t have that much actual flavour. Perhaps it will end up as a useful blending ingredient rather than as a varietal wine.

La Vinyeta, set up by Josep and Marta Serra in 2002, is another particularly interesting operation, very much informed by the fact that Josep’s brother is a designer in Barcelona. Microvins’ labels are a lesson in providing useful, geeky information in a clever, attractive way. And the team at La Vinyeta have really shown the locals how to entice visitors, with their outdoor café, sheep, cheeses and olive oil. La Vinyeta looks as though it belongs in California.

Empordà is very definitely on the move. It is well past its flirtation with international vine varieties and is now concentrating on the two most-planted varieties, both local: Lledoner Negre and Carinyena Negra, or Grenache and Carignan. These are the same varieties that dominate Priorat, the wine region that fetches Catalonia’s highest prices. Empordà is perhaps too small to be similarly appreciated, even though the average age of these Empordà vines, and their pale-skinned mutations, is impressively high. In a tasting of 73 Empordà wines recently, I was also delighted to see that some of the best wines included single-vineyard bottlings by one of the handful of co-ops — a welcome change from throwing everything into the same vat.

Some of the best wines of all are the strong, sweet ones, made in a wide range of ways and a number of them are completely stunning (after all, in terms of geology and climate, Empordà is a mirror image of Roussillon, home of Banyuls, on the other side of the Pyrenees). But I won’t waste space saying any more about them since I know how unfashionable such wonders are at the moment. I do hope their day will come. Together with their dry counterparts.

I gave all these wines at least 17 points out of 20 and am very sad to see how few of them make it to the UK.