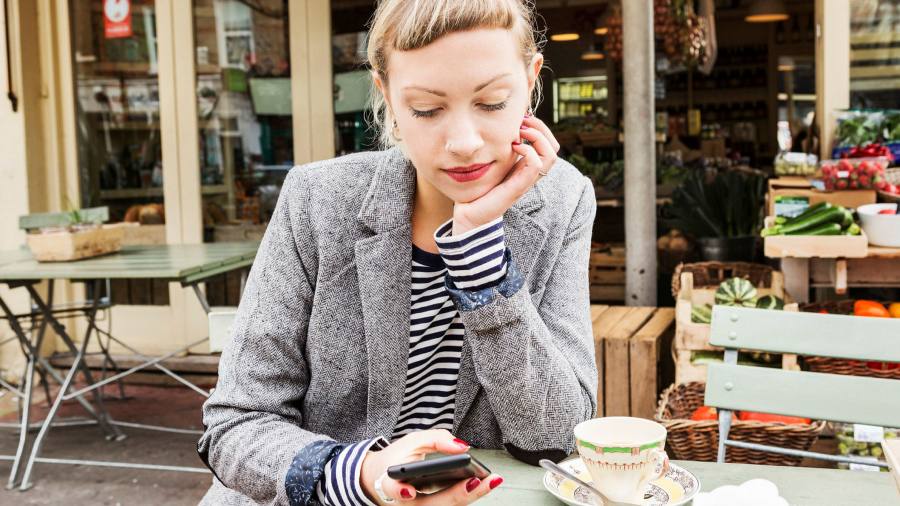 Sign up to myFT Daily Digest to be the first to know about Social Media news.

I had an unusual experience as I sat in a trendy north-east London café last week: a stranger sitting at the next table struck up a conversation with me. Even more surprising than an in-person chat after so many months of being stuck on the internet, was this man’s response, unprompted, to my telling him that I sometimes write about cultural issues: “Oh, cool! God, I hate all the woke stuff that’s going on at the moment — cancel culture and everything, it’s terrible.”

This wasn’t the kind of person you might imagine would launch into a critique of the culture wars in the first two minutes of a conversation; he was a fashion-conscious 28-year-old who worked in the film industry, speaking to me between sips of “artisanal coffee” and mouthfuls of that millennial favourite, avocado on toast.

Yet this wasn’t the first occasion in recent months that I have been surprised to discover, upon talking to someone in the real world, that they shared some of my concerns about the lack of tolerance for any view that deviates from a rigid set of supposedly “progressive” ideas, cultural codes and moral values that have become the consensus among certain groups over the past 18 months.

While I can think of countless instances on social media in which anyone who dares to even question these ideas is attacked viciously by online mobs, I can’t recall a single recent IRL (in real life) conversation in which I have come across the same lack of nuance and censorious moral grandstanding.

Perhaps some of the “consensus” that seems to have become so entrenched over the course of the pandemic might not be quite as widely shared as it appears to be. Maybe — though this might be a little optimistic — as we gradually return to face-to-face conversations, the culture wars that have raged online in recent months, often with real-world repercussions, might start to ebb.

One of the reasons the online discourse seems so polarised is the way that social media algorithms and 280-character limits favour simplistic and uncompromising points of view that play to a certain “side”. Also, those people who hold the most extreme views tend to share them more often. According to a poll by NGO More in Common, just 13 per cent of the British population falls into the “progressive activist” category but they are about six times more likely than the other seven groups identified to share their political opinions on social media. The category of “loyal nationals”, who feel the most threated by immigration, are the second most likely to post their opinions online.

“We think we’re divided but the proportion that says we’re divided is lower than a few years ago,” says Ben Page, chief executive of Ipsos-MORI, a polling group. “A lot of it is shouty media and shouty social media, and smallish numbers of people shouting at each other.”

It’s true that some of the blame must be taken by my profession. We, like the rest of the world, have been trapped online since early 2020 and have probably too often relied on social media as a gauge for how the general public thinks. “Journalism has always had the taxi driver bias — a journalist arrives in a new country and the people they speak to the most and first are taxi drivers,” says Martin Walker, a director at the Center for Evidence-Based Management. “Twitter is the new taxi driver.”

A further problem is that those of us who spend our time on the English-speaking internet falsely imagine that we are all living in the same society, when we are not. America is far more polarised than we are in Britain, and to a certain extent we have imported its culture wars (we even have a new Fox-News-alike channel dedicated to fighting them).

It seems to me that the “new puritanism” sweeping across the West might lose some of its power if the institutions that seem so keen to abide by its rigid rules — and to dole out punishment to anyone who breaks them — began to realise that the online social justice warrior mobs they pander to are less reflective of how most people feel than they imagine.

In the coming months, if all goes to plan, we will start returning to offices, cafés and cultural venues en masse, and engage in more face-to-face discussions. As we do, we might start to realise that we agree on more than we think.