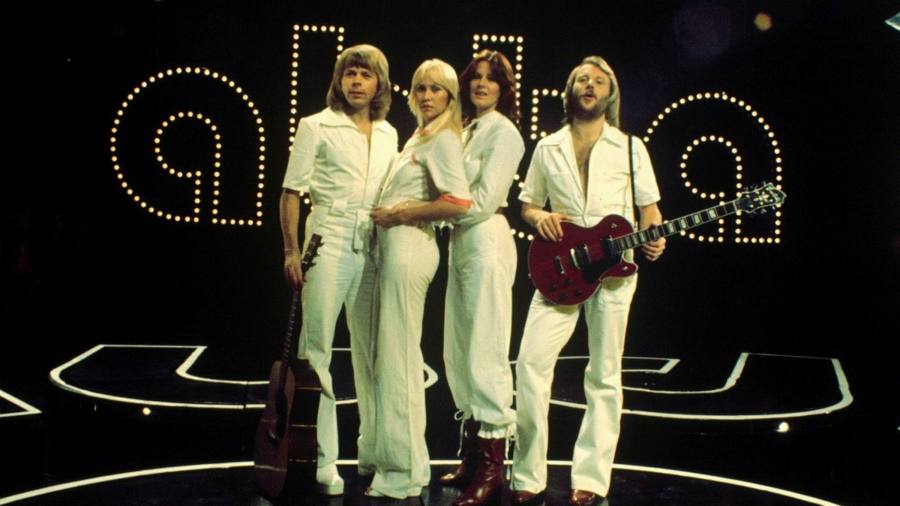 Sign up to myFT Daily Digest to be the first to know about Demographics and population news.

Unfortunately I didn’t keep the merch, because it might now be worth a few krona. But joining the official Abba fan club at the age of 7 had immediate rewards: playground status. When we practised the band’s dances and lip synched the songs, the older, cooler primary school girls could be ruthless in pushing us out of the line-up. But I had the fanzine and the lyrics.

The 1970s are long gone. And in the words of one of the songs the Swedish supergroup unexpectedly released this month, Abba fandom is “not the same this time around”. My thrill at the deliciously sibilant lilt of the reborn Abba sound may be predictable nostalgia. But the 2021 relaunch is different because my two young daughters and their friends seem to be along for the ride.

This is the Mamma Mia! effect. The movie, based on Catherine Johnson’s long-running stage musical with Abba soundtrack, is about a mother and daughter living on a tiny Greek island. Outings to the stage show have become a rite of passage for all ages and the screen version seems to be on a loop in many homes, including mine.

“It had to be about the generations,” Johnson tells me. “That came from the songs.” She is delighted to hear about the mother-daughter bonding sessions to which myself and a colleague confess. It was the “little dramas” that the playwright found contained in the Abba lyrics and their “Nordic melancholy” — the yearning, the search for connection — that led her to fashion a story about a parent-child relationship that, it seems, has the power to reinforce it in the telling.

So the clamour for tickets to the Abba reunion concerts next year is not just confined to those of us who remember the glory days — the audiences promise to be a generational hotchpotch.

This bonding is part of a little-noticed countervailing trend amid much talk of intergenerational conflict — think of the fight over increased taxes on younger workers to pay for social care for the elderly. These economic tensions are genuine, but social scientists say that in many western countries family connections between the generations are strengthening, even as the shape of families changes.

“Surveys show better, stronger parent and child relationships.” says Bobby Duffy, director of the policy institute at King’s College London, and author of a new book on generational divides. According to Duffy, culture is central to forging better links between peer groups, who are too often segregated. Music can traverse generational boundaries because of the digital revolution: the internet has made songs of the past available and immediate once again. As Duffy puts it: “When everything is stored, nothing is forgotten, so it can be recycled, redeveloped and shared.”

But this may not be enough. He points out that outside the family, and beyond these new musical bonds, the generations have a much more fractured digital life, and as a result “we’re talking past each other”.

Caroline Macfarland of Common Vision, a UK think-tank, has doubts about any wider benefits of these stronger family ties too. Instead of breaking down intergenerational suspicions, families can actually reinforce “othering”. As she says: “Everyone is more tolerant of their own racist uncle but is really intolerant of other people’s racist uncles.”

It may be too much to hope that musical theatre or 70s hits can prevent a nascent intergenerational war. But policy experts are intrigued by how the digital revolution is transforming nostalgia, which divides age groups, into something fresh and social. As Ben Page of Ipsos Mori puts it: “The past is more present.”

Duffy’s book calls for community efforts to bridge the divide — such as students placed with older householders or the retired offering extra reading practice to young children. But he decries as “phoney” the idea that we are in a full-blown, raging generational war — as Abba put it in “Fernando”, the conflict is less “the roar of guns and cannons” than “the distant drums and bugle calls”.

So to nurture social cohesion, we must find the policy equivalent of a wedding dance floor when the DJ puts on “Dancing Queen”, with young and old from different families crashing around happily together.

1 thought on “Could love of Abba help generations take a chance on unity?”