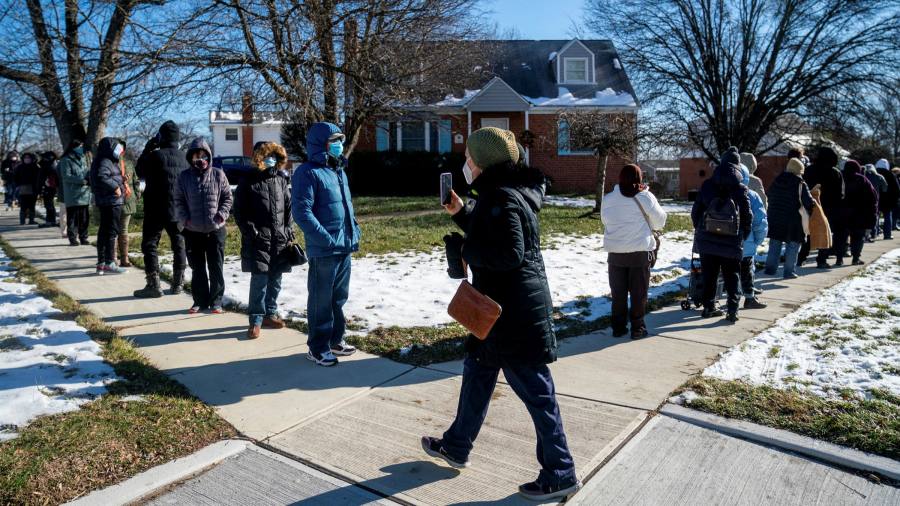 As anyone who has tried recently to get a Covid test knows, the pandemic has radically reshaped the market for medical diagnostics, several times over.

After a mad scramble for tests at the start of coronavirus, the sector fell out of focus last year as the US and other rich countries prioritised vaccines. Now testing has moved front and centre again as the Omicron variant spreads. Some would-be customers have had to line up for hours for supervised tests, while others scramble to get their hands on scarce at-home tests amid hoarding.

Despite all this, Covid testing has boosted revenue and profits at proven manufacturers and laboratories and attracted new players who scent an opportunity they believe will outlast the pandemic. Attitudes toward at-home healthcare and routine disease screening have shifted dramatically and these companies want to be the ones to profit, both from Covid and other illnesses. But in the meantime they need to avoid alienating customers with shortages, high prices and unmet promises.

The sharply rising share prices of Abbott Laboratories and Roche reflect the large revenue gains they have made from Covid testing. Other groups hope to emulate them. Abbott, which built two new factories, is the US’s biggest supplier of rapid antigen tests, while Swiss-based Roche is a global leader in laboratory-based PCR tests. Private equity-backed Innova Medical won £3.7bn in UK government contracts and now supplies 21 countries (though the newcomer also had to recall US tests after failing to provide acceptable reliability data.)

Manufacturers across the board say their efforts to meet demand have been hampered by the way new variants have driven frequent shifts in public health guidance and inconsistent government purchasing. They also complain that national demands for specific packaging make it impossible to redirect supplies when demand shifts.

Last summer, after US authorities downplayed the use of rapid tests, Abbott laid off workers and disposed of components only to have to ramp back up again this winter. Innova, which sells mostly Asian-made tests, is building a new production facility in Wales, but chief executive Daniel Elliott says it lacks enough contracts to be profitable after the company failed to win additional UK government orders.

Labs and medical clinics are also benefiting from demand for supervised tests: profits at Australia’s Sonic Healthcare more than doubled. But opportunistic outfits risk undermining public confidence by promising prices and timescales they fail to deliver. In the UK, 13 large providers have formed the Laboratory and Testing Industry Organisation to set standards and self-police.

Predicting demand is difficult. Debate over whether at-home tests should remain free is raging in the UK, just as the US government begins to hand them out and require insurers to pay. The need for tests is probably seasonal and likely to decline even if Covid-19 never completely goes away. Retail prices also range wildly: in the US it is above $20 for two at-home tests, while French law caps charges at €5.20 per test. Meanwhile the World Health Organization says that less than 1 per cent of tests have gone to low-income countries.

The lasting profits in testing lie with convincing patients, insurers and governments that it is worth paying for routine screening for all kinds of diseases. The market was already growing, but Covid has accustomed many more people to self-testing. Some companies are betting that patients will now be willing to try home tests to distinguish between influenza, Covid and a common cold. Others see the market expanding as tests are developed to screen for the viruses that cause chronic diseases such as hepatitis C and cervical cancer.

Companies are also working on inexpensive readers that automatically upload the chemical results of a home test rather than relying on patients to report whether they see a line. There is potential money in pandemic preparedness if the rigours of the past two years make governments willing to pay to keep test production lines ready to roll so they can be modified for the next infectious disease.

These, and other bets that Covid is transforming medicine, including investments in telehealth and artificial intelligence-driven automation, help explain why venture capitalists pumped $29bn into US digital health start-ups last year. That’s nearly double 2020’s record total, according to Rock Health.

Companies should be doing more to make Covid testing easy to access, use and afford. There are long-term profits for them in it.