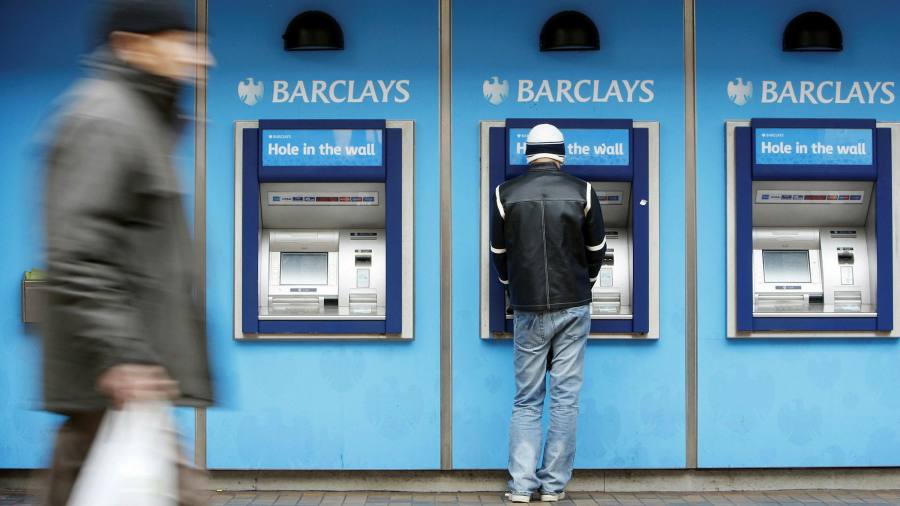 Sign up to myFT Daily Digest to be the first to know about Credit cards news.

At first glance, Barclays’ push into the US credit card business looks like an astute move. The deal to take over a $3.8bn portfolio of Gap co-branded retail credit cards from Synchrony Bank comes just as Americans are whipping out their plastic once again.

Credit card usage has jumped in recent months amid mass vaccine rollouts and easing Covid-19 restrictions. JPMorgan Chase, one of the country’s largest credit card issuers, said card spending rose 51 per cent year on year to $223.7bn in the second quarter. At standalone card companies such as Synchrony, Capital One Financial, Discover Financial Services and American Express, spending volume growth ranged from 35 per cent to 49 per cent over the period. Credit quality has remained robust.

But spending is not the same as borrowing. While consumers have returned to using their credit cards for shopping, they have also opted to keep paying down their balances rather than incur interest payments. Credit card debt fell by $108bn last year, according to data from the Federal Reserve Bank of New York. That marked the largest annual decline since the data series began in 1999. By the end of the second quarter, the total remained $140bn lower than it was at the end of 2019.

For card issuers that make money by charging double-digit interest rates on revolving lines of credit, that poses a problem. Historically, wide spreads have made credit cards more profitable than other kinds of lending, including mortgages. But at Synchrony, falling credit card debt resulted in a 6 per cent drop in interest and fees on loans in its latest quarter.

The consequence is increased competition. Card issuers are stepping up their fight for new customers by offering more rewards and looser lending standards.

Long term, credit card use is expected to return to pre-Covid levels. By then, however, Barclays will have to contend with more competition. As a relatively small player in the US market, the fight for new business will be tough.