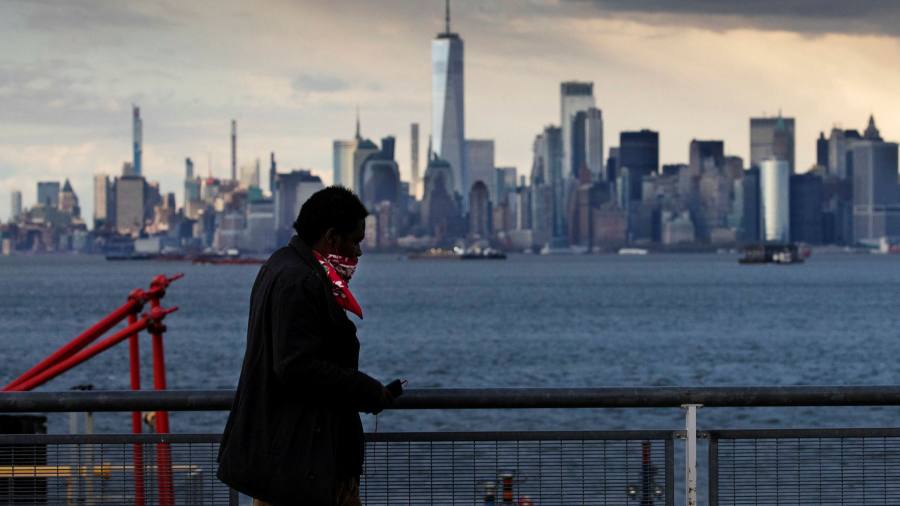 Sign up to myFT Daily Digest to be the first to know about Flexible working news.

The pandemic created a tempting opportunity for many urban workers who found themselves working from home: to move somewhere cheaper and take their big city salaries with them. There were hopes this could rebalance our economies too, by allowing good jobs to spread out of expensive and overcrowded cities into areas that could use the boost. But as employers begin to adjust their policies to a post-pandemic world, there is a possibility the dream will evaporate. If you move to cut your living expenses, your employer might cut your pay.

Google staff who decide to work from home permanently after the pandemic will have their pay determined by their location, Reuters reported last week. Someone living in Stamford, Connecticut will be paid 15 per cent less if they work from home, unlike someone who works from home in New York City, for example. Facebook and Slack have also said they will adjust people’s salaries based on where they live.

This approach is not unusual in the tech world, where remote working was relatively common before the pandemic. Google has said “our compensation packages have always been determined by location, and we always pay at the top of the local market based on where an employee works from”. Gitlab, a software company with 1,300 all-remote staff, publishes its compensation calculator online. It uses data on market salaries in the person’s location to determine a “competitive rate”.

In a blog, the company says if it paid everyone the same top rate for the same work, “our compensation costs would increase greatly”. It also argues that too many staff would cluster in cheaper areas, which wouldn’t be geographically diverse.

But holding on to this approach in the post-pandemic world is risky. As more people work from home permanently, it crystallises the fact that some are paid differently for the same work. It also means pay cuts for some workers whose jobs have not changed. If two workers from the same head office want to switch to working from home, but one inherited a house in an expensive city while the other had been living in a commuter town, is it fair for the latter to take a pay cut? There is a reason that economists say nominal wages are “sticky”: people don’t like pay cuts, no matter how they are justified, and employers usually try to avoid them.

Location-based pay systems require constant adjustment to keep up with market conditions and employee moves. One could imagine a flourishing future market for rented mailboxes or sublet bedrooms for staff who want to trick employers into paying the big city rate. Some companies already seem worried. “We’ll adjust salary to your location . . . There’ll be severe ramifications for people who are not honest about this,” Facebook chief executive Mark Zuckerberg warned staff in a video in May. In a tight labour market, unhappy Google and Facebook staff could be poached by companies with a different approach. Reddit, the message board site, and Zillow, the property marketplace, have both said they will pay remote workers the same regardless of location. Reddit announced in October it would scrap “geographic compensation zones” in the US and tie pay to “high-cost areas such as San Francisco and New York, regardless of where employees live”.

This points to a deeper problem with tying salaries to what local employers pay. In a world where remote work is more common, a fully remote software engineer in Cleveland, Ohio doesn’t just have access to software jobs at Cleveland companies. Post-pandemic, they are part of a national market for remote workers and could accept an offer from an employer based anywhere.

It’s too soon to know whether location-based pay will be the norm for remote workers beyond the tech sector, or whether companies such as Google will be forced to change course by employees with better options. In the UK, a survey of employers by the Chartered Institute of Personnel and Development found that only 7 per cent of those that vary pay geographically (for example by giving a “London weighting” to capital based staff) have changed pay to reflect homeworking so far. However, a further 16 per cent are “keeping the issue under review.”

Decisions made over the next 12 months inside thousands of companies will determine how popular and widespread working from home becomes. Jake Rosenfeld, a professor at Washington University who studies pay setting, says that “power lurks in the background of all these decisions” and that right now “there is real power behind workers’ backs”. The future of remote work will depend on how long that power lasts.